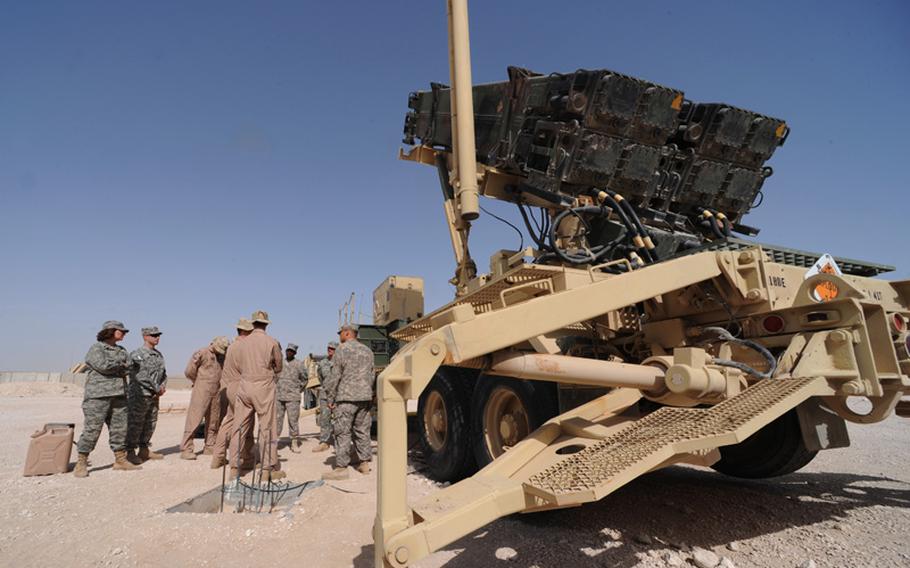 And by month’s end, NATO expects the batteries from the U.S., Germany and the Netherlands to be fully operational, providing protection for some 3.5 million Turkish people, said Brig. Gen. Garry Deakin, director of Supreme Headquarters Allied Powers Europe’s strategic operations center. The mission in Turkey is expected to last for at least a year, he said.

“We’re planning to sustain this mission as required to augment Turkey’s air defenses,” Deakin said during a news conference at NATO headquarters in Brussels.

On Dec. 4, NATO defense ministers authorized deployment of Patriots in response to a request from Turkey, which had expressed concern over cross border shellings in October that killed several Turkish citizens. Since then, the alliance has been getting its forces into position in Turkey.

In all, NATO allies are sending six batteries and about 1,200 troops for the mission, dubbed Active Fence.

The bulk of the U.S. force is coming from the Army’s 3rd Battalion, 2nd Air Defense Artillery, which will operate from Gaziantep, a city less than 80 miles from Aleppo, Syria’s largest city.

“The deployments of the Patriots will be defensive only, but they send a strong signal of allied solidarity,” said Oana Lungescu, NATO spokeswoman.

The deployment of the Patriot batteries is part of NATO’s standing defense plan.

“This is not anything spectacularly new for us,” said Deakin, who noted the alliance provided similar support to Turkey in 1991 and 2003 when Dutch forces deployed troops and Patriots to the country.

“Currently, it’s all going according to plan,” Deakin said.