Life goes on in the villages near Combat Outpost Sabari 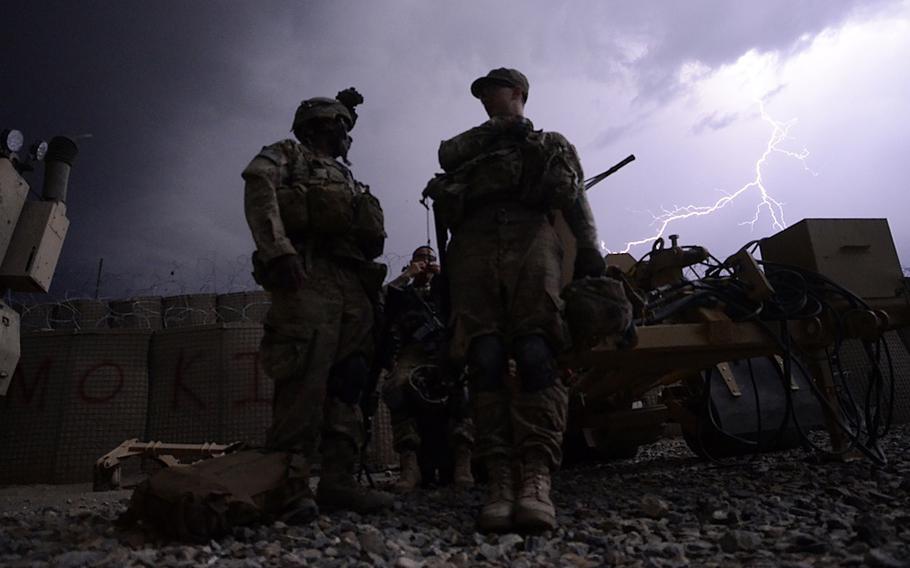 Buy Photo
Spc. Devon Jackson, left, Pfc. Dillon Nguyen, middle, and Sgt. Nicholas Streeter, with Company A of the 1st Battalion, 501st Infantry Regiment wait for new orders in a thunderstorm after returning from the scene of a firefight between insurgents and U.S. forces in eastern Khost province. Two U.S. soldiers suffered minor injuries in the attack. (Joshua L. DeMotts/Stars and Stripes)

As the Taliban-led insurgency grinds on into its 11th year, life goes on in the villages near Combat Outpost Sabari in eastern Khost province, Afghanistan, about 20 miles from the Federally Administered Tribal Areas of Pakistan.

Sabari lies on one of the many routes insurgents take when trying to transport weapons from Pakistan to Kabul.

These images were made during a week of patrols in early April with soldiers of the 1st Battalion, 501st Infantry Regiment&rsquo;s platoons deployed to COP Sabari from Fort Richardson, Anchorage, Alaska.

Spring brings life to the fields that surround the villages, but also brings a new fighting season. The 1-501 is charged with limiting the insurgents movement by conducting house-clearing missions, searching for weapons caches and occasionally a few longer missions.