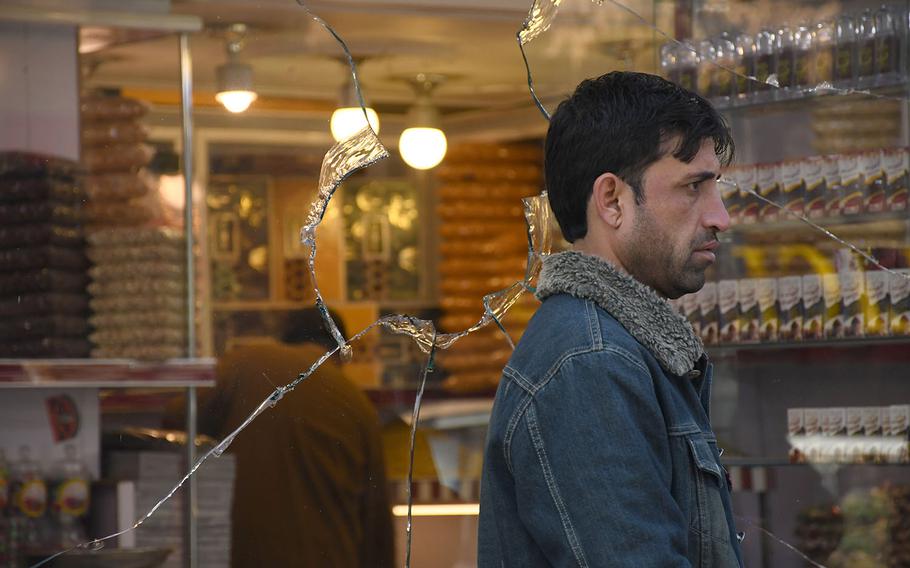 Buy Photo
A man walks past a shop window in Kabul shattered by rocket blasts on Saturday, Nov. 21, 2020. (Phillip Walter Wellman/Stars and Stripes)

Buy Photo
A man walks past a shop window in Kabul shattered by rocket blasts on Saturday, Nov. 21, 2020. (Phillip Walter Wellman/Stars and Stripes) 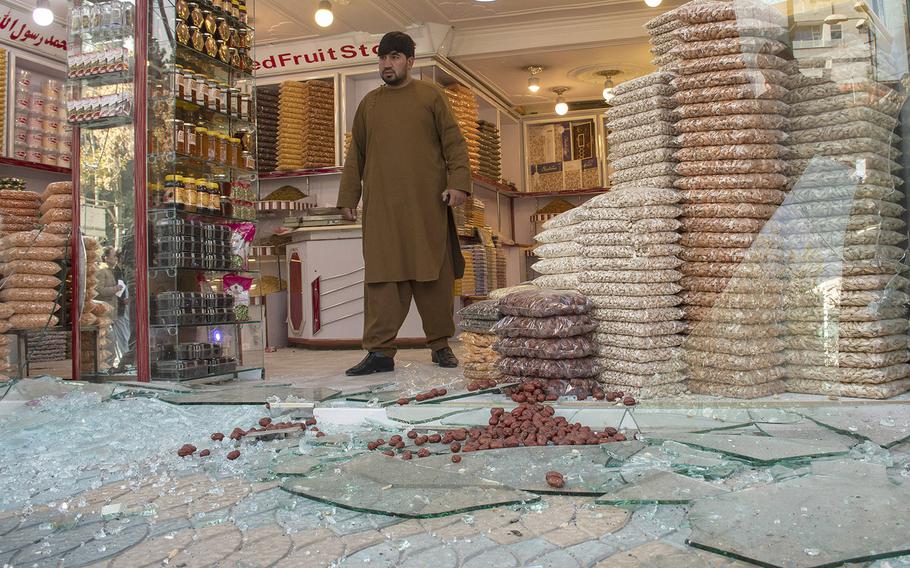 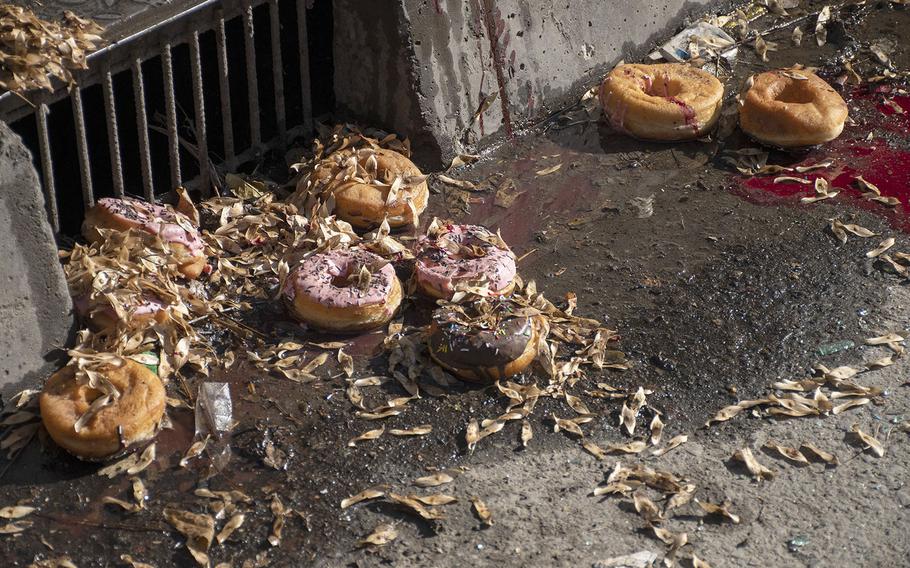 Buy Photo
Donuts litter the street in Kabul's Shar-e-Now neighborhood on Saturday, Nov. 21, 2020, after a rocket attack damaged several shops in the area and destroyed a bakery van. (Phillip Walter Wellman/Stars and Stripes) 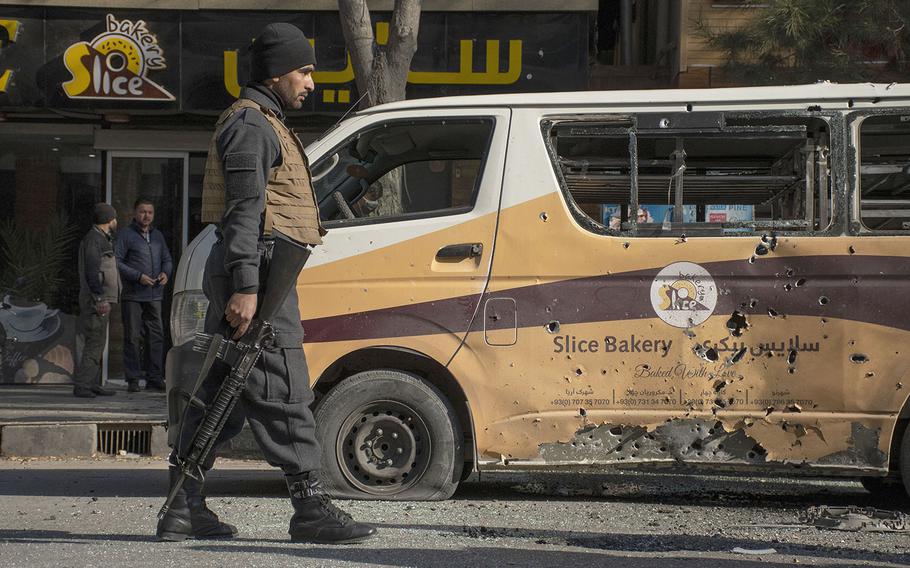 Buy Photo
An Afghan security official patrols a section of road in the Shar-e-Now area of Kabul, which was hit by rockets on Saturday, Nov. 21, 2020. (Phillip Walter Wellman/Stars and Stripes)

The attack followed two magnetic bomb blasts in other parts of the city earlier in the day and add to a spate of violence that’s continued throughout the country despite ongoing peace talks between the Taliban and the Afghan government.

The sound of rocket fire followed by explosions could be heard shortly before 9 a.m. in densely populated areas around Kabul’s heavily fortified Green Zone, where the U.S. Embassy and NATO’s Afghanistan headquarters are located.

One of the rockets landed on the Iranian Embassy compound, but wounded no one, the embassy said in a statement.

Aliya Azizi, a resident of the Qala-e-Musa neighborhood, said at least two rockets fell near her house and shattered its windows.

“We were having breakfast and suddenly there was some noise and then large explosions that shook the entire house,” Azizi told Stars and Stripes, adding that the blasts injured some of her neighbors.

In the nearby area of Shar-e-Now, several businesses and a bakery van were destroyed, with donuts and glass littering the street.

The Taliban, who have pledged not to attack cities as part of a February deal with the U.S., quickly denied involvement and no other group immediately claimed responsibility.

“Terrorizing and targeting the civilians must stop,” Abdullah said.

The U.S. Embassy in Kabul on Saturday advised Americans in Afghanistan to maintain a high level of vigilance.

Saturday’s attacks came just hours before Secretary of State Mike Pompeo was to hold separate meetings with Taliban and Afghan government negotiators in Qatar amid stalled peace talks between the sides.

Under February’s U.S.-Taliban deal, all international forces could pull out of Afghanistan by May if certain conditions are met.

Earlier this week, the Pentagon announced it would reduce the number of American troops in the country to 2,500 by mid-January, despite previous military assessments that called for a larger footprint due to the situation on the ground.Zubair Babakarkhail contributed to this report.wellman.phillip@stripes.com Twitter: @pwwellman