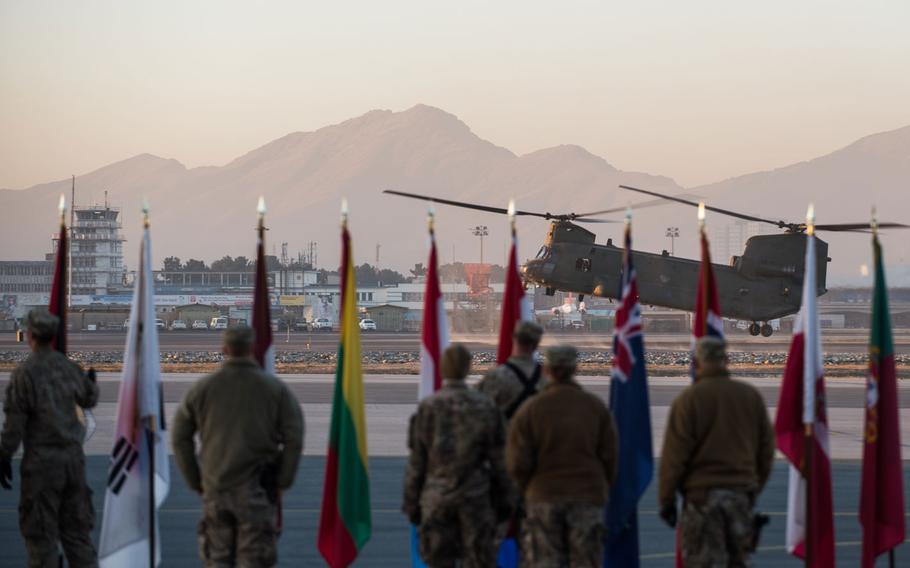 KABUL, Afghanistan — Insurgents targeted a NATO convoy with a suicide car bomb Monday near the military side of Kabul Airport, killing one civilian and injuring dozens more, including schoolchildren, Afghan government officials said.

The bomb went off as a Turkish military convoy passed, a police official said. A spokesman for the international military coalition in Afghanistan said no foreign troops were injured.

Among 33 civilians injured by the blast were 18 children studying in a nearby religious school, said Public Health Ministry spokesman Mohammad Ishmael Kawousi. None of the injuries are thought to be life-threatening.

The blast, which could be heard across central Kabul, occurred about 8 a.m. near the main gate of a coalition military base that shares a runway with the civilian airport.

The Taliban, who often exaggerate the effects of their attacks, claimed responsibility through a spokesman, who said the bomb killed 10 foreign and three Afghan employees of the base.

The area around the airport, which contains crucial military assets and houses a large contingent of the Afghan air force, has been a frequent target of attacks, as have other airports in the country. On Dec. 8, insurgents laid siege to Kandahar Airport, which is also attached to a major military base, killing 50 people, mostly civilians.

Insurgents have stepped up attacks in Kabul this year, though there had been a relative lull since a Dec. 11 attack on a compound housing employees of the Spanish Embassy.

Resolute Support is made up of roughly 13,000 foreign troops, the vast majority American. There are several thousand additional U.S. troops that fall outside that mission and focus on counterterrorism operations.