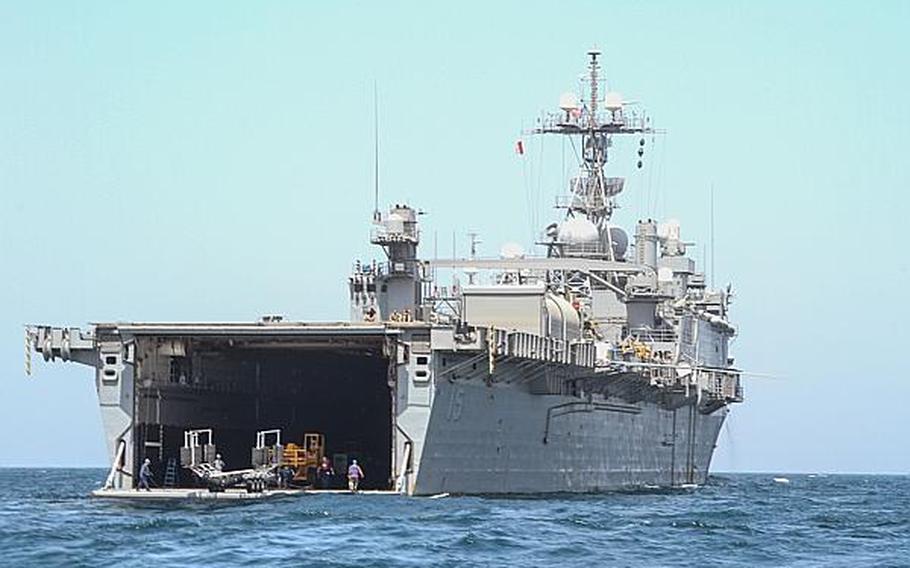 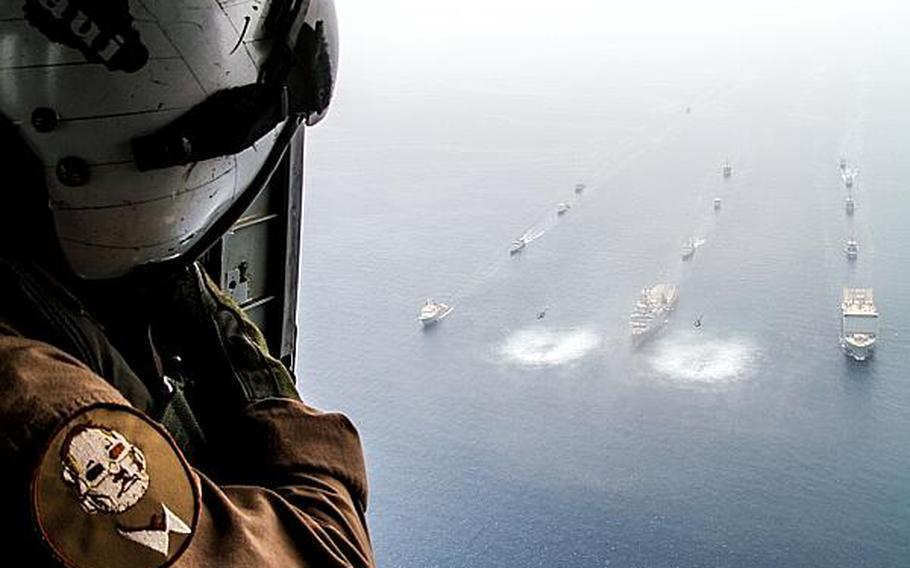 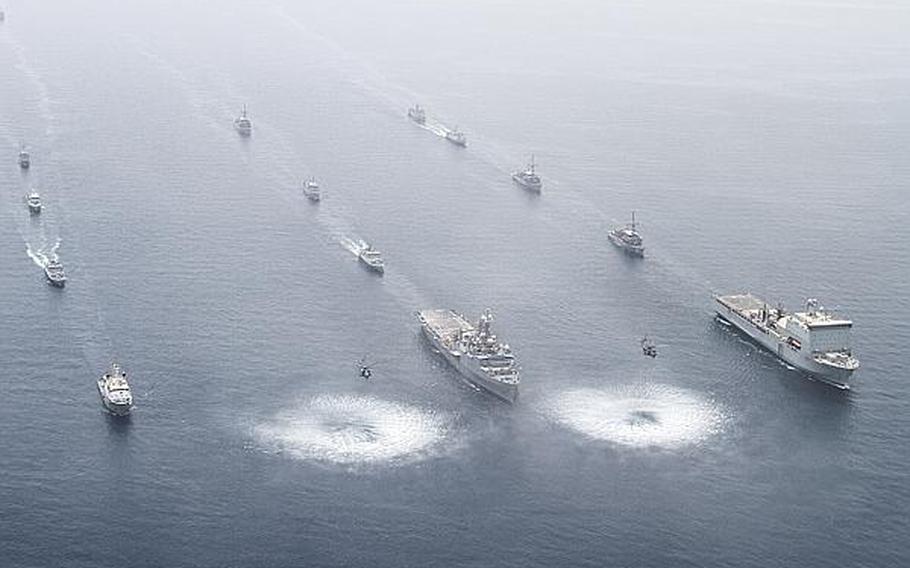 ABOARD THE USS PONCE, Persian Gulf — The most important piece of equipment on the ship can sometimes be a simple power adapter, according to Capt. Jon Rodgers, commander of the USS Ponce. His ship is the center piece of a large-scale international mine countermeasures exercise involving 41 nations, which is testing the ship’s capabilities as not only an afloat forward-staging base, but an international one at that.

As part of this year’s International Mine Countermeasures Exercise, members of 14 countries were aboard the 42-year-old ship, which was forward-deployed last June as a permanent presence in the Persian Gulf instead of being decommissioned. The exercise ends May 30.

“We brought nations together,” said Rodgers.

To do this, the ship’s crew has to consider the different power requirements of each nation, the culture and the different types of diets. “Those are the things we learned last year and that we are applying this year.”

Last September, the USS Ponce participated in a similar international exercise where the simple task of plugging in a computer with a different plug was a hurdle, he said.

This year’s massive exercise was being staged amid rising tensions in the area over Iran’s nuclear program and Tehran’s support of the regime of Syrian President Bashar Assad in the civil war in that country. Still, U.S. officials have emphasized that the event has nothing to do with Iran and was only aimed at dealing with the threat posed by sea mines to busy shipping lanes.

Rodgers said he believed the U.S. has a tendency to over-classify things and for the purposes of this exercise tried to keep everything unclassified in order to provide all national contingents access to the same information. “Especially in the mine countermeasure mission, we don’t want anybody excluded.”

Perhaps the biggest challenge was finding bed space for the 226 additional people who embarked for the exercise. This was no easy task and people were shuffled around including the ship’s crew, said Lt. Cmdr. David Wright, the ship’s supply officer.

With the ship at 95 percent capacity, Wright describes the USS Ponce as a massive hotel.

Leading up to the start of the exercise the berthing plan went through many changes, including having to accommodate a larger number of embarked women than initially expected. “We just can‘t create female berthing,” said Wright, who resolved the issue by putting some women in six-person officer staterooms.

“I understand there were some accommodations issues, but it worked for me,” said Lt. Stephenie Murray of the Royal Canadian Navy, one of the women who was put in a stateroom. She said her stay on the ship had been a good one, but admitted that operationally it was quite a challenge with everyone competing for precious space and resources.

“But it’s nice to have a real operational center where everybody is there to talk to, so we’re not running over to some other HQ so you can figure out what they’re doing,” explained Murray.

For the ship’s crew the berthing issues were a small inconvenience, but the week offered some unique opportunities. Lt. Christina Myers, the Ponce’s weapons officer, said she enjoyed the dinner conversations with the foreign servicemembers.

“Not everyone gets this experience, and it’s a wonderful experience,” she said.