IG report: US sent bomb-sniffing dogs to Jordan, then they died from poor care 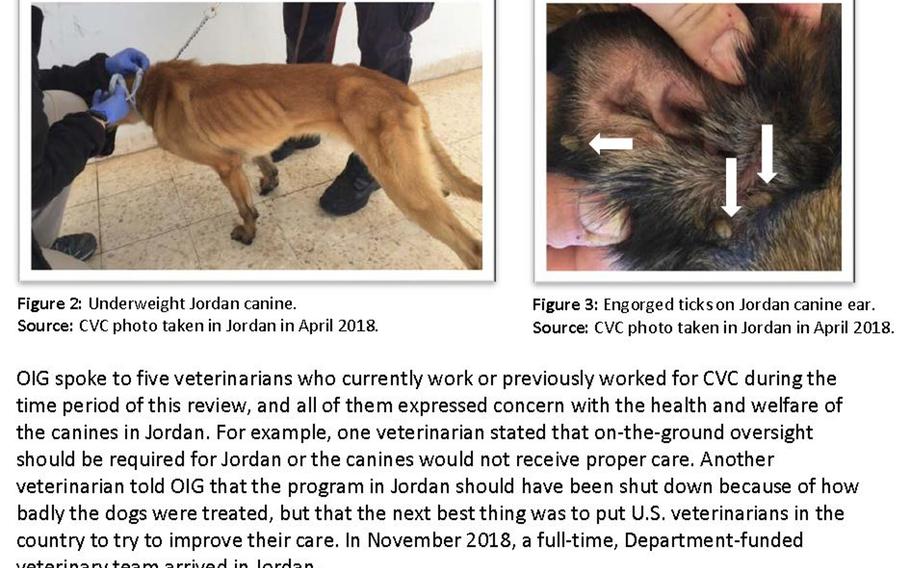 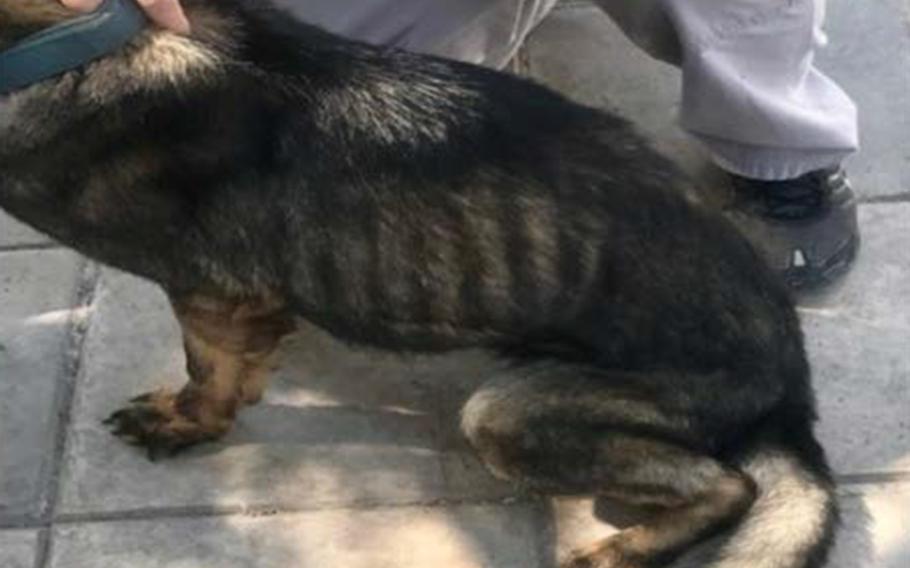 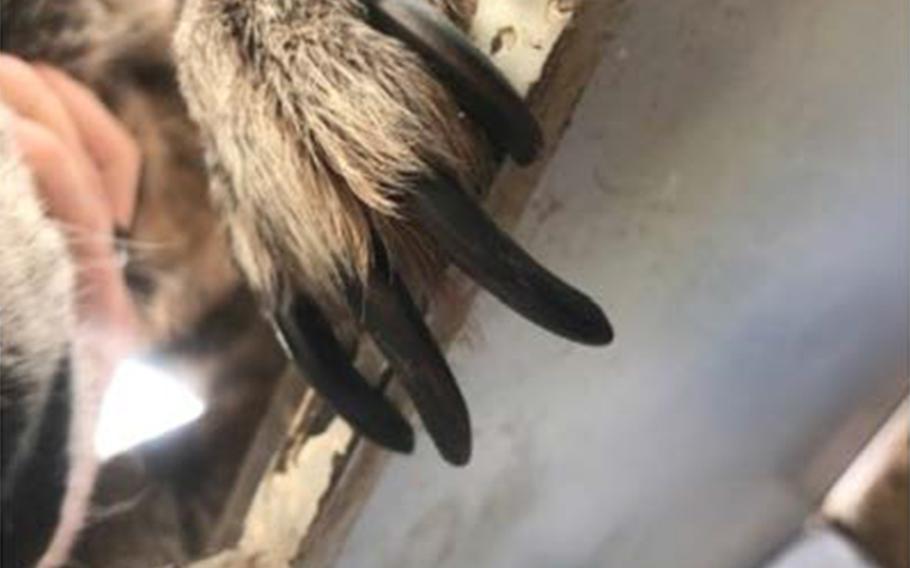 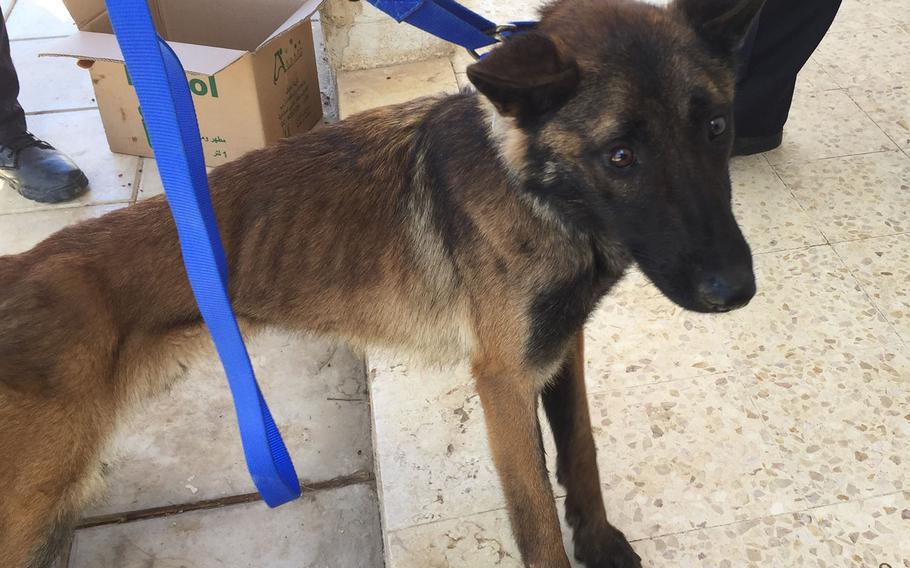 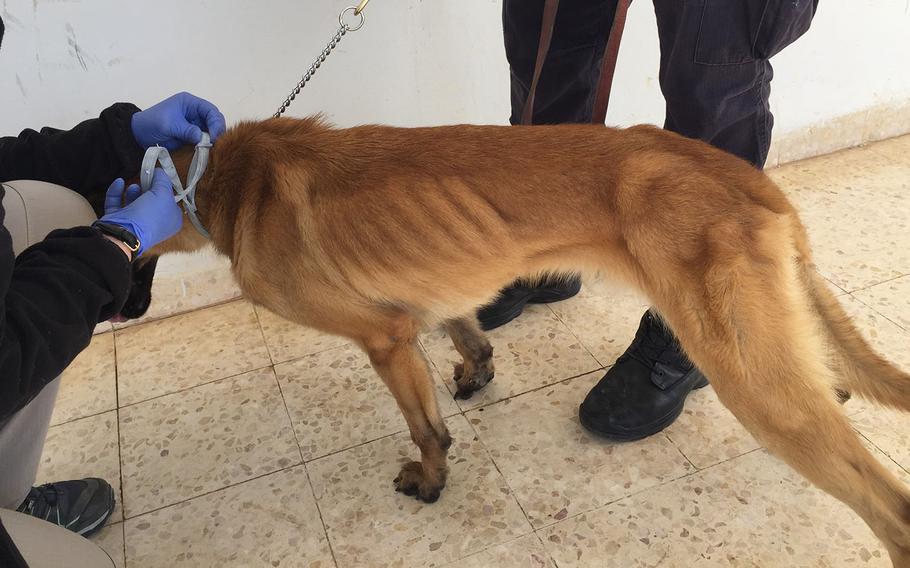 A malnourished Jordanian bomb-sniffing dog named Mencey is seen in an April 2018 photo taken when a team of veterinary workers traveled from the U.S. to prevent an outbreak of insect-borne illness among U.S.-trained working dogs the State Department provided to Jordan. The 3-year-old Belgian Malinois had Leishmaniasis from sand flies and was euthanized when his kidneys failed. (U.S. State Department Office of the Inspector General) 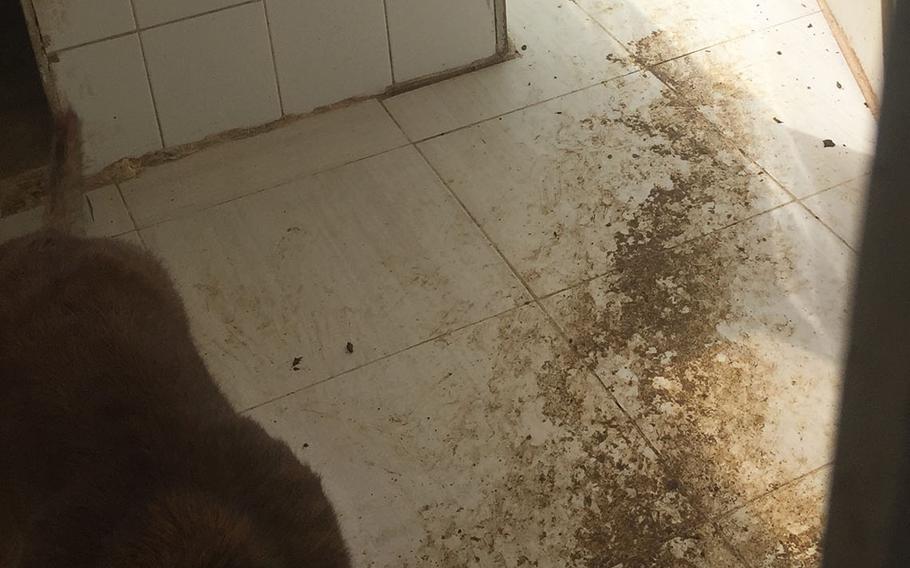 A photo from April 2018 shows a kennel covered in dirt and feces where a U.S.-trained bomb-sniffing dog was living in Jordan. (U.S. State Department Office of the Inspector General)

The U.S. government continued to provide dozens of bomb-sniffing dogs to the Kingdom of Jordan, even as the animals were dying of serious health problems and others were so poorly treated that they had “lost the will to work,” a government evaluation found.

Since 2008, at least 12 U.S.-trained explosive detection canines provided to the kingdom under an antiterrorism program died from medical problems. Others were overworked, unhealthy and forced to live in kennels with “barely existent” sanitation, including some where a deadly virus was rampant, officials said.

The “dire straits” of Jordan’s program were revealed in an evaluation of the State Department’s program by the agency’s inspector general’s office. Released this week, the report calls for the department to stop sending dogs to Jordan until a plan is in place to ensure the animals’ health and welfare.

Infrequent and inconsistent health and welfare checks on the dogs were among a range of problems plaguing the program, which has supplied over 100 dogs to six foreign countries since 2016, the report said. Other issues include a lack of policies or standards and a tendency to provide the dogs to foreign governments without agreements on how they will be used, cared for and eventually retired from service.

For more than 20 years, the State Department has provided bomb-sniffing dogs to foreign countries. But the program came under scrutiny in May 2018, nearly a year after a complaint left on an IG hotline alleged a lack of oversight, insufficient health care for the animals and poor working conditions.

The program in Jordan is by far the largest recipient of U.S.-trained dogs, but the department could not provide detailed information about programs in nine other countries which had a total of between 75 and 100 active dogs as of last September, the report said.

The exact numbers of dogs active in those other countries — Bahrain, Egypt, Indonesia, Lebanon, Mexico, Morocco, Nepal, Oman and Thailand — were unclear because officials provided “insufficient and contradictory documentation,” the IG said. Dogs were also provided to the Dominican Republic and Afghanistan, but officials provided the IG no data on those animals and said the program “does not maintain documents related to the welfare of dogs in Afghanistan.”

In Jordan, the dogs were “required to search large numbers of vehicles without proper shelter, sanitation, and care,” officials found in a site visit to assess the country’s program in spring 2016. “The canines observed were well beyond their working years, and in need of medical care. [An official] gave several instances of canines dying from heat exhaustion within the past year.”

Heat injuries are not accidents, a veterinarian told the IG; they’re the result of negligence and improper care.

But dogs have continued to suffer severe health problems that were indicative of substandard care, and little progress has been made in Jordan’s ability to care for them, the IG found.

Two of the dogs sent since early 2016 later died of health problems linked with poor working or living conditions and a third was returned to the U.S. to recover after being found severely underfed and living in a kennel covered in dirt and feces.

Jordanian authorities may be unable or unwilling provide adequate care without U.S. intervention, the IG said.

In 2018, after persistent problems, the U.S. program paid $540,000 for a veterinarian and veterinary technician to work with the Jordanians for one year.

Officials have been working to address other issues raised by the IG, including plans to send traveling veterinary teams to assess the health and training of dogs provided to foreign partner countries, Assistant Secretary of State for Diplomatic Security Michael Evanoff and Amb. Nathan Sales, coordinator for counterterrorism, said in a joint written response to the IG’s findings.

The program has also taken steps to address health and welfare concerns in Jordan, the senior officials said, but declined to stop providing the dogs to Jordan. That was the only one of five IG recommendations in the report that the program resisted, citing national security and counterterrorism concerns and a 2017 mandate to prevent explosives from reaching the U.S. homeland.

Those concerns were not reason enough to continue supplying dogs without first addressing serious health and welfare concerns, the IG said.

“Canines lose their effectiveness when their quality of life is poor,” it said in response to concerns expressed by Evanoff and Sales.