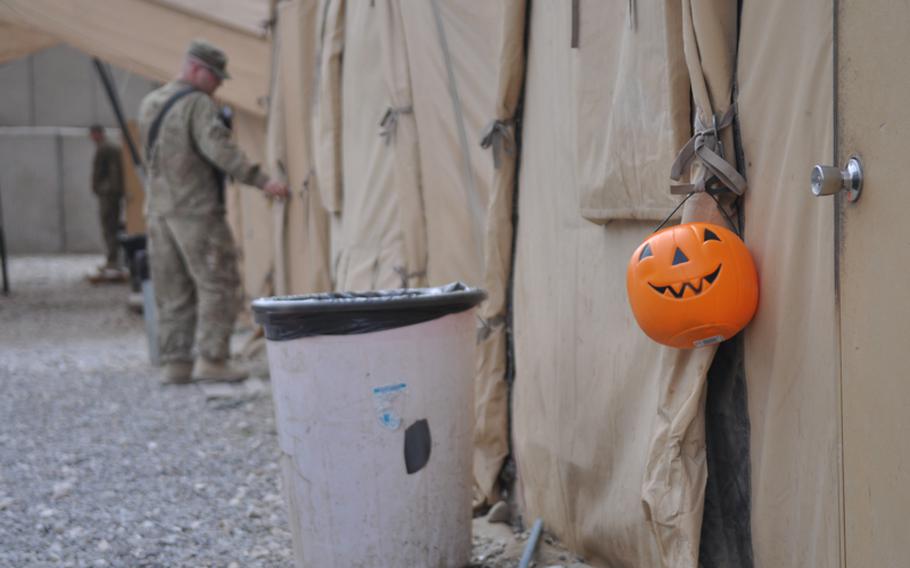 A plastic jack-o’-lantern decorates a tent at COP Gormach, Faryab province in Afghanistan, bringing a touch of Halloween to Afghanistan on Oct. 31, 2011. (Neil Shea/Stars and Stripes)

A plastic jack-o’-lantern decorates a tent at COP Gormach, Faryab province in Afghanistan, bringing a touch of Halloween to Afghanistan on Oct. 31, 2011. (Neil Shea/Stars and Stripes) 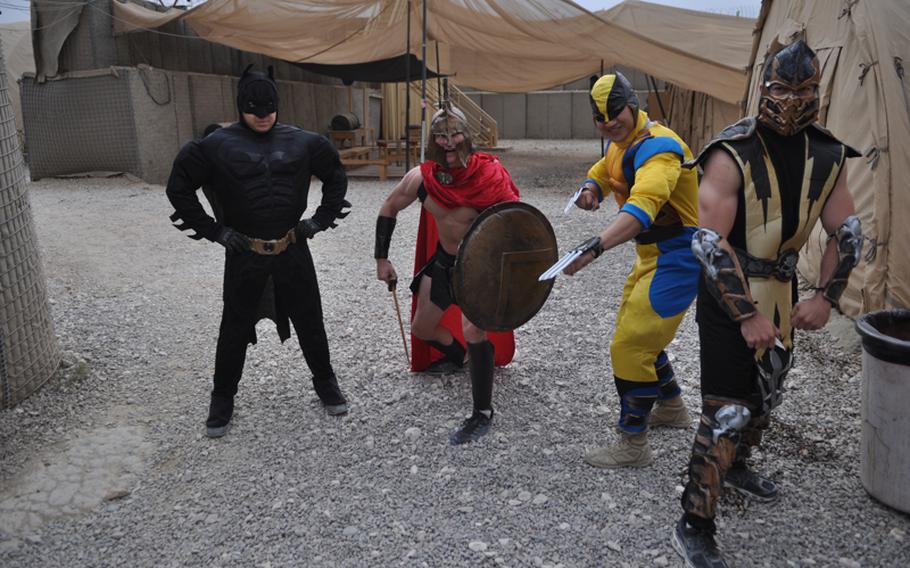 A squad from comic books, movies, and video games, their costumes electric, unexpected, in the dead brown hills of Faryab province, hours and miles from anything.

It was Halloween, and even here, on a small American outpost where the brightest things are often defensive flares fired by passing aircraft, you can find soldiers who won't let remoteness stop a good time.

"Trick or treat!" shouted Leonidas, Spartan king from the film 'The 300.' "Who's got some [expletive] candy?"

The four men roamed the alleys of mud-brown tents, charging in, demanding candy. Leaving laughter behind them.

"Those are some pretty sweet costumes," a soldier said.

Afghan translators stopped and stared. A civilian contractor laughed and said "Where did you get that [expletive]?"

"We ordered them," one of the characters replied. "We've been planning this."

They did not stay out long. It's a war, after all.

"And there wasn't much candy," said Wolverine.

Hearing of it later, an officer barely reacted.

"Yeah, that's our special forces team," he said. "We unleash them at night. The Taliban are scared [expletive] of Wolverine."