Government forces on the offensive in central Syrian province 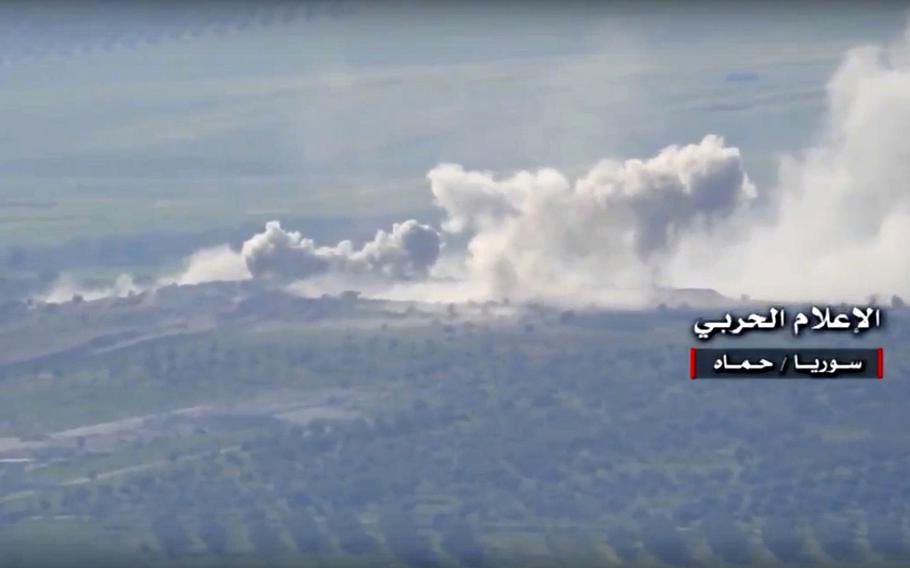 BEIRUT — Government forces and their allies advanced Monday in the central province of Hama under the cover of intense airstrikes, approaching the outskirts of a rebel-held town a day after capturing a strategic town from opposition fighters and militants, Syria's state media and opposition activists said.

The push toward the town of Tibet al-Imam came a day after troops and pro-government militiamen captured the town of Soran, a month after Soran was lost in a rebel offensive. The government appears to be aiming to secure areas north of the city of Hama, the country's fourth largest.

Insurgents, including members of al-Qaida-linked Levant Liberation Committee, launched a wide offensive on parts of Hama province last month capturing several villages and towns. The government launched a wide counteroffensive under the cover of Russian and Syrian airstrikes regaining control of the whole area lost and pushing ahead toward other villages.

Syrian state news agency SANA quoted an unnamed military official as saying that troops are now at the eastern entrance of Tibet al-Imam after capturing nearby hills under the cover of intense bombardment.