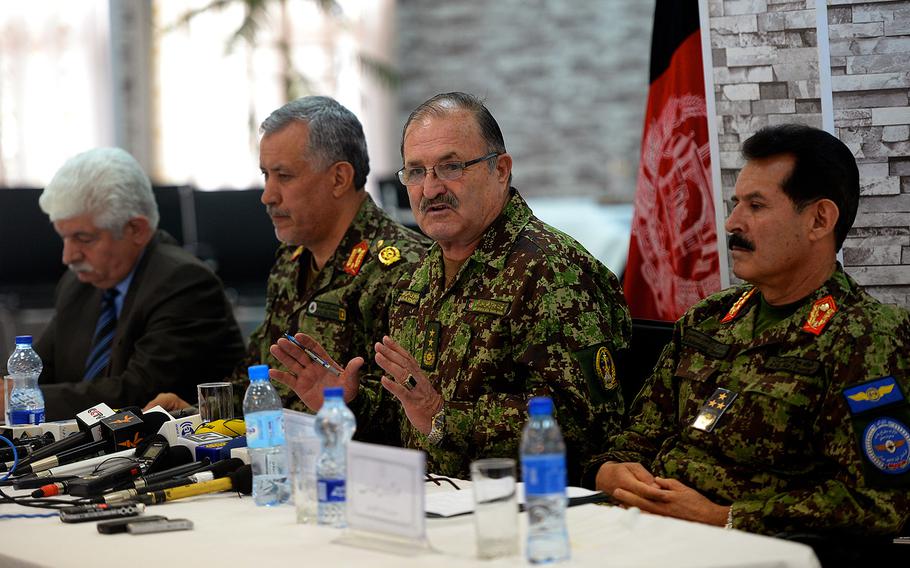 Maj. Gen. Mohammad Afzal Aman, the head of the ministry's command center, said security forces planned to observe a unilateral truce during the holy month of Ramadan but it was unclear if the insurgents would follow suit.

The insurgents have mounted a series of attacks against isolated army and police units since launching their spring offensive in April. Most have been small-scale raids but a handful have involved hundreds of guerrillas descending suddenly on poorly defended district centers in difficult-to-access mountain areas.

"There has been an increase in attacks by insurgents throughout the country," Aman said.

The insurgents currently control four of the nearly 370 districts in Afghanistan, he told journalists at the defense ministry in Kabul.

On June 6, up to 300 guerrillas occupied the district center, located about 150 miles northeast of Kabul. Government reinforcements arrived in the area during the week and flushed out the insurgents "within 48 hours," Aman said.

He said the security forces would observe a unilateral truce during the holy Muslim month of Ramadan, due to start in the coming week.

"We will not conduct offensive operations during Ramadan," Aman said. He urged the insurgents to do the same saying: "My message to the Taliban is that fighting in this holy month is a sin."