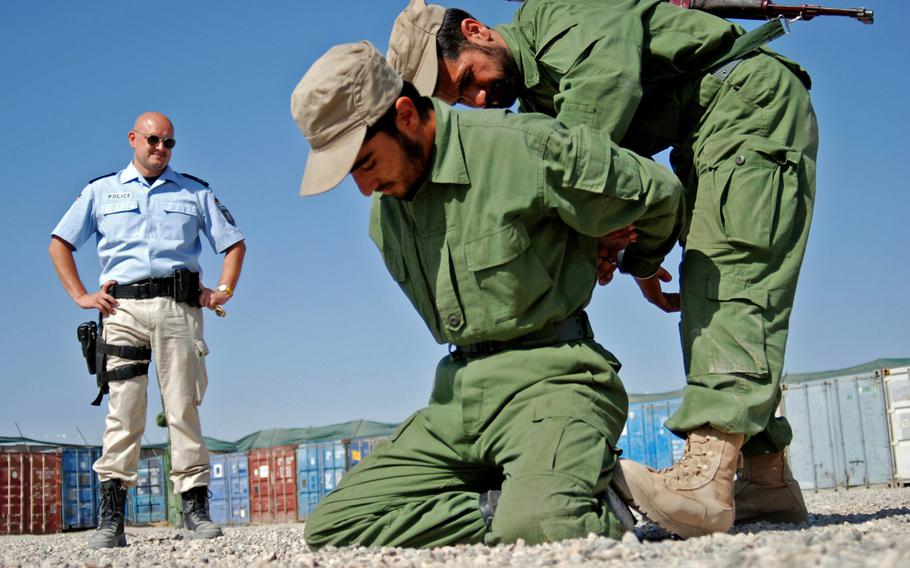 Twenty-two federal German police officers were in the Green Village compound in central Kabul when a suicide bomber detonated his explosives at the entrance gate, news magazine Der Spiegel reported. Sixteen people were killed and 119 wounded in the blast.

Due to “substantial damages” caused to the Green Village, all German federal policemen have left the compound, Der Spiegel quoted a spokesman with the Interior Ministry as saying.

“The situation is being reviewed and we are looking at options that will allow us to continue our successful cooperation with Afghan security authorities,” the spokesman said.

During the attack, the policemen and international aid workers took shelter in secure areas at the compound, the report said. No Germans were injured in the bombing.

The German police had recently moved into offices with reinforced concrete walls in the Green Village, according to Der Spiegel. But unnamed security sources in Berlin said the compound was “not safe anymore” after last week’s attack, the report said.

German police officers have been in Afghanistan since 2002 as part of the German Police Project Team, which was set up to train and advise the Afghan police force after the Taliban regime was ousted the previous year. The team is part of a larger international police training mission under NATO auspices.

About 50 German police officers were stationed in Kabul and Masar-e-Sharif until last week’s attack, according to the German interior ministry’s website. Spiegel said most have already been withdrawn from Afghanistan.

On Thursday, an American soldier, a Romanian servicemember and 10 civilians were killed in another attack on an area near the U.S. embassy where diplomats live.