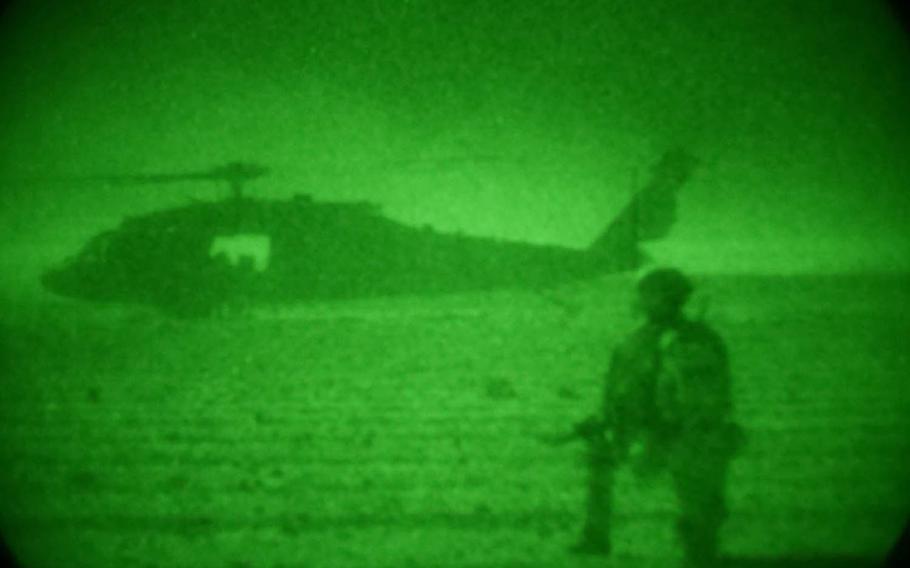 KABUL, Afghanistan – Afghan soldiers at a checkpoint in the country’s southern Uruzgan province fired on a patrol of their own troops and American advisers, leading to a firefight and an airstrike that left at least five Afghan soldiers dead and nine wounded, military officials in Kabul said Wednesday.

No Americans were killed or wounded in the incident, said a spokesman for NATO’S Resolute Support mission.

The firefight was a result of a lack of communication between Afghan forces, a senior Defense Ministry official said, speaking on condition of anonymity to discuss the matter. The Defense Ministry has launched an investigation into the incident.

The Afghan forces and their U.S. advisers were conducting a planned night raid when they approached the Afghan National Army checkpoint near the town of Tirin Kot, the capital of Uruzgan province.

“Our forces on the ground, they didn’t know about this fact, they started shooting,” the official said.

The patrol came under small arms and rocket-propelled grenade fire, Resolute Support said in a statement. Troops tried to contact those at the checkpoint, but without success, and then called in air support, leading to “precision self-defense air strikes” near the checkpoint, the statement said.

According to some media reports, both sides thought they were battling Taliban attackers.

It is unclear whether the strikes or the firefight caused the casualties.

News of the strike came as Afghan President Ashraf Ghani took to Twitter to promise action on recent reports of civilian casualties caused by government forces in the country. Ghani has called for investigations into the incident and demanded that Afghan National Defense and Security Forces officials seek efforts to reduce unintended deaths.

“I’ve ordered ANDSF to either abort or to wait-out a potential target if even a single civilian is present,” Ghani wrote. “Our security and defense forces are committed to the rules of war and engagement and they only provide proportionate response to any enemy attacks.”

Long a region considered the heartland of the insurgency, Uruzgan was among the three provinces with the most districts under insurgent control or influence, according to a Resolute Support assessment in October. While all of Afghanistan’s provincial capitals are under government control, Tirin Kot is in the only district in Uruzgan that was not considered controlled, influenced or contested by Taliban forces, a January report showed.

The checkpoint outside the capital housed about two dozen troops and rests on a hill known to be on the front lines of Taliban territory, said Haji Dadgul Khan, a tribal leader in the town. He saw three of the wounded soldiers from the attack while visiting the town’s hospital, he said.

"Everyone here is sad about this incident, it feels like they killed our own sons," Khan said. "How can they not see an enemy and a friendly force? They have night visions and all the equipment.”