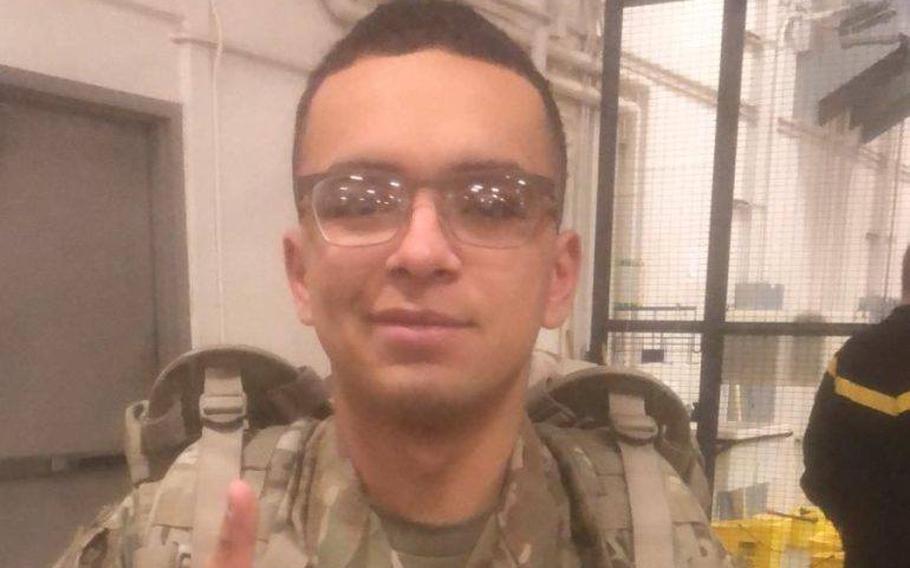 An Idaho soldier assigned to Fort Carson, Colo., has died in a noncombat incident in Iraq, the military said on Wednesday.

Spc. Michael T. Osorio, 20, died Tuesday in Taji, a district north of Baghdad that is home to a military base where U.S. and allied troops are training Iraqi forces, the Defense Department said in a statement.

No details regarding the death were released and the military said an investigation is underway. Osorio was from Horseshoe Bend, Idaho. He was an intelligence analyst in Fort Carson’s 3rd Armored Brigade, 4th Infantry Division.

He enlisted in the Army in July 2017 and was on his first deployment.

His decorations include the Army Commendation Medal and the Army Achievement Medal, The Associated Press reported Thursday.

Osorio’s death was the second noncombat fatality in Iraq in four days and the third such death among troops supporting U.S. Central Command operations in less than a week.

On Friday, 24-year-old Staff Sgt. Albert J. Miller died at Al Udeid Air Base in Qatar. Miller was assigned to the 736th Aircraft Maintenance Squadron out of Dover Air Force Base, Del.

No details on those deaths were released and officials have said investigations are ongoing.