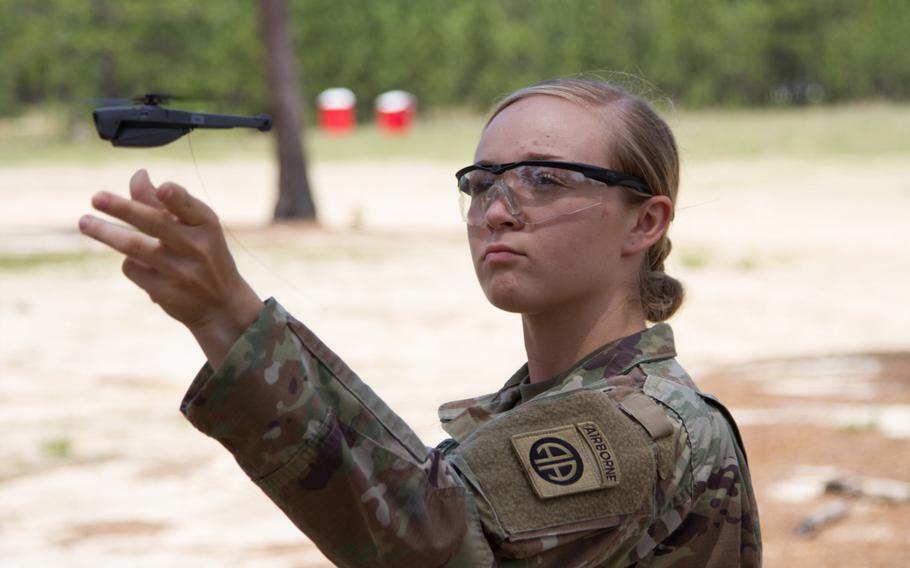 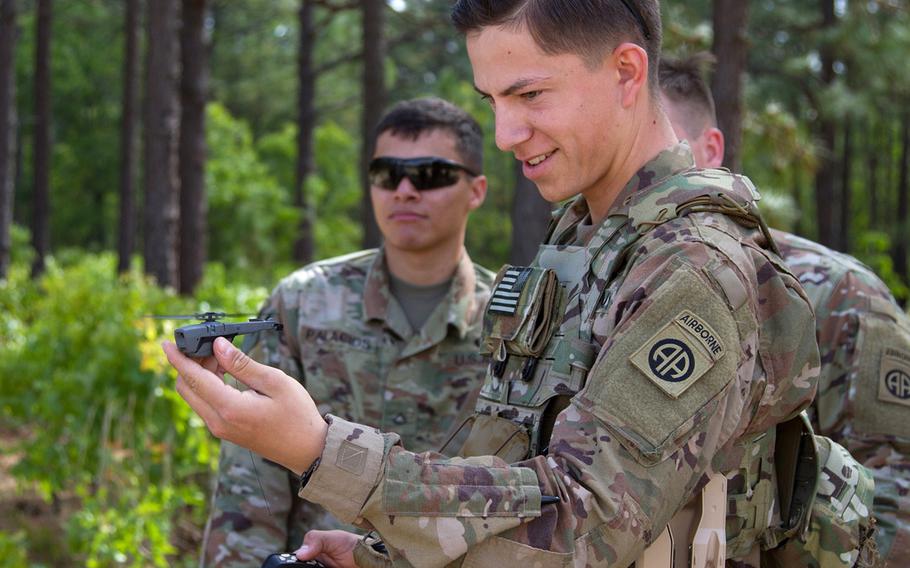 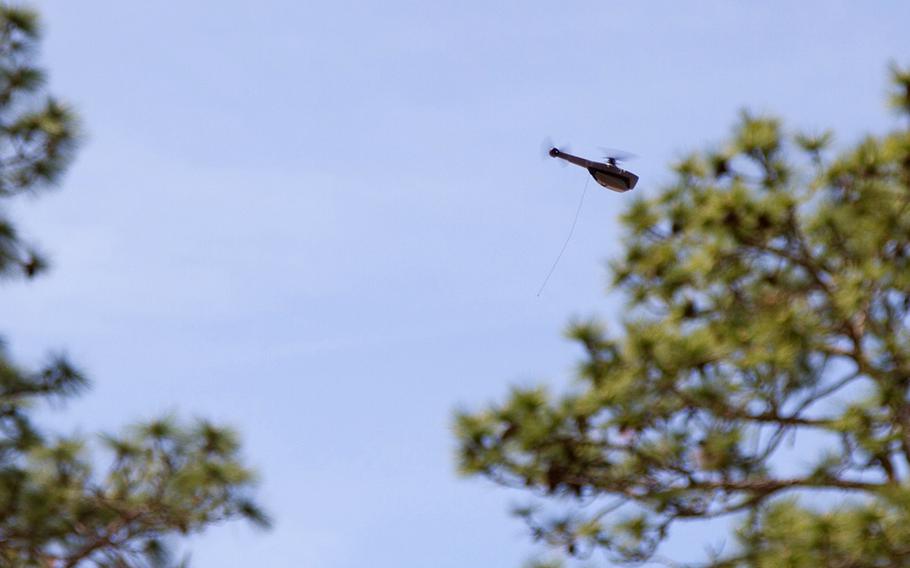 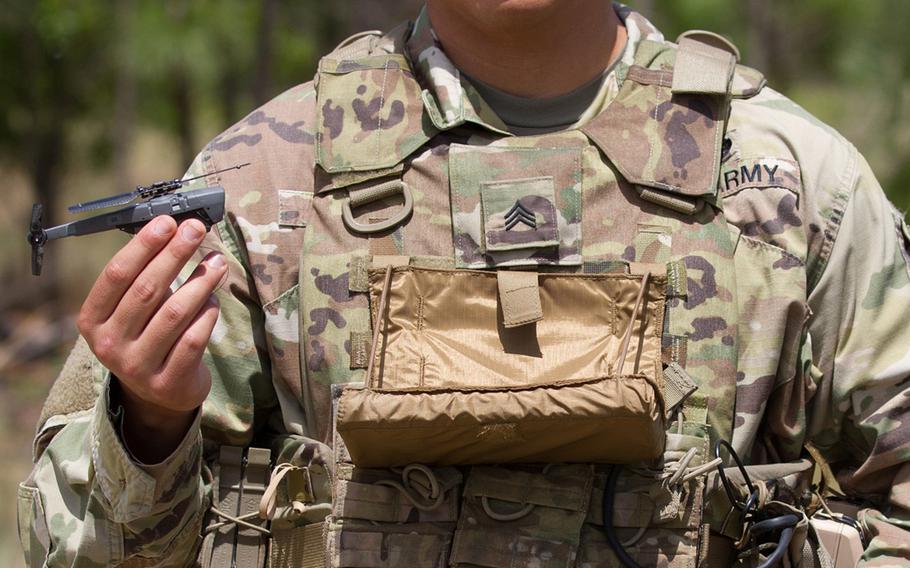 KABUL, Afghanistan — Soldiers with the 82nd Airborne Division will be the first infantry Army battalion to employ pocket-sized drones at the squad level on their upcoming Afghanistan deployment.

Troops with the Division’s 3rd Brigade Combat team were issued Black Hornet Personal Reconnaissance System this spring and provided training on how to use the drones, which resemble miniature helicopters.

The 1st Battalion, 508th Parachute Infantry Regiment, is planning to employ the machines next month in Afghanistan, while other elements of the brigade wait to see how best to leverage the system, a brigade spokesman told Stars and Stripes.

The hand-held devices are expected to become standard kit for units across the Army, providing near-real time video that will allow soldiers to better survey their surroundings and detect enemies in combat.

“This kind of technology will be a life-saver for us because it takes us out of harm’s way while enhancing our ability to execute whatever combat mission we’re on,” said Sgt. Ryan Subers, who received the training, quoted in an Army statement. “I’m very grateful for technology like this and to be a part of the first unit to use it.”

The Army initially bought Black Hornets, made by Oregon-based FLIR Systems Inc., for testing with Special Forces units in 2016. The devices are extremely light, nearly silent and have a flight time of up to 25 minutes, the company’s website said.

At a demonstration in Norway during a NATO exercise last fall, a FLIR official said the drone, which weighs less than two ounces, can be deployed in less than one minute and has a range of over a mile. It’s intended to eliminate battlefield blind spots with the aim of saving troop’s lives and avoiding unintentional damage or deaths.

“With this system, you can [positively identify] enemies, you can look for [improvised explosive devices] on your route,” said Kristian Molander, a FLIR supervisor and operator, in a video interview. “If you’re taking fire from areas you can’t see, you can use this system to identify stuff before you move into the line of fire.”

Wireless commands and data sent between the drone and its controller are encrypted to protect it against hacking, the Army said in a statement last May in which the service said it had ordered about 60 systems.

In addition to a $2.6 million contract awarded to FLIR last spring, the Army awarded the company nearly $40 million in January of this year to provide Black Hornets for the Army’s Soldier Borne Sensor program. The deal would provide the Army with 9,000 systems, each with two drones, Breaking Defense reported this month. However, FLIR was unable to confirm to Stars and Stripes the number of devices to be delivered.

The basic configuration of a Black Hornet system includes one drone for day and one for night, a base station that connects to a handheld controller, and a display about the size of a tablet computer, but it varies from customer to customer, said FLIR spokesman Joe Ailinger Jr. “The configuration is flexible and can be customized as needed,” he said.

Elements of the Fort Bragg, N.C.-based 3rd Brigade Combat Team, including the drone-equipped battalion, will be deploying to Kandahar in southern Afghanistan next month, a brigade spokesman said. They will replace the 2nd Brigade Combat Team, 10th Mountain Division, out of Fort Drum, N.Y, which deployed to the country last fall to support the dual U.S. mission — a bilateral counterterrorism effort with the Afghans and a NATO-led effort to build up and support the Afghan security forces.

The 1st Security Force Assistance Brigade, which was deployed to Afghanistan last year, is set to become the second Army unit to receive Black Hornet drones later this year.