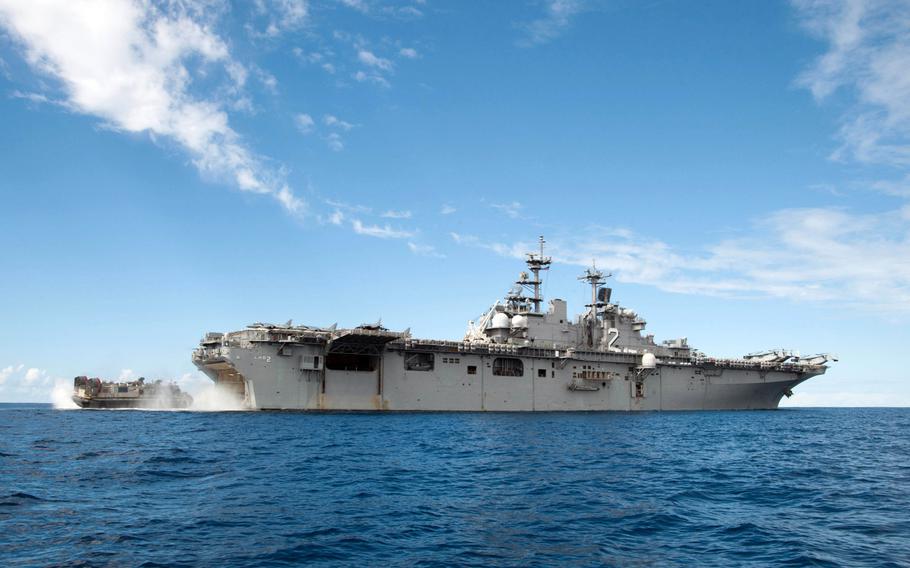 In this file photo from Feb. 28, 2015, a Landing Craft Air Cushion departs the well deck of the amphibious assault ship USS Essex. (Christopher B. Janik/U.S. Navy)

The Essex Amphibious Ready Group will be taking over for the Iwo Jima during a period of heightened tensions in the region.

In February, the Iwo Jima Amphibious Ready Group and its Marine forces were standing by in the Red Sea to assist the State Department’s evacuation from Yemen after the Shiite Houthi rebel group seized the presidential palace.

The Navy has since maintained amphibious ships near Yemen, conducting strategic transits of the Strait of Bab al-Mandab — the narrow strait that connects the Red Sea to the Gulf of Aden.

In April, the Iwo Jima Amphibious Ready Group also accompanied the aircraft carrier USS Theodore Roosevelt near Yemen as the Pentagon tracked an Iranian convoy suspected of carrying arms in support of the Houthi rebels.

The Navy considers amphibious ready groups a “Swiss Army Knife,” because of their capability of performing a wide variety of missions.