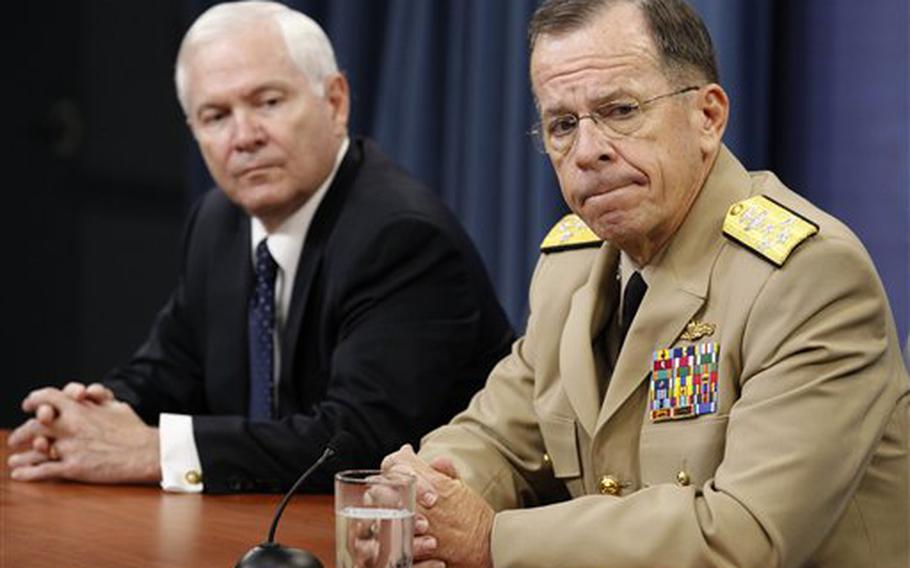 At a somber Pentagon press conference, Gates said the &ldquo;poor judgment&rdquo; of the former International Security Forces Afghanistan commander, &ldquo;has made his continued service in that post and as a member of the national security team untenable.&rdquo;

&ldquo;The statements and attitudes reported in the news media are unacceptable under our form of government and inconsistent with the high standards expected of military leaders,&rdquo; he said, also citing the general&rsquo;s off-color quips made last September in London about an alternative war strategy backed by Vice President Joe Biden.

But both men stressed that McChrystal&rsquo;s firing was not a referendum on his campaign plan; the strategy and execution of the war in Afghanistan will not change.

McChrystal was handpicked by Obama&rsquo;s defense leadership duo to coordinate the war.

Grimly, the two men spent roughly half an hour defending that selection and their decision to support his dismissal.

&ldquo;It is not anything we take lightly,&rdquo; Mullen said, seeming especially distraught.McChrystal was a combat commander for a year and for one year was on the chairman&rsquo;s staff before accepting the Afghanistan war command.

&ldquo;We do not have that luxury, those of us in uniform. We do not have the right, nor should we ever assume the prerogative to cast doubt upon the ability or mock the motives of our civilian leaders, elected or appointed. We are and must remain a neutral instrument of the state.&rdquo;

Most of the quotes in the damaging article came from McChrystal&rsquo;s aides, and when asked if they rose to insubordination, Mullen paused and then said, &ldquo;Honestly, when I first read it, I was nearly sick. It made me, literally, physically &mdash; I couldn&rsquo;t believe it. So I was stunned.

&ldquo;General McChrystal is responsible for his people. And he has every bit as much responsibility for what was in that and for what his people said as the individuals who said it.&rdquo;

Gates also defended his selections of McChrystal and Gen. David McKiernan, the two men removed from the same post in the last two years.

&ldquo;This is primarily my responsibility because I made these recommendations to the president,&rdquo; Gates said.

The McKiernan choice, he said, &ldquo;frankly was at a time when the seriousness of the situation in Afghanistan was not yet as clear.&rdquo;

That assessment had changed by last year, prompting the McChrystal recommendation to match the &ldquo;kind of fight that we are in.&rdquo;

Gates had wanted McChrystal to stay in his job, CNN reported earlier Thursday.

But in the briefing the secretary said he &ldquo;fully supported&rdquo; Obama&rsquo;s surprise recommendation to him in a private 35-minute meeting this week to drop McChrystal and appoint Gen. David Petraeus.

Gates&rsquo; greatest concern was that Obama might select someone &ldquo;new to this fight,&rdquo; who lacked personal relationships with key Afghan and Pakistani military leadership, and familiarity with the campaign plan, its operations and its commanding officers.

&ldquo;Somebody who did not have those assets, I worried, would take months to come up to speed,&rdquo; he said.

Mullen said the pool of eligible replacement generals who could step up into the ISAF command role had grown stronger, but Gates said &ldquo;there was only one choice.&rdquo;

Petraeus, for his part, had &ldquo;virtually no advance notice,&rdquo; Gates said, before the president asked him to take over the war.

McChrystal apparently made no effort to lobby for his job in a 30-minute meeting with the defense secretary.

Next week, Mullen will travel to Afghanistan on a previously scheduled trip that now becomes a reassurance mission to the troops.

But many troops in Afghanistan already have said they hoped the end of McChrystal meant the end of McChrystal&rsquo;s rules of engagement, which they feel unnecessarily endangers their lives. In trying to prevent civilian casualties, combat units say they are frustrated they cannot engage the enemy more freely.

Mullen and Gates said while Petraeus is free to change what he feels is necessary, the overarching strategy and campaign would not change.