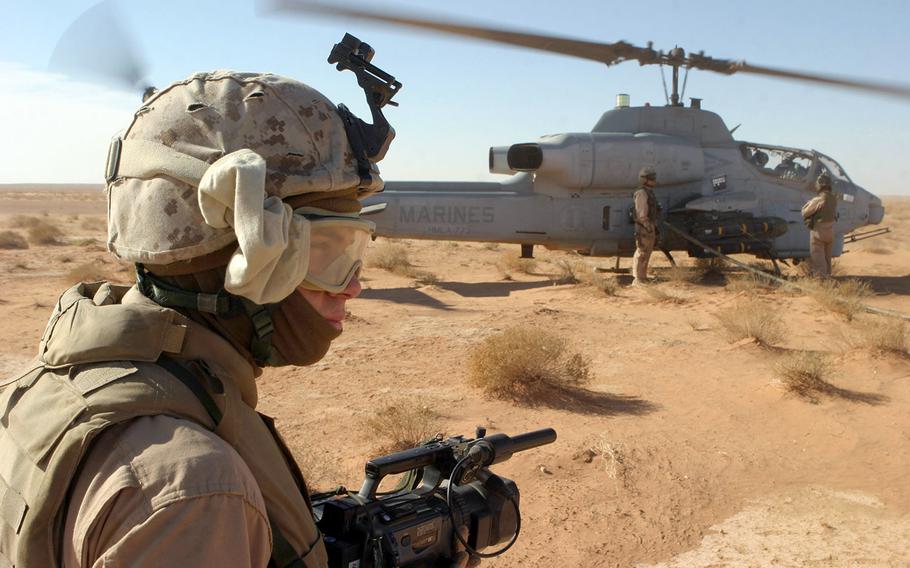 There are currently 1,400 U.S. troops in Iraq, 600 of whom are involved in an advise and assist mission to help Iraqi government and Kurdish forces take on the Islamic State terrorist group, which has taken over large chunks of the country.

Of the 12 U.S. advisory teams, 7 are based in a joint operations center in Baghdad, with the remainder at a similar facility in Irbil — the capital of the country’s northern Kurdish region.

Gen. Martin Dempsey, the chairmen of the Joint Chiefs of Staff, said that in the future American troops need to be deployed to another key area to help indigenous forces.

“We need to expand the train, advise and assist mission … into the al-Anbar Province,” he told reporters at the Pentagon.

During the 2003-2011 Iraq War, Anbar was the hotbed of the insurgency and many U.S. troops lost their lives fighting there. It is now the scene of some of the fiercest combat between the Islamic State — an offshoot of al-Qaida in Iraq — and the Iraqi security forces.

President Barack Obama and other U.S. officials have repeatedly emphasized that no American troops will be engaged in ground combat in Iraq during the current mission, known as Operation Inherent Resolve.

On Friday, headquarters elements from the 1st Infantry Division will arrive in Baghdad to coordinate the efforts of all American forces in country, Secretary of Defense Chuck Hagel announced.

Military officials at U.S. Central Command, which oversees military operations in the Middle East, suggested to reporters last week that plans were in the works to move U.S. forces into Anbar in a noncombat role.

“When are we going to put advisers out in Anbar? I can’t tell you when,” an official said on condition of anonymity. “But I can tell you that there’s a whole lot of discussion and planning going on to how we can continue as the Iraqis’ move forward on their plan, how can we continue to enable them as far forward as we can.”

The CENTCOM official said that the U.S. has also been speaking with allies about the possibility of other countries putting advisers on the ground there but offered no details on the discussions.

Dempsey said that there is one big obstacle to U.S. advisers in Anbar: Iraqi political leaders.

“The precondition for that is that the government of Iraq is willing to arm the tribes,” he said. “We have positive indications that they are, but [they] haven’t begun to do it yet.”

Baghdad’s Shia-led government is wary of arming Sunni tribesmen in Anbar and elsewhere because many have aligned themselves with the Islamic State, which some Sunnis view as a better alternative to what they perceive to be Shia domination.

Dempsey said gaining the support of the Sunni tribes and empowering them to take on the Islamic State is critical if the group is to be defeated.

“That’s what we’re now beginning to explore. We got a program in place where we’re beginning to restore some offensive capability and mindset to the Iraqi security forces. We need to think about how to do that with the tribes,” he said.

In addition to continuing to assist the Iraqi security forces and extending aid to the Sunni tribes, Dempsey also supports the creation of “national guard” forces in Iraq which would organize local forces to battle insurgents. The Iraqi government has yet to pass a law enabling the formation of such units.

“You need all three of those eventually,” he said. But because of the political situation in Baghdad, “Right now, we’re focused on the Iraqi security forces.”