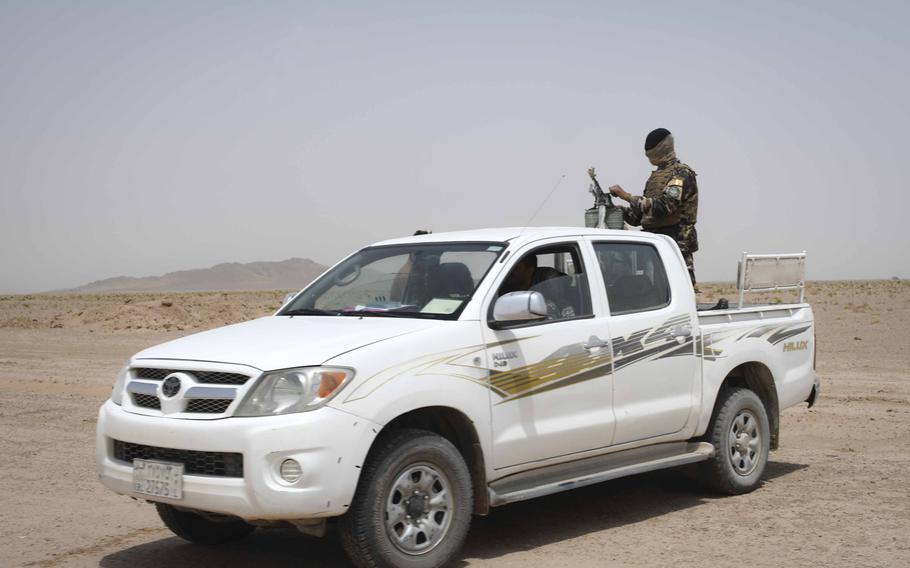 A U.S. military contractor stole more than $300,000 worth of government property from Kandahar Airfield, Afghanistan, in 2015. Among the items stolen were a Toyota Hilux pickup truck, a Toyota van and various vehicle parts. (J.P. Lawrence/Stars and Stripes)

A U.S. military contractor pleaded guilty to federal fraud and theft charges after stealing vehicles, generators and other goods worth more than $300,000 from a base in southern Afghanistan.

Larry J. Green, 43, of Chesapeake, Va., entered the plea Wednesday in U.S. district court after admitting he stole the government property from Kandahar Airfield, the Justice Department said in a statement. His sentencing is slated for Nov. 19.

The complaint stated that Green stole military property in 2015, conspired to sell those goods locally and then helped falsify documents to move the goods off the base.

Green’s “theft ring” compromised the security of troops and civilians at Kandahar Airfield, the statement said.

Among the items stolen were a Toyota Hilux pickup truck, a white Toyota van, vehicle parts, three generators and a refrigerator, court documents filed in the Justice Department’s Eastern District of Virginia said.

Green negotiated sales of the items via text message through a middleman, who then found a buyer off base, a court document said.

He then helped a security badging and escort pass supervisor, unnamed in court documents, create false paperwork that said the generators were being sent back to their vendors, allowing unvetted Afghan workers to enter the base and take the goods, the statement said.

Green also admitted that he drove a truck off the military installation in order to sell it, the statement said.