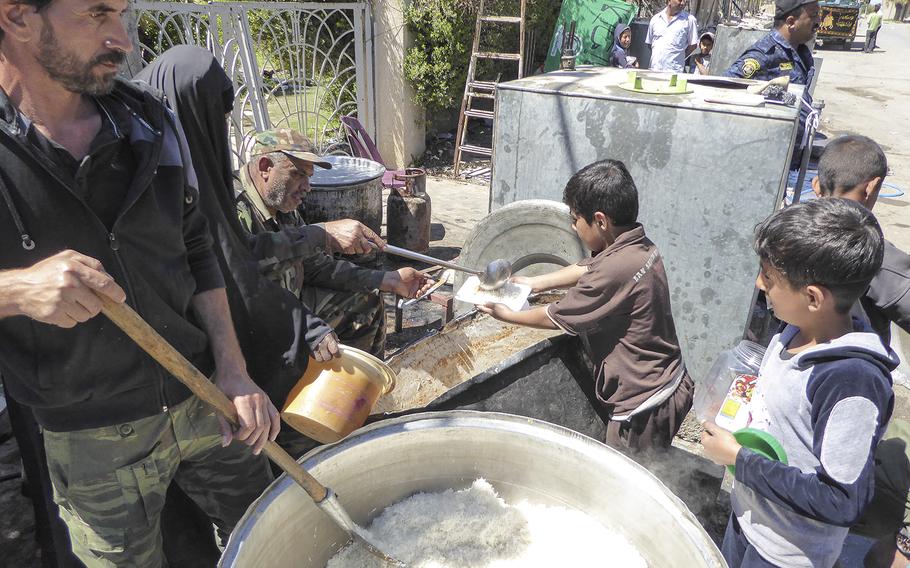 MOSUL, Iraq — As Iraqi forces continue to battle Islamic State militants in west Mosul, families are streaming out of the city. Yet some remain, striving to eke out whatever semblance of normal life they can in the embattled city, where food and water is scarce.

In response to a call from Shiite cleric Ali Sistani, and hoping to show unity among the country's Muslim sects, two groups of Shiite volunteers from Diyala and Kut in southern Iraq are trucking in food and supplies to provide for the largely Sunni residents sticking it out in liberated areas near the front lines.