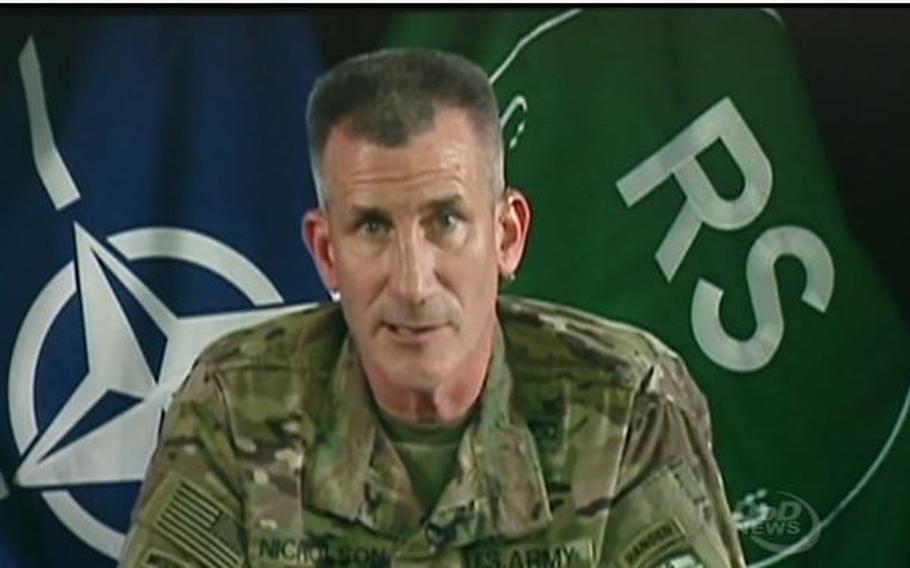 The American special operators were accompanying Afghan special forces this week in southern Nangarhar Province, where the Afghans began a major operation that aimed to route the militants from the country, said Nicholson, the top American commander in Afghanistan.

None of the injuries were life-threatening, he said. Two operators were quickly returned to their units and three were evacuated from Afghanistan for further medical treatment.

“They are in good spirits and have talked to their families,” Nicholson said. “We expect a full recovery.”

The injuries appear to be the first time Americans have been wounded fighting the Islamic State group in Afghanistan, and they underscore the danger U.S. troops continue to face serving in the longest war in the nation’s history.

At the end of 2014, President Barack Obama formally concluded the United States’ combat role in Afghanistan, where it has been fighting since late 2001. But the United States has kept troops – about 9,800 now -- in the country to train and advise Afghan forces and conduct counterterrorism operations.

Nicholson stressed the Afghan forces are leading the fighting in Nangarhar. The U.S. special operators, who have long accompanied Afghans on the battlefield, were aiding Afghan special forces in clearing operations in districts recaptured from the Islamic State group, known in Afghanistan as Islamic State Khorasan Province.

The Americans were wounded by small arms and shrapnel during fighting that followed several airstrikes, Nicholson said.

Afghanistan President Ashraf Ghani announced earlier this month that Afghan security forces would begin an offensive against the Islamic State group. The operation kicked off this week and targeted districts in southern Nangarhar controlled by the militants.

So far, it has been successful, said Nicholson, who added the Afghans vowed to completely destroy the terrorist organization in their country.

The terrorist group likely has about half as many fighters as it did in January, when it controlled about 10 districts in Nangarhar, Nicholson said. He estimated the Islamic State group has about 1,500 fighters now, and controls “parts of” three or four districts.

Last weekend, the Islamic State group carried out the deadliest attack in Afghanistan’s capital Kabul since the United States ousted the Taliban in 2001, Nicholson said.

“The fact they could conduct a high-profile attack like that should not be perceived as a growing strength,” he said. “… This is not a sign of growing strength in Afghanistan, indeed their area is shrinking.”