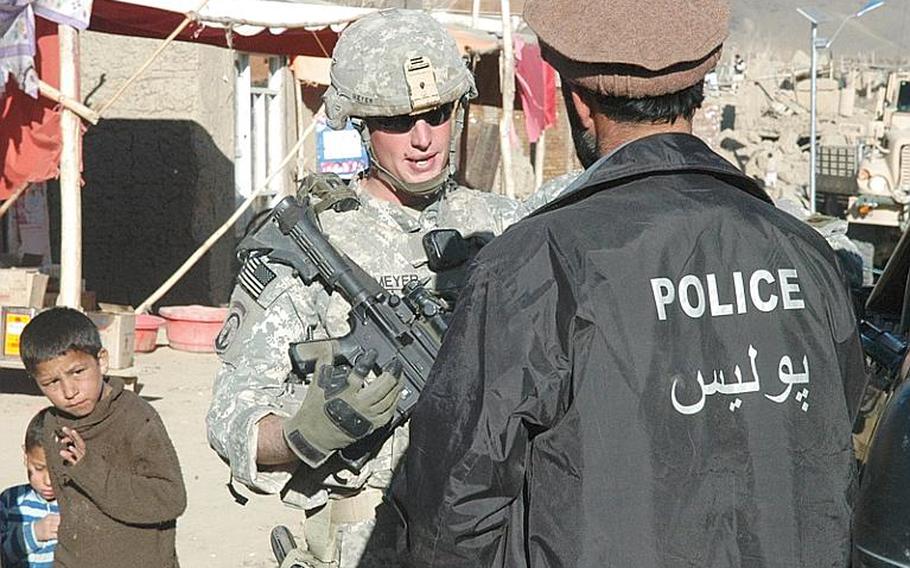 Afghanistan's government and foreign troops should prepare for the Taliban to step up urban suicide attacks and assassinations as they shift tactics to "very focused" terrorism, the U.S. ambassador told Reuters.

Karl Eikenberry told the news wire service in an interview that three insurgent attacks in just four days pointed to a change in strategy following setbacks against international and Afghan security forces.

"Our sense is that in the course of the spring and the summer that we could see continued suicide attacks, perhaps at a higher level than we saw last year," Reuters quoted Eikenberry saying on his aircraft during a fleeting visit to restive Kandahar province.

"It seems to us now that they can't hold forces in the field and they can't fight head-on. They have shifted and they have begun now a very focused terrorist campaign."

An insurgent strike Monday, and the murders Saturday of five U.S. soldiers by a Taliban suicide bomber who enlisted as an Afghan National Army soldier, marked the latest in a rising toll of coalition troop deaths at the hands of Afghan security forces they are attempting to train.

Since January, 13 troops with the International Security Assistance Force have been killed when Afghan police, soldiers or security guards &mdash; or insurgents who infiltrated their ranks &mdash; attacked coalition forces. These types of killings have accounted for the deaths of at least 38 coalition personnel since 2009, according to a Stars and Stripes review, constituting roughly 3 percent of the hostile fire deaths among troops during that time.

Eikenberry, a former U.S. general, visited Kandahar city on Monday for private talks with provincial governor Tooryalai Wesa in the wake of the police chief's killing, as well as visiting U.S. special forces soldiers and local leaders in the strategically vital district of Khakrez, to the northwest, Reuters wrote.

Read "Rising number of coalition troop deaths coming at hands of Afghan security forces" in Stars and Stripes and "Afghanistan should brace for more assassinations: U.S. envoy" in Reuters.