Afghan official: Death toll from massive US bomb rises to 94, including 4 ISIS commanders 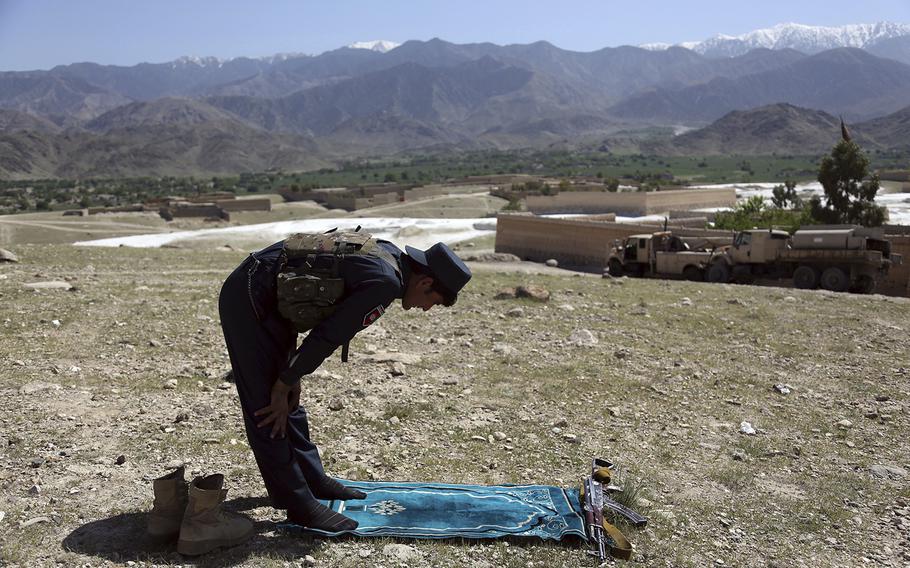 An Afghan security personnel prays in Pandola village near the site of a U.S. bombing in the Achin district of Jalalabad, east of Kabul, Afghanistan, Friday, April 14, 2017. (Rahmat Gul/AP)

An Afghan security personnel prays in Pandola village near the site of a U.S. bombing in the Achin district of Jalalabad, east of Kabul, Afghanistan, Friday, April 14, 2017. (Rahmat Gul/AP) 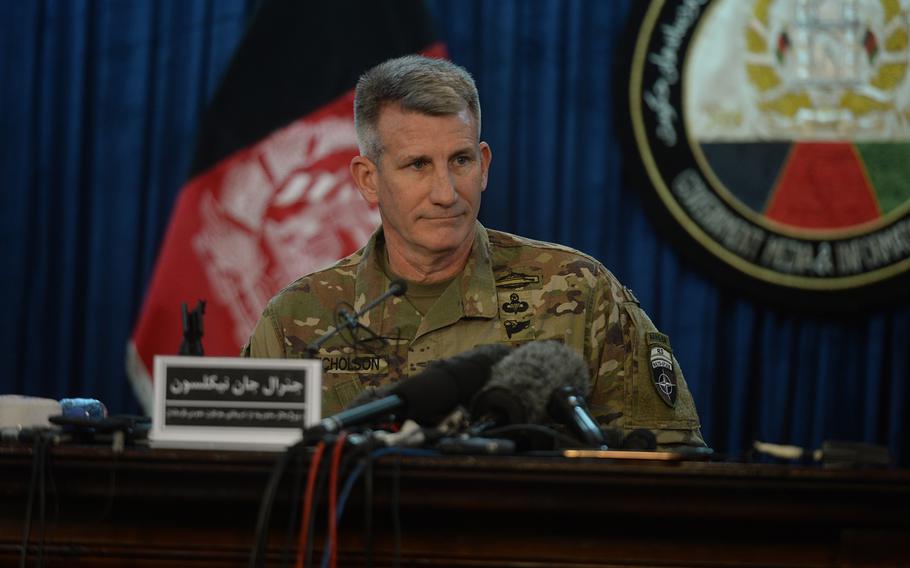 Gen. John Nicholson, commander of U.S. and NATO forces in Afghanistan, speaks at a news conference in Kabul on Friday, April 14, 2017. Nicholson said the GBU-43B bomb was the "right weapon" to use against Islamic State militants. (PHILLIP WALTER WELLMAN/STARS AND STRIPES) 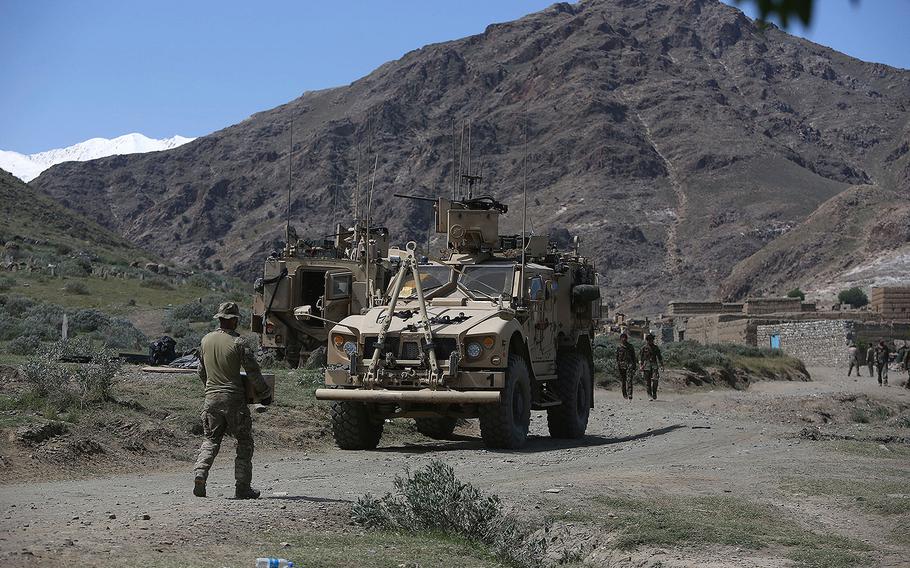 U.S. forces and Afghan commandos are seen in Asad Khil village near the site of a U.S. bombing in the Achin district of Jalalabad, east of Kabul, Afghanistan, Saturday, April 17, 2017. (Rahmat Gul/AP)

Maj. Sherin Aqa, head of public affairs for the 201st Corps in eastern Nangarhar province, where the Air Force dropped the bomb, said ISIS commanders are among the dead.

“Our latest reports indicate that four main commanders are among the 94 people killed,” Aqa told Stars and Stripes.

He said there are still no signs of civilian casualties. An initial assessment said 36 militants had been killed.

The GBU-43B Massive Ordnance Air Blast bomb, referred to as the “mother of all bombs,” targeted an ISIS tunnel complex in Nangarhar’s Achin district, where the group has been operating for about two years.

“This was the right weapon against the right target,” Gen. John Nicholson, commander of U.S. Forces-Afghanistan, told a news conference Friday.

For four weeks prior to the bombing, Afghan special forces tried to penetrate the area, but they were unsuccessful due to the difficult terrain and a belt of improvised explosive devises planted by ISIS fighters, Gen. Dawlat Waziri, spokesman for Afghanistan’s Defense Ministry said.

Afghans have since resumed offensive operations against ISIS, Waziri said.

The United States, as part of its counterterrorism mission in Afghanistan, has been helping Afghan forces battle the local ISIS branch known as Islamic State-Khorasan Province since last year.

The militants have claimed responsibility for a number of high-profile attacks across Afghanistan, including the storming of a military hospital in Kabul last month that killed 50 people. The latest attack claimed by the group occurred on Wednesday when a suicide bomber blew himself up near the Afghan Defense Ministry killing five people.