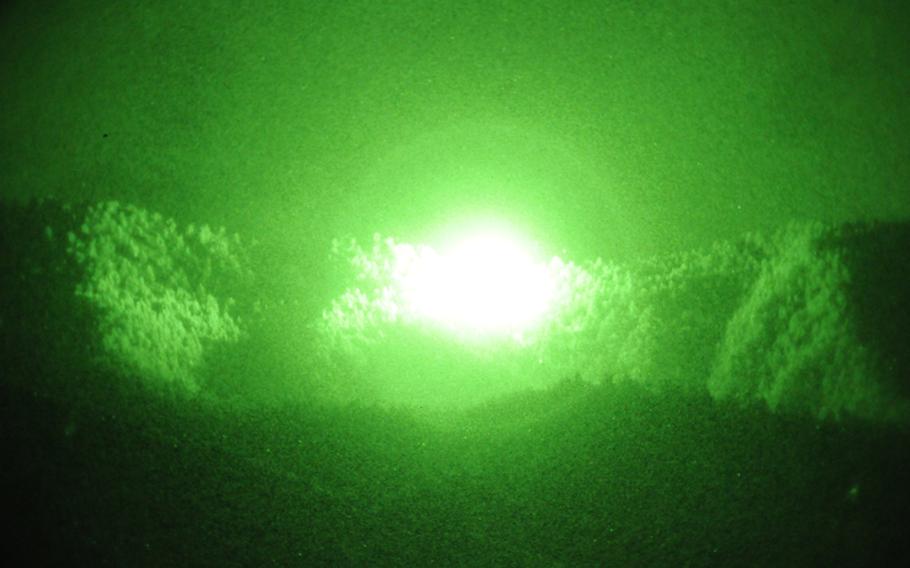 KABUL — A coalition airstrike in Kunar province on Tuesday night killed 10 civilians, including women and children, according to a local government official; NATO said it was investigating those claims.

Along with the civilians, four insurgents were killed in the strike on two compounds in an area near the Pakistan border, a Kunar government official and local journalist said.

“We’re aware of the allegations of an incident,” said Lt. j.g. Quenton Roehricht, a spokesman for the NATO-led International Security Assistance Force. “We take these allegations very seriously and right now we’re in the process of gathering more information and putting it together.”

Roehricht would not confirm whether there was a NATO airstrike in the area.

Civilian casualties have been a flashpoint for relations between Afghan President Hamid Karzai and NATO, and coalition officials have taken pains to show they are working to reduce such incidents. A report from the United Nations Assistance Mission in Afghanistan in August credited coalition forces for taking steps to reduce the number of civilian casualties, though a report this month from another UN agency slammed the U.S. military for the number of children killed in airstrikes.

ISAF issued a strenuous rebuttal of the most recent report.

Tuesday’s strike was in Shigal district, an area where the Taliban is active and where cross-border rocket attacks from Pakistan have wreaked havoc on the local population, inflaming tensions between Kabul and Islamabad. Afghan officials have accused the Pakistani military of being behind the rocket attacks and Pakistan has pointed to the area on the Afghan side of the border as a safe-haven for the Pakistani Taliban.