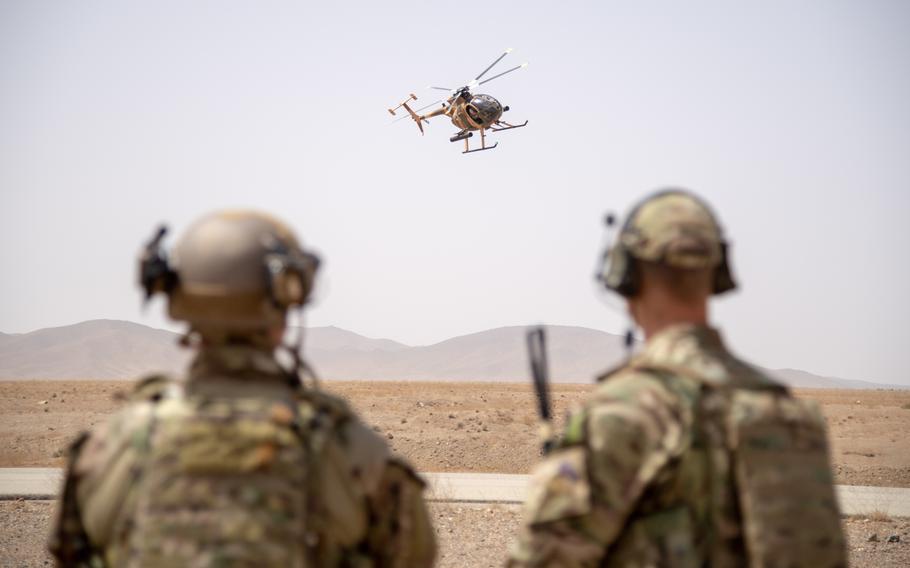 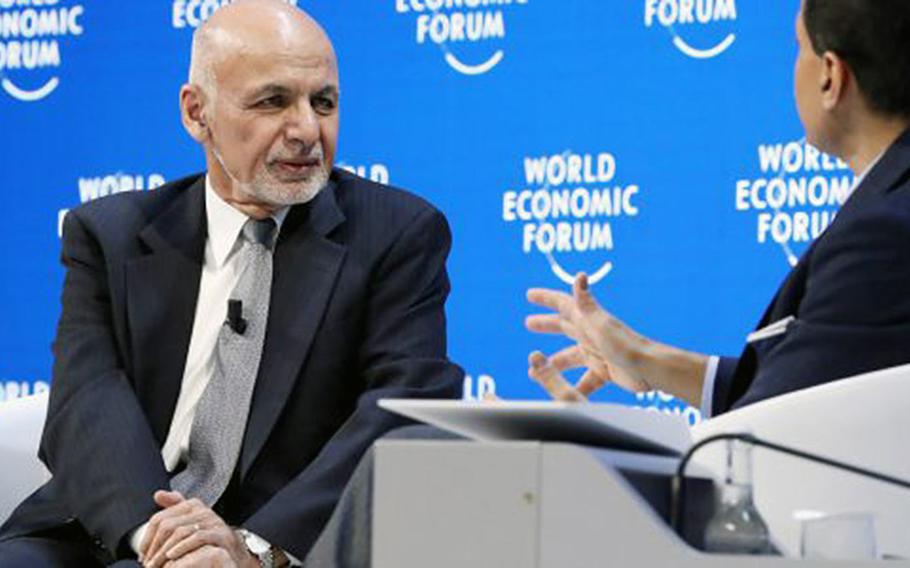 President Ashraf Ghani of Afghanistan talks with CNN anchor Fareed Zakaria at the World Economic Forum in Davos, Switzerland, Jan. 24, 2019. (Office of the President of Afghanistan)

KABUL, Afghanistan — The Afghan government’s hold over the countryside continues to wane, while the numbers of its security forces have shrunk to a record low, a U.S. government watchdog said Wednesday.

The figures released amid unconfirmed reports that some American troops could be pulled out of the country as part of a cease-fire deal with the Taliban, represent a bleak assessment of U.S.-led efforts to make Afghan government forces self-sustainable. Over the weekend, U.S. officials concluded the latest round of peace negotiations with the Taliban, who are seeking a full withdrawal of foreign forces.

Kabul controlled just over half of Afghanistan’s roughly 400 districts as of Oct. 31, a slight drop since July, the Special Inspector General for Afghanistan Reconstruction said in its latest quarterly report, covering a three-month period ending Dec. 31, 2018.

Meanwhile, the number of districts and the amount of people controlled or influenced by the Taliban, and the number of areas contested by both sides increased during the last quarter, the report added.

Afghan and U.S. military officials had previously pledged to secure 80 percent of the country’s population by the end of this year. Arif Samin, deputy spokesman for President Ashraf Ghani’s office, says the government is still committed to achieving it.

“We fully trust our security forces and believe that they will be able to reach the target by the end of this year,” Samin told Stars and Stripes.

The district and population control data included in SIGAR’s reports are provided by NATO. For the first time, this quarter’s numbers came with a caveat that said they were “not indicative of effectiveness of the South Asia strategy or progress toward security and stability in Afghanistan.”

The South Asia strategy, announced in late 2017, is the Trump administration’s blueprint for ending America’s longest war. Despite the discouraging statistics more than 17 years after the U.S. invaded the country to topple the Taliban, a drawdown of American troops may be on the horizon.

Earlier this week, U.S. envoy Zalmay Khalilzad said an agreement had been reached in principal between the U.S. and the Taliban on a peace deal that would include the withdrawal of U.S. forces and a pledge by the Taliban not to harbor terrorist groups.

Khalilzad’s announcement followed six days of discussions between his team and Taliban representatives in Qatar. The Afghan government did not participate, but the U.S. says any final peace deal must include Kabul.

In addition to highlighting the increasing amount of territory out of the government’s grip, SIGAR said there were fewer Afghan soldiers and police than at any time since 2015, when foreign forces shifted from a combat mission to one focused and training and advising their Afghan counterparts.

As of October 31, there were about 308,700 Afghan security personnel, a decrease of over 3,600 since last quarter, the report said.

SIGAR was unable to break down the decrease. It said the U.S. military continued to prevent it from publishing Afghan forces’ casualty data, at Kabul’s request. However, in a speech at the World Economic Forum this month, Ghani said about 45,000 security personnel had “paid the ultimate sacrifice,” since he took office over four years ago.

By the end of last year, Congress had appropriated more than $83 billion to support security in Afghanistan, out of the more than $132 billion in total it has appropriated for reconstruction and related activities in the country since 2002, SIGAR said.

Despite the most recent data, Thomas Ruttig, co-director of the Afghanistan Analysts Network, did not believe the security situation was near a tipping point.

But, “a full withdrawal of U.S. troops … linked with a significant drop of financial resources” could bring that moment near, he said.

“If soldiers, policemen, auxiliary forces — ‘militias’ — are not paid, many might look for other funders,” Ruttig said. “And Afghan armed factions are well known for their quick and unprincipled shift of alliances.”