Afghan forces said to have upper hand in Kunduz province 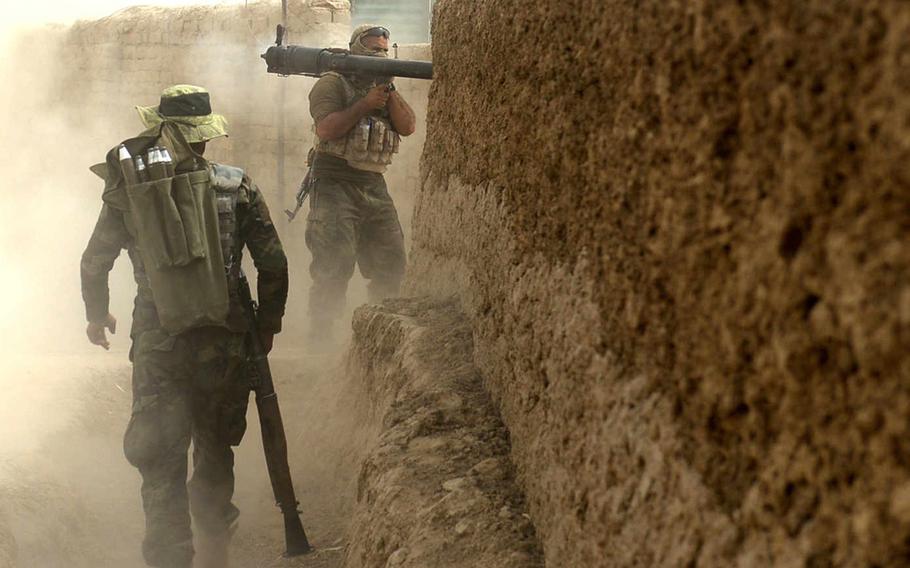 Afghan troops fire rockets at Taliban positions during the battle to clear militants from Kunduz city, October 2015. There are fears that Afghanistan could be on the brink of its deadliest fighting season this spring, with the Taliban warning of violence and bloodshed in the months to come. (Josh Smith/Stars and Stripes)

KABUL, Afghanistan — A top Taliban official has been arrested in Kunduz province in what Kabul says is an indication that Afghan forces have an upper hand in their ongoing fight against insurgents in the area.

Just over a week ago, the Taliban launched their first major offensive of the 2016 fighting season in the northern province in an attempt to recapture Kunduz city — which the group briefly occupied last year — and to hold other districts.

Qari Salim, who officials said played a vital role in the fall of Kunduz city last year and was leading the recent attacks, was arrested during a night raid on Sunday.

“I think the threat that Kunduz was facing by the Taliban will decrease a lot now,” said local police spokesman Hijratullah Akbari.

Akbari said that many villages in Kunduz’s Dasht-e-Archi district had also been cleared of the Taliban but that “there are still some rural villages where they still are,” and operations are currently underway to remove them.

Local media reported Saturday that at least 24 Taliban members had been killed and 10 others wounded in a successful operation to reopen the Kunduz-Takhar highway, which the insurgents had blocked.

Despite the string of reported setbacks, Taliban spokesman Zabihullah Mujahid said the group still had “fighters in the same positions where they started their attacks in the province last week.”

“The district centers are controlled by the government, but we have all their rural parts in control,” he said.

The Taliban attack on Kunduz city in late September caught government forces by surprise. Within hours, the insurgents were in control as security forces retreated to the airport and an army base south of the city. It took two weeks of fighting, and the help of U.S. special operations forces and air power, for the Afghans to retake the city. Kunduz was the first major urban center to fall under Taliban control since they were ousted from power in the 2001 U.S. invasion.

Both Afghan and coalition leaders recently said protecting Kunduz was one of their top priorities in the current fighting season.