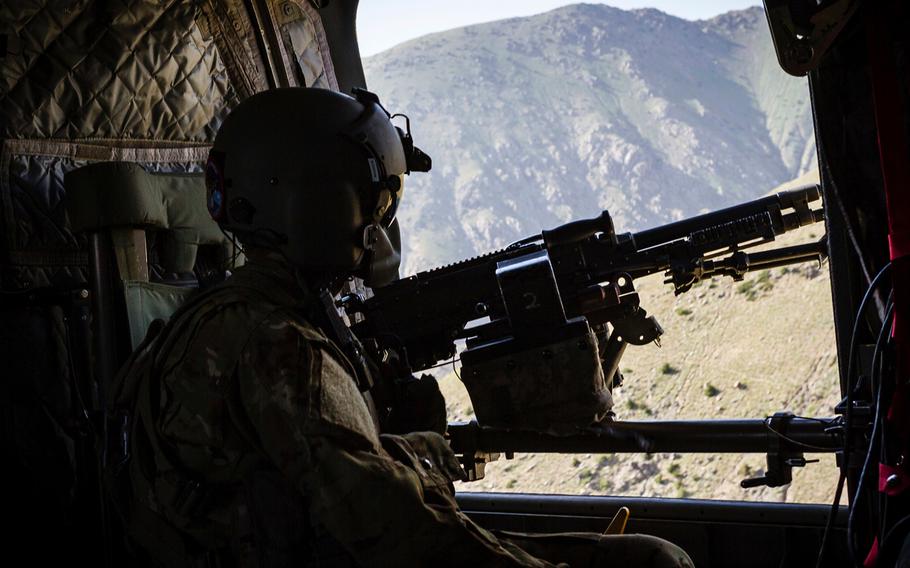 KABUL, Afghanistan — Seven U.S. servicemembers were wounded and at least one Afghan soldier was killed on Saturday in the second insider attack in Afghanistan in a week, NATO and Afghan officials said.

“We can confirm there are no U.S. or NATO Resolute Support fatalities,” NATO said in a statement.

“U.S. forces have been wounded,” the statement said. “One Afghan soldier was killed and one was wounded in the incident.”

NATO later said on Twitter that seven U.S. servicemembers were injured and evacuated for treatment and an investigation was launched.

The shooting happened at Camp Shaheen in Mazar-e-Sharif, where the Afghan army’s 209 Corps is based.

Qahar Aram, a spokesman for the corps, told Stars and Stripes that the attacker was an Afghan special forces soldier who opened fire on foreign troops in the afternoon.

Aram said the attacker was fatally shot by foreign forces.

Saturday’s attack came just one week after three U.S. soldiers were killed in another insider attack in eastern Nangarhar province.

A fourth U.S. soldier was wounded in the June 10 incident, which Afghan officials say was also carried out by an Afghan special forces soldier and was claimed by the Taliban.

The Taliban applauded Saturday’s shooting, describing the perpetrator as a “patriotic Afghan” from Paktia province, without claiming responsibility.

The recent attacks on U.S. troops come as the Trump administration is expected to deploy between 3,000-5,000 more American troops to Afghanistan.

Earlier this week media reported that Defense Secretary Jim Mattis had decided to send about 4,000 more troops to the beleaguered country. However, the Pentagon later said no decision had been made on additional troop numbers.

President Donald Trump has delegated force management authority in Afghanistan to Mattis, who told Congress on Tuesday that the U.S. is “not winning” the war against insurgents in the country.

Saturday’s shooting at Camp Shaheen is the second attack at the base since April, when at least 10 Taliban fighters drove past checkpoints and opened fire, killing around 150 Afghan soldiers.