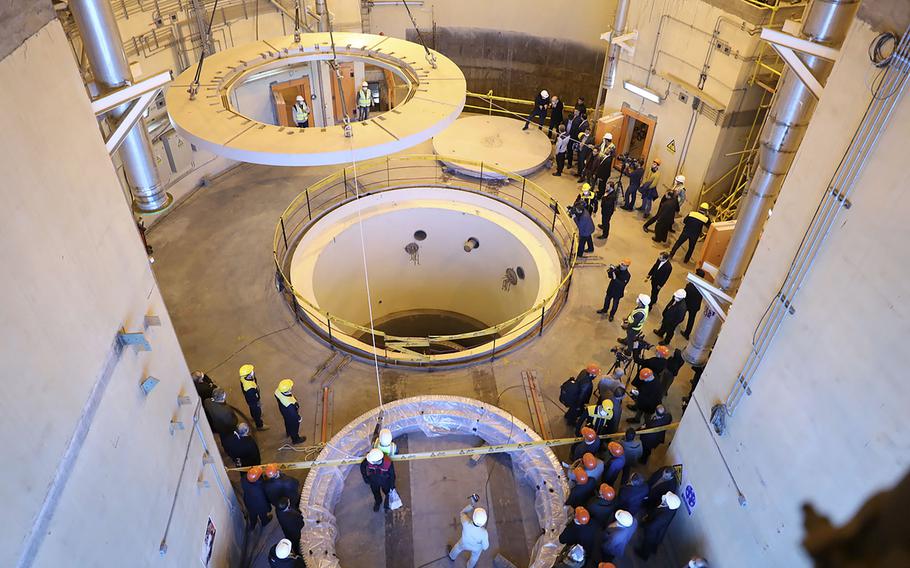 Former President Donald Trump in May 2018 pulled the U.S. out the deal signed three years earlier with Iran, China, France, Russia, the United Kingdom and Germany. The deal had traded sanctions relief for restrictions on Iran’s nuclear program.

At the time, Trump said the multinational agreement did not do enough to stop Iran’s missile program, but the senior official said Friday that pulling out of the deal only accelerated Iranian nuclear development.

“This should not have been a surprise to anybody that knows Iranian behavior and would have predicted exactly what would have happened if the United States just unilaterally left the deal without any plan or conception of what would come next,” said the official, who spoke with reporters on condition of anonymity.

“We've been working diplomatically to get this problem back in a box to return Iran to nuclear compliance with the deal,” the official said. “We think we have very strong support in that regard.”

The official said the diplomatic efforts have worked to make Iran “the isolated party,” which the Biden administration hopes will lead to a return to the nuclear agreement.

“It's pretty clear that in return for its nuclear compliance with the [deal], we are prepared to return to compliance with our side,” the official said. “But the Iranians to date have not agreed to take the steps that it would need to take on the nuclear side, which is why we've been stuck.”

The official said efforts to reach a deal will be a “central focus” for the U.S. in the Middle East next year.

“The only way for Iran to get out of the economic straightjacket that it's in is through return to commitments of the nuclear deal,” the official said. “This is obviously a story that will play out over the first quarter of 2022 and perhaps beyond.”