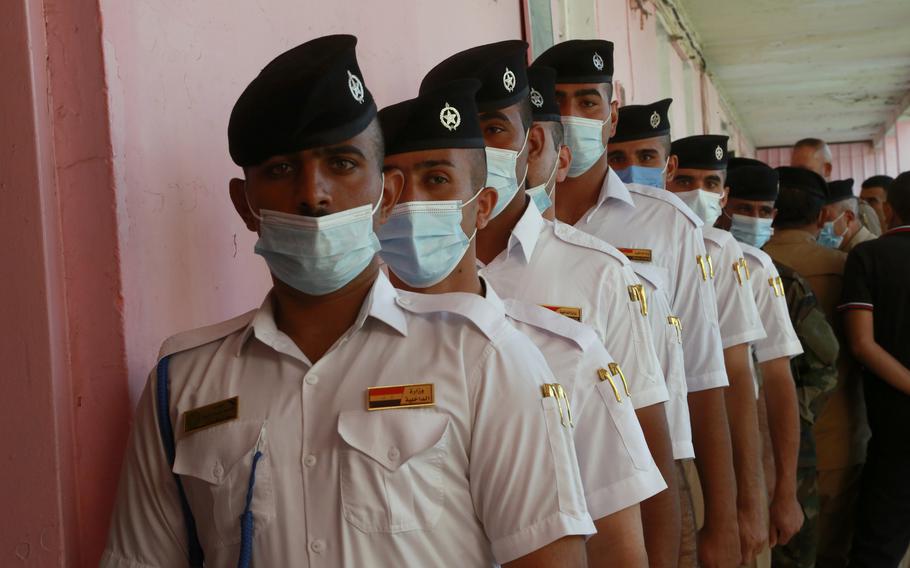 BAGHDAD — Iraqi security forces, displaced people, patients in hospitals and prisoners across the country cast their ballots Friday, two days before the rest of the nation votes in parliamentary elections.

Sunday's vote is being held six months before schedule, in line with a promise made by Prime Minister Mustafa al-Kadhimi when he assumed office in 2020. He is seeking to appease anti-government protesters who rose up in October 2019 in Baghdad and Iraq's south.

Candidates have been trying to convince a reluctant electorate to vote, fearing a repeat of the 2018 elections which saw a record low turnout.

Al-Kadhimi, on a walking tour in Baghdad neighborhoods to oversee the voting, said he was satisfied with the turnout Friday and that the process was smooth.

"These are the first elections since 2003 that are taking place without a curfew in place," he told The Associated Press, a reference to improved security after years of war and conflict.

"I am satisfied with the way things are going so far," added al-Kadhimi, who is not running in the elections. The prime minister is chosen by the largest bloc in parliament.

Friday's so-called "special voting" two days ahead of the election is meant to free police and soldiers so they can provide security on Election Day. A government advisor for election affairs, Hussein al-Hendawi, said more than 1.5 million security personnel were eligible to vote, as well as 120,126 displaced persons and hundreds of hospital patients and prisoners.

There are 3,449 candidates vying for 329 seats in parliament in Sunday's vote, which will be the sixth held since the fall of Saddam Hussein after the US-led invasion of Iraq in 2003.

More than 24 million of Iraq's estimated 38 million people are eligible to vote.