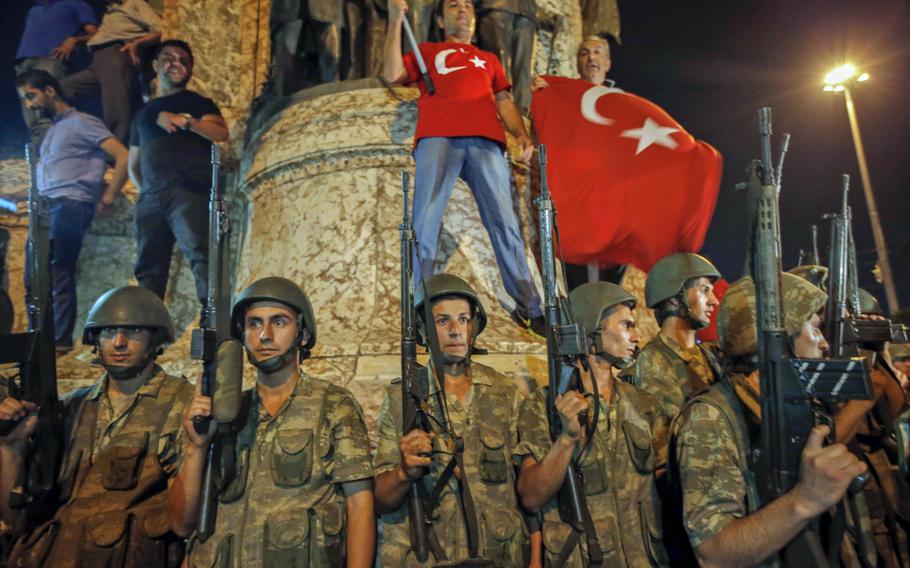 The investigation, led by prosecutors in the western city of Izmir, had led to 137 arrests across 41 provinces so far, Anadolu Agency reported.

Most of the suspects were dismissed from the armed forces in the wake of the failed coup, but 44 were serving members. The highest-ranking suspect was a colonel.

Turkey still carries out regular mass arrests of suspected followers of Fethullah Gulen, the former imam that Ankara accuses of masterminding the attempted takeover, which led to the deaths of 251 people. Gulen, who has lived in rural Pennsylvania since 1999, denies the allegations against him.

Turkey has designated his network a terror group, which it has named the Fethullahist Terror Organization, or FETO.

The government declared a state of emergency after the failed coup and launched a massive crackdown on the network.

Around 4,900 people have since been sentenced to prison, including around 3,000 who were given life sentences. More than 130,000 people were fired from public service jobs, including more than 20,000 military personnel.