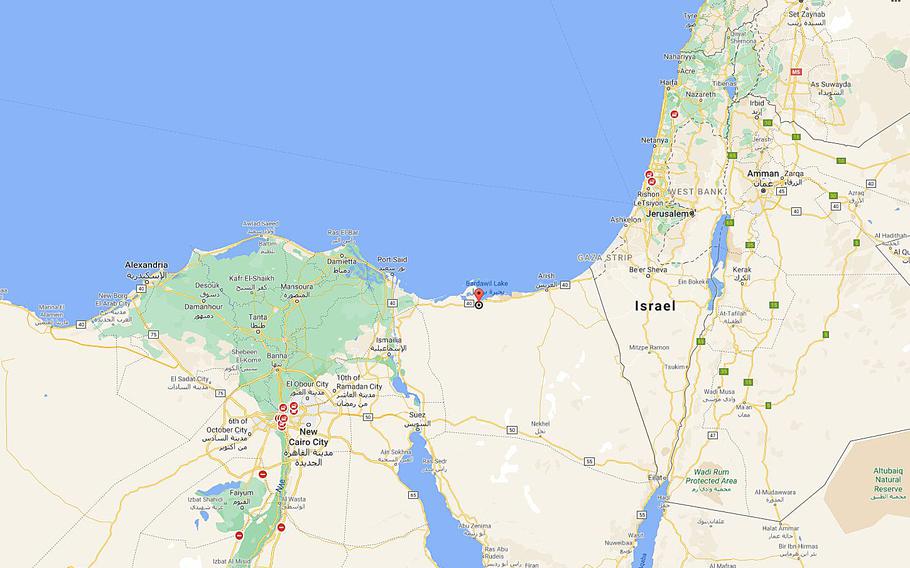 EL-ARISH, Egypt — At least five Egyptians were abducted by Islamic State militants on Tuesday in the restive northern part of the Sinai Peninsula, security officials said.

The five were driving to their workplace in the small town of Bir al-Abed when the militants from the Islamic State group stopped their vehicle and took them to an unknown place.

The five include three engineers, a laborer and their driver, said the officials. They all work at the el-Salam canal project that moves the Nile Delta drainage water to be reused in agriculture in the peninsula.

There was no immediate claim of responsibility for the attack. The two security officials spoke on condition of anonymity because they were not authorized to talk to the media.

Egypt has been battling militants, now led by the Islamic State group, in the northern part of Sinai for years. Violence and instability there intensified after the 2013 military's ouster of Egypt's elected but divisive Islamist president, Mohammed Morsi, amid nationwide protests against his year in power.

ISIS has carried out numerous attacks, mainly targeting Egyptian security forces, the country's minority Christians and those whom the militants accuse of collaborating with the military and police. They have also kidnapped people, mostly Christians and Bedouins, sometimes for ransom.

Though the pace of ISIS attacks in Sinai has slowed to a trickle since February 2018, when the military launched a massive operation in Sinai that also encompassed parts of the Nile Delta and the desert along the country's western border with Libya, abductions and kidnappings still occasionally happen.