An Iranian-backed militia’s New Year’s 2020 attack on the U.S. Embassy in Baghdad caused $35 million worth of damage, a government watchdog agency report found.

The losses made up the bulk of over $37 million in total fire damages at U.S. diplomatic facilities overseas in fiscal year 2020, said a footnote to a State Department Inspector General report released last week about the department’s global fire protection program.

The note attributes the damages to a fire “following a terrorist attack” without further details, but a State Department spokesperson asked to clarify the footnote told the news website Code and Dagger that “hostile militia attacks” damaged embassy access points on Dec. 31, 2019. The Baghdad attack began that night and continued into the next day.

“What you saw was Iranian-backed terrorists … come into the American embassy and posing a risk to American diplomats and personnel inside the embassy,” then-Secretary of State Mike Pompeo said in an appearance on Fox News at the time. 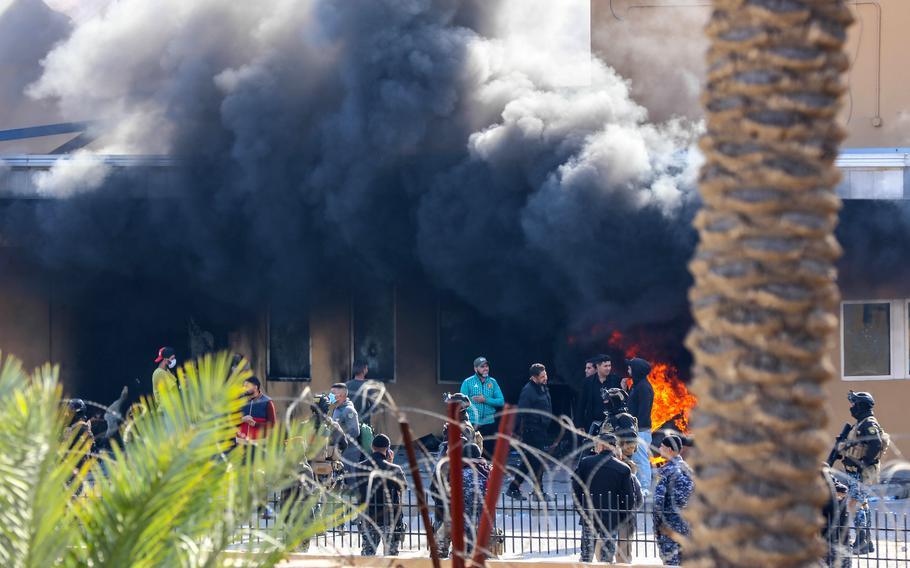 Attackers set fire to the U.S. Embassy in Baghdad as smoke rises from inside the compound, Jan. 1, 2020. ( Desmond Cassell/U.S. Army)

The embassy attack came days after U.S. airstrikes hit sites in Iraq and Syria that the Defense Department said were used by the Iran-backed militia Kataeb Hezbollah. The Pentagon has blamed the group for dozens of rocket attacks on bases housing Americans in Iraq in the past two years, including one that killed an Iraqi American contractor in Kirkuk days after Christmas 2019.

After the airstrikes, mobs waving militia flags penetrated and torched three high-security gate reception buildings meant to hold off attackers long enough for Marines and other security personnel to set up deadlier defenses, Time magazine revealed in a detailed report of the attack last year.

Destruction of the gate buildings alone was estimated at about $20 million, the magazine reported, citing an unnamed senior security official who deemed it money well spent because it bought time for the staff inside the compound. The facility, nearly the size of Vatican City, housed some 1,300 personnel, the State Department has said.

The mob also threw Molotov cocktails over the perimeter wall, apparently attempting to ignite the embassy’s fuel depot, but that fire was put out before it caused a larger explosion, Time reported.

The State Department’s Bureau of Overseas Building Operations, which is responsible for the fire protection program, did not immediately respond to a Stars and Stripes inquiry about the damages.

The destruction made the department’s fire losses last year the highest on record in the past six years, the IG found, compared to a low of about $360,000 for an unspecified year in the same period. The number of fire incidents each year ranged from 95 to 154 during the period, it found. 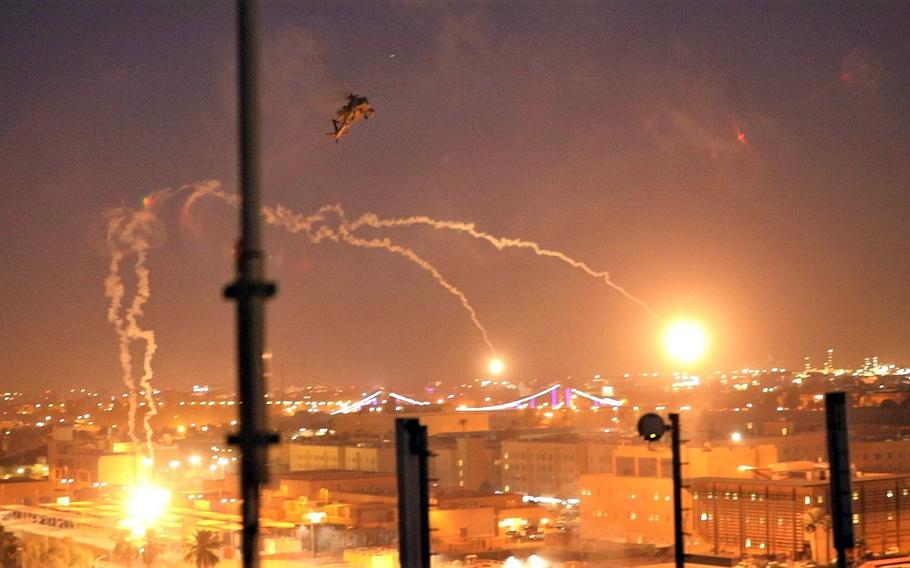 The defense of the embassy from over 3,000 protesters during the 36-hour siege earned six Diplomatic Security Service agents the 2019 National Award for Uncommon Valor from the Federal Law Enforcement Officers Association in September. The entire DSS security team was also nominated for the State Department’s Heroism Award, the department said in a statement.

“Without the sustained response of the DSS personnel and the contract support staff, there would … have been more property damage and possible casualties,” said the statement, quoting an award nomination.