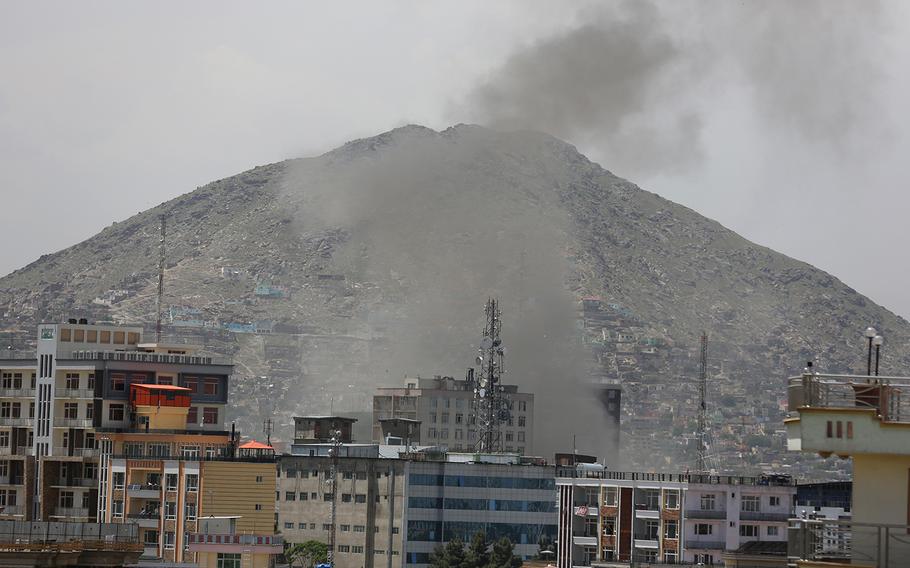 Smokes rises after a huge explosion near the offices of the attorney general in Kabul, Afghanistan, Wednesday, May 8, 2019. (Rahmat Gul/AP)

Smokes rises after a huge explosion near the offices of the attorney general in Kabul, Afghanistan, Wednesday, May 8, 2019. (Rahmat Gul/AP) 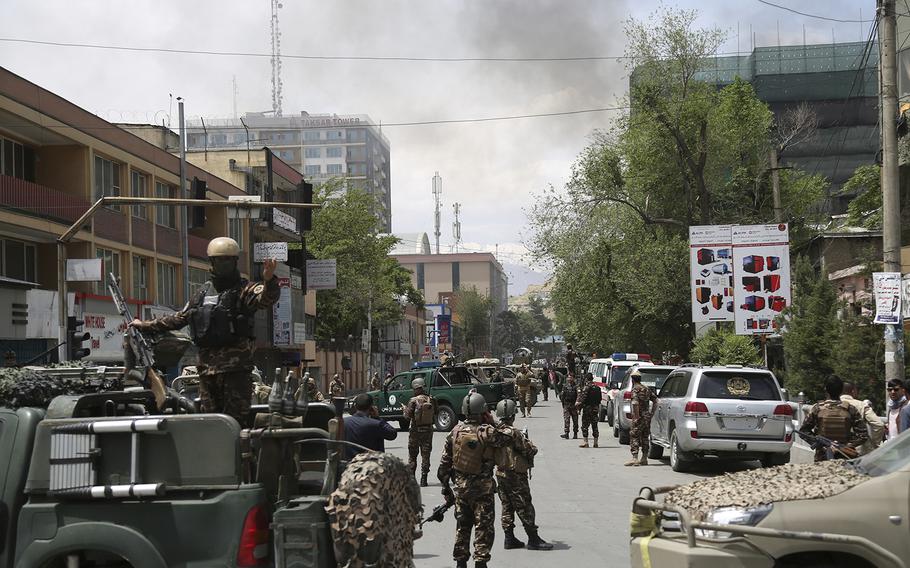 Afghan security personnel arrive near the site of a huge explosion in Kabul, Afghanistan, Wednesday, May 8, 2019. (Rahmat Gul/AP) 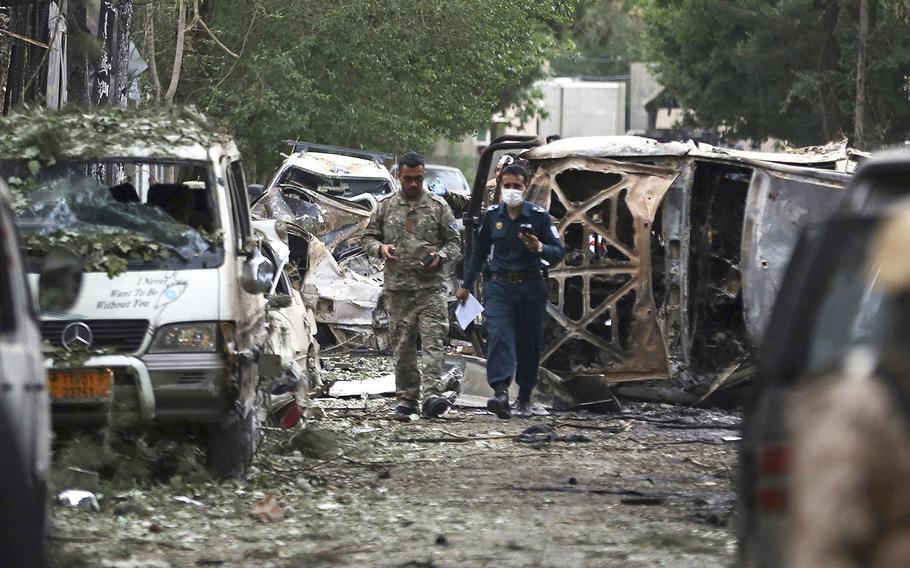 Afghan security forces guard the site of an explosion in Kabul, Afghanistan, Wednesday, May 8, 2019. (Rahmat Gul/AP)

KABUL, Afghanistan — A five-hour siege on a U.S.-funded aid organization in the Afghan capital ended Wednesday evening with 11 dead, including five Taliban attackers and a member of the country’s special police forces, after a complex attack that shook the center of the city with several blasts and volleys of gunfire.

The attack and ensuing gun battle left at least five civilians dead and 24 wounded, including at least one foreigner, said Basir Mujahid, spokesman for the Kabul police chief.

Earlier in the day, the Taliban claimed responsibility for the violence, which targeted the compound housing Counterpart International, an Arlington, Va.-based nonprofit whose social programs in the country are funded by the United States Agency for International Development.

Counterpart International issued a statement in Arlington saying it believed all its staffers were safe and accounted for, but "we were informed that Afghan police security officers stationed at our front gate were killed during the attack."

Calling it “senseless violence,” U.S. Ambassador to Afghanistan John R. Bass condemned the incident in a statement posted to Twitter.

“The targeted organization helps local communities, trains journalists and supports the Afghan people,” Bass said. “For this, it is the target of senseless violence.”

The attack began just before noon with a car bomb explosion near several government buildings in a busy commercial area in the heart of downtown Kabul. Additional smaller explosions followed, along with volleys of gunfire as police officers from a nearby station sped to the scene.

Police special operations forces also converged on the compound in the Shar-e-Naw district and exchanged fire with the attackers, who were dropping grenades from within the building, the Afghan Interior Ministry said in a statement.

Gunfire and blasts persisted for hours after the first explosion.

Noor Aga, a newly married member of the Afghan police special forces, was killed in the hourslong firefight, a Defense Ministry spokesman said.

The United Nations mission in Afghanistan also condemned the attack on Twitter, calling it “deplorable” for its deliberate targeting of a civilian aid organization.

The Taliban targeted the organization for carrying out what the insurgents called in a statement “Western destructive activities” in the Islamic country.

The insurgents have exhibited frustration in recent months with some other international relief groups, such as the Red Cross and the World Health Organization. In April, the militants announced a ban on the two groups working in areas of the country they control — which the latest U.S. military assessments in October said was about 12% of the country’s 407 districts.

Thursday’s attack occurred during the third day of the Islamic holy month of Ramadan. A council of Afghans from around the country last week urged the Taliban and the government in Kabul to reach a cease-fire for the month. The Taliban on Friday rejected the prospect of a truce.