100 soldiers from Joint Base Lewis-McChord headed to Iraq 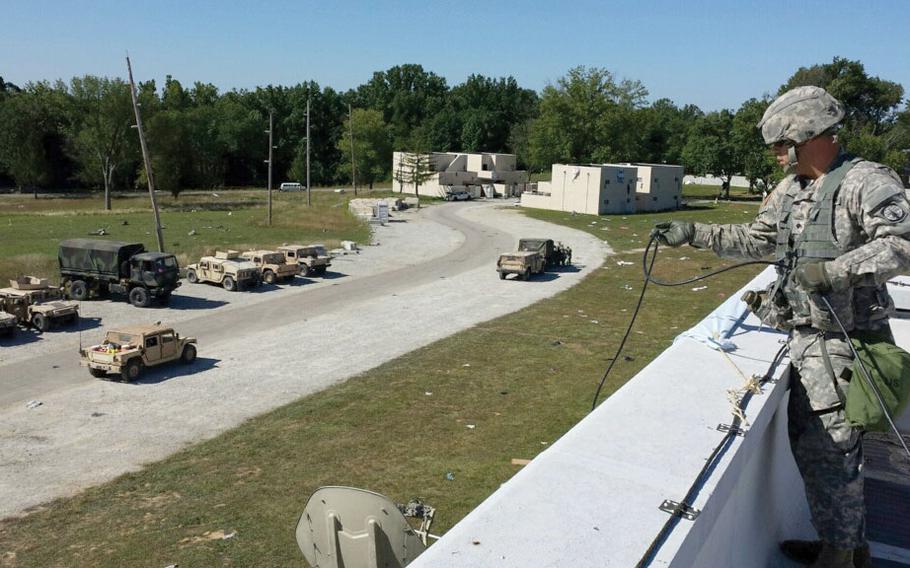 SAN DIEGO — About 100 soldiers stationed at Joint Base Lewis-McChord in Washington will deploy to Iraq later this month, the Army announced Wednesday.

The soldiers of 51st Signal Battalion (Expeditionary), 35th Signal Brigade (Tactical), will provide communication support for the combined joint task force there as part of Operation Inherent Resolve. The deployment is expected to last about nine months.

They’ll join more than 2,100 other American servicemembers already serving in Iraq and will support the U.S. Central Command mission against the Islamic State in Iraq and Syria.

About 1,000 paratroopers from the 82nd Airborne Division’s 3rd Combat Team will deploy from Fort Bragg, N.C., around the same time and also expect a nine-month deployment.

“Leaders in the 51st ESB understand that soldiers are our greatest asset, and as a result, we go to great lengths to ensure our soldiers can deploy to austere environments, survive and sustain themselves on the battlefield, and provide world-class communications support to war-fighting units,” Lt. Col. John W. Meek, the battalion’s commander, said in a written statement.

The signal battalion last deployed to Afghanistan from 2011 to 2012, and had planned to deploy to West Africa to help fight Ebola.

“The soldiers of the 51st ESB continually impress me with their commitment to accomplishing any mission,” Meek said. “They have built a superb reputation with units around the Army for providing world-class signal support.”