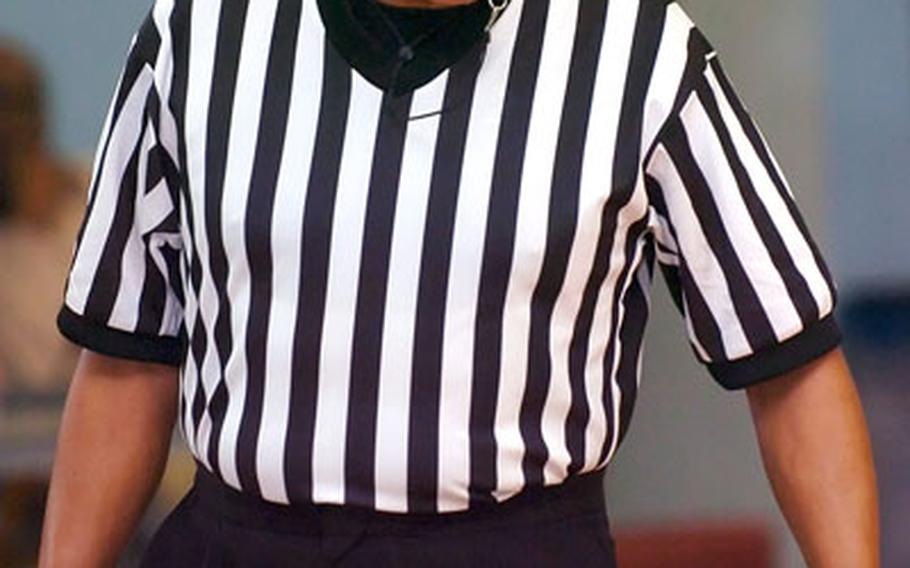 How long have you been a sports official?

I began in 1972. I started with Little League Baseball. I had two sons in tee-ball and went out one day to watch them play. There were no officials, so I stepped in. Next came baseball. I&#8217;ve officiated at 12 World Series in Florida for 16-18-year-olds. In 1982, I managed a team that went to Gary, Ind., for the World Series. Dwight Gooden was on one of the other teams. I&#8217;ve called fast-pitch and slow-pitch softball. In 1982, I worked the Pan Am Games in Puerto Rico. In May, I&#8217;m going to be working a softball tournament in Cairo.

What do you do for a living?

I retired from the Air Force in 1983. I was a security policeman for 25 years and I worked as commissioner of baseball, boxing, basketball soccer and men&#8217;s softball for the Air Forces in Europe before they drew the sports program down. I worked for USAFE Services until 1999. Now what I do is officiate.

The hardest sport is referee in football. You have to think for everyone on the crew.

What&#8217;s your favorite sport to officiate?

Basketball. You have to have quick reactions and use your brain.

How do you keep all the versions of each sport &#8212; international and U.S. high school, college and pro rules for basketball, for example &#8212; straight?

I study a lot of rule books to refresh my memory. Each is a little bit different, but lately they&#8217;ve modified a lot of the international basketball rules to make them more similar to the NBA.

How long will you keep officiating?

I&#8217;m going to keep doing it until my legs tell me it&#8217;s time to stop. I love sports. It&#8217;s a great way to keep in shape. Plus, Europe is so short on officials. We gave a Little League clinic last week, and only two officials showed up. I give a lot of clinics. We&#8217;ve got to get new officials, especially for high school football. We&#8217;ve got to train them and teach them how to listen and take criticism.

Interview by Rusty Bryan. Know someone whose accomplishments, talents, job, hobby, volunteer work, awards or good deeds qualify them for 15 minutes of fame? How about someone whose claim to glory is a bit out of the ordinary &#8212; even, dare we say, oddball? Send the person&#8217;s name and contact information to news@mail.estripes.osd.mil.