While social media jokes about uniforms and logos, Space Force is getting ready to fight wars, senior NCO says 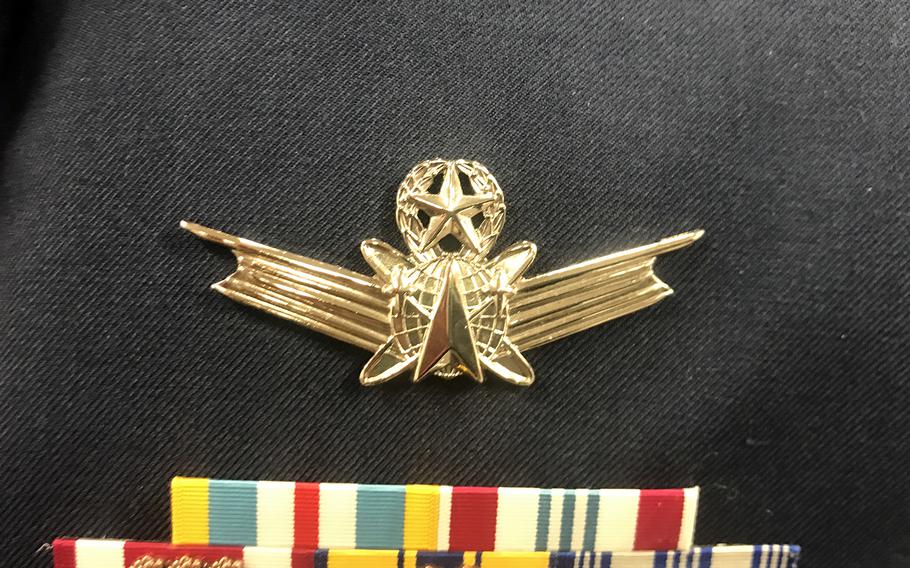 YOKOTA AIR BASE, Japan — It’s fun to talk about Space Force uniforms and blasting troops into orbit, but the first priority for the new service branch is getting capabilities to warfighters, a top Space Force enlisted leader said.

Service members working for the Space Force, which was created in December by designating the Air Force Space Command as its own service branch, are airmen who will eventually become something else, said Bentivegna, who wore a shiny space operations occupational badge.

A photo of the first Space Force name tape on a camouflage uniform on social media recently provoked a slew of snarky comments from people saying the camo wouldn’t blend well with the stars.

“Members will look like their joint counterparts they’ll be working with, on the ground,” the Space Force wrote in a tweet.

Space Force officials will meet with President Donald Trump to talk about logos, naming conventions and ranks for the new force, Bentivegna said.

There’s been talk about what the culture of the new service should be, he added.

“We are trying to get that right but what’s more important is the organizational structure and how we, as an operational service, provide capabilities to the warfighter,” he said in an interview after the symposium. “How do we organize, train and equip space professionals? That’s one of the major reasons we started up the Space Force.”

Enlisted personnel fly satellites and send commands to keep them in the right orbit. They keep satellite batteries charged and analyze the data they send back before passing it on to other organizations, Bentivegna said.

“Enlisted operators are integrated across all aspects of space operations,” he said, noting that they’re doing things that only officers were authorized to do a few years ago.

Bentivegna’s 22-year career in space operations has included work in ground- and space-based missile warning as well as space surveillance with the National Reconnaissance Office.

“With the establishment of the Space Force we are looking to transition from being very broad based but not very deep to growing professionals who have deep understanding of the mission they are in,” he said.

A priority is building relationships with friends and allies, he said.

Japan will establish a space defense unit within its Air Self-Defense Force this spring, Prime Minister Shinzo Abe said, according to a transcript of a speech he gave Monday in the Diet.

“We will drastically strengthen our capability and structure in the new domain, such as cyber and electromagnetic waves, in order to ensure superiority,” Abe said.

The Yokota meeting was aimed at helping Japan’s military develop its own space professionals and helping them integrate and collaborate with the U.S. Space Force, Bentivegna said.

“Japan’s main focus is space situational awareness — knowing what’s up there and being able to protect their satellites and being able to exploit the information they get so they aren’t vulnerable,” said Chief Master Sgt. Brian Kruzelnick, the 5th Air Force command chief, who also participated in the symposium.

There is a space operator on the 5th Air Force Staff liaising with the Japanese and U.S. military payloads are flying on Japanese satellites, he said.

Could some of the first Space Force service members float in space?

“In 50 years, space travel may be as common as air travel,” he said. “When you look at the Navy’s role in patrolling the sea … what is the Space Force’s role when there is going to be commercial traffic through space?”