Website helps Americans get into rhythm of German life 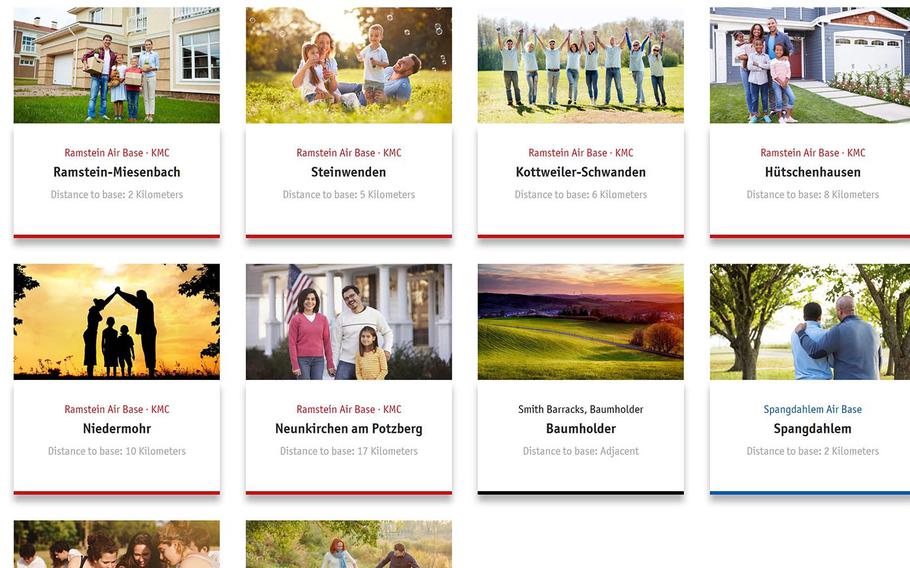 A screen grab from a new website lists links with information for nearly a dozen communities in the Kaiserslautern Military Community. The site is part of a project to help Americans assimilate into Germany. (Screen grab from Willkommen Rheinland-Pfalz)

KAISERSLAUTERN, Germany — If you’re new to Germany and invited to your German neighbor’s house, here’s a tip: Be on time — or better yet, 5 to 10 minutes early — and bring a gift, such as fine chocolates, a bottle of wine or flowers.

Proper social etiquette is one of many topics covered by a new English-language website — intended to help Americans assimilate into their local communities.

The site, launched last month as a joint project by the Rhineland-Pfalz Interior Ministry and the Atlantic Academy, lists information about German customs, host-nation regulations, community services, local events and other items.

Ten communities in the Kaiserslautern Military Community are currently listed, with plans to expand, according to organizers.

The KMC is the largest American military community overseas, home to an estimated 50,000 Americans.

The site consolidates information Americans previously had to seek through many different sources, such as social media, brochures and third-party listings.

Depending on one’s village, Americans can find out what time the local bakery is open or where the nearest battery collection point is. In Baumholder, for instance, there’s information on how to contact local organizations, such as the dog, lifeguard, golf and fishing clubs. Each community page also lists contact information for local officials, such as the town mayor.

The site is still being updated, as the villages provide more information, said Steffen Wehner, a spokesman for the Rhineland-Pfalz Interior Ministry.

Project manager John Constance of the Atlantic Academy said the website is unique because teams from each of the local communities compiled the information. “They are the ones who know their village inside-out, and they are more than willing to show their fellow American citizens how they can become an active member of their community,” he said in a statement.

“It’s an unmistakable sign of American families being welcome to participate in the local life, which cannot be stressed enough,” he said. The website is the first of its kind geared towards Americans in Germany, organizers said.

Astrid Kleemann, who works for the city of Ramstein, said the project is an important step in helping Americans become familiar with their new community.

Americans often visit Ramstein’s city hall asking basic questions about where to find day care and how to get a larger garbage can, she said.

“It’s all about receiving information quickly,” she said of the website.