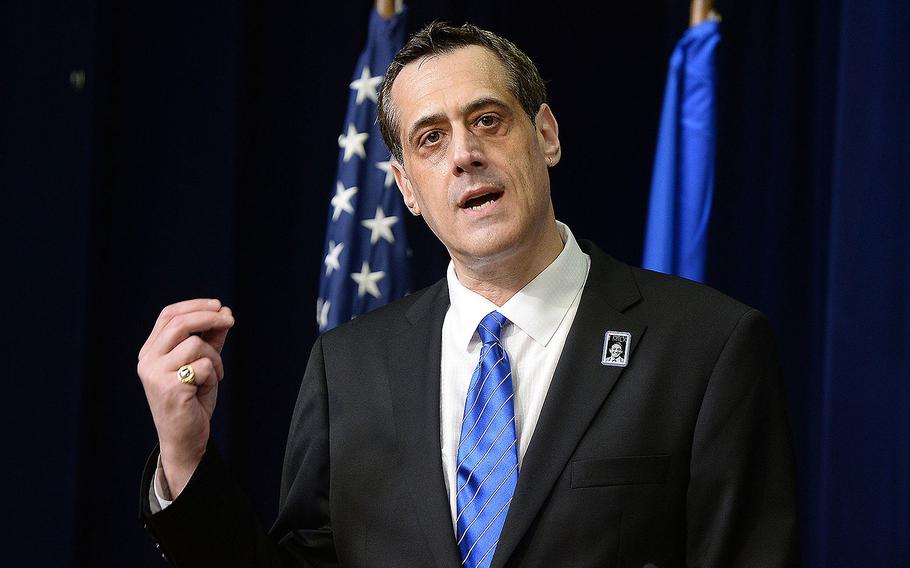 Stuart Milk, a co-founder of the Harvey Milk Foundation, speaks at the White House on May 22, 2014 in Washington. (Olivier Douliery/Abaca Press/MCT)

The talks, scheduled June 7 for students who signed up or had their parents' permission to hear LGBT advocate Stuart Milk, nephew of gay icon Harvey Milk, were canceled by district superintendent Kent Worford, according to teachers and U.S. Army Africa officials.

In addition, scheduled meetings with Milk and both schools' gay-straight alliance clubs were canceled.

It's not clear why the Vicenza education official canceled the talks, a move confirmed by USARAF and middle-school teacher Michal Paul Turner, who helped organize the talks that she said had enthusiastic support from both school principals. A letter sent out to parents said the event was canceled but did not provide a reason.

DODEA officials said they were taken by surprise by the move and said there was no policy to forbid students from hearing from LGBT and human rights advocates. "We support all our students, they're at the heart of what we do," said William Griffin, a DODEA spokesman. "We have policies of inclusivity and openness."

Event organizers said they were disappointed. "But I wouldn't say I'm distraught," said Bert Gillott, a retired Air Force master sergeant and current USARAF protocol officer involved in the event's planning. "I know that there are people out there leading the services into the 21st century."