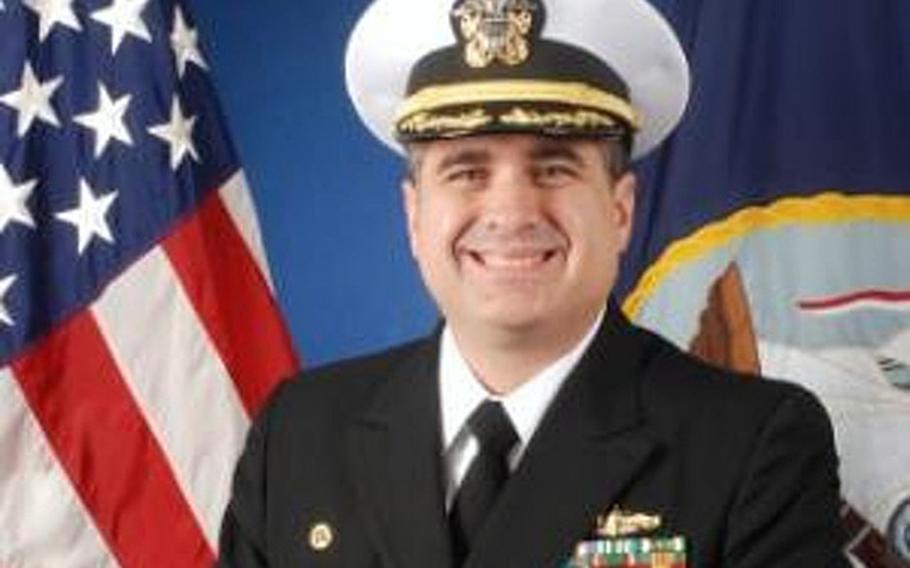 Commander Herman Pfaeffle has been relieved of command of the USS John L. Hall after the ship struck a pier in Batumi, Georgia. ()

NAPLES, Italy &mdash; The commanding officer of the frigate USS John L. Hall was fired Tuesday, two months after the frigate collided with a pier during a visit to Georgia, a Navy official said.

Harris&rsquo; decision came at the end of a Navy investigation by Naval Forces Europe staff into the April 16 crash into the pier as the John L. Hall was pulling into Batumi, Georgia. The ship was on a scheduled deployment to the Black Sea to work and train with a partner navy, Walton said.

The impact caused roughly $160,000 in damages to the ship, while there was no reported damage to the pier, Walton said. No sailors were injured in the collision.

The John L. Hall&rsquo;s executive officer, Lt. Cmdr. Michael J. Brand, will assume command until a replacement for can be named, Walton said.

Pfaeffle took command of the John L. Hall, homeported in Mayport, Fla., in March. He enlisted in the Navy in 1983, and received his commission a decade later after earning a degree in Industrial Engineering from Purdue University, according to the ship&rsquo;s official website.

Pfaeffle&rsquo;s dismissal was effective Tuesday, even though officials had yet to decide where he will be reassigned for administrative duties.