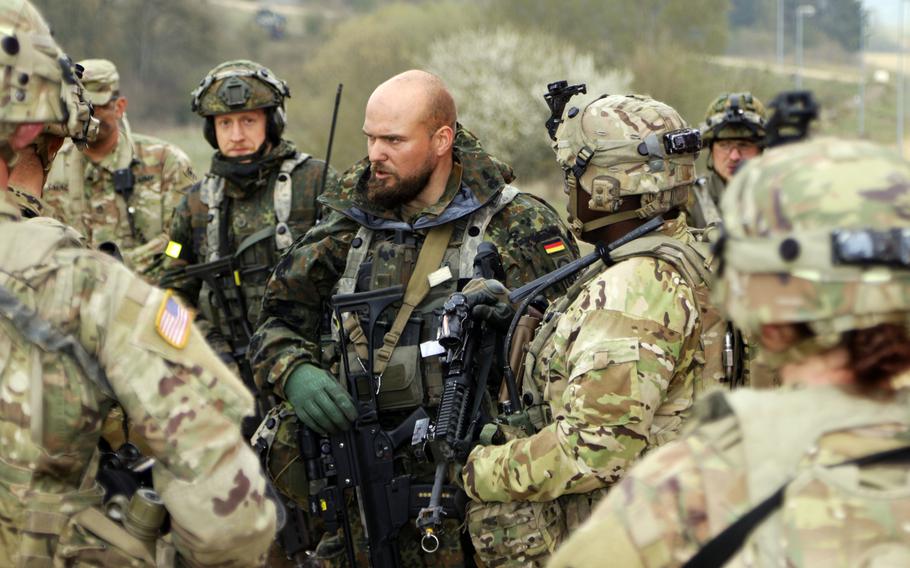 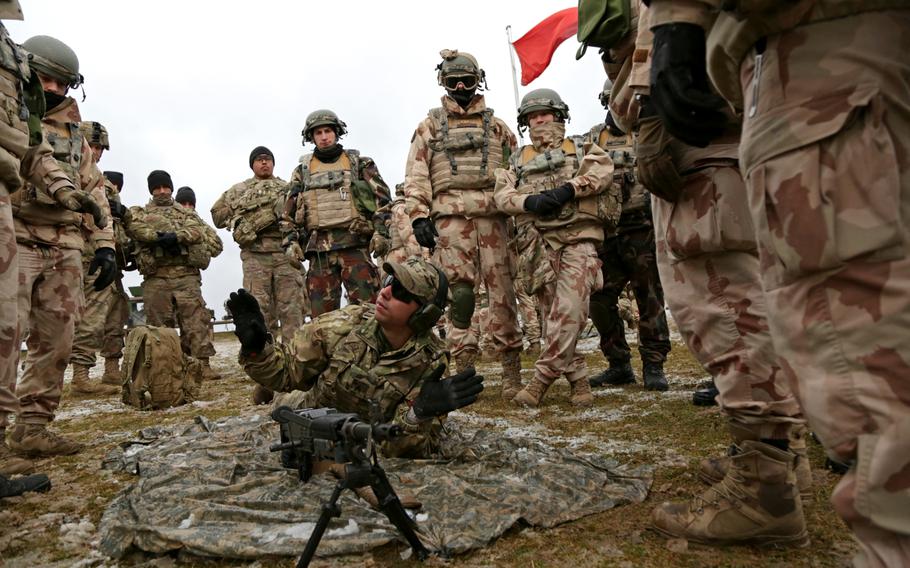 The Trump administration has issued a warning to European Union allies that a decadeslong partnership is at risk if the American defense industry isn’t allowed to compete for contracts on new EU military projects.

The EU is pushing an initiative that amounts to “a dramatic reversal” of “three decades of increasing integration of the trans-Atlantic defense sector,” senior officials in Washington said in a letter to Federica Mogherini, the bloc’s top diplomat.

“Before these contracts develop, we advise you to review them once again with a focus on our long-term goals for the trans-Atlantic security partnership,” wrote Ellen Lord, undersecretary of defense for acquisition and sustainment, in a joint letter earlier this month with Andrea Thompson, undersecretary of state for arms control and international security.

The letter, which was obtained by the German magazine Der Spiegel, says the U.S. could retaliate with similar restrictions if changes aren’t made.

At issue is a concern that American companies will not be able to compete for contracts because of EU rules connected to the European Defense Fund and Permanent Structured Cooperation known as Pesco, launched in 2017 as a way for member states to address military weaknesses.

Europe’s lack of defense investment has been a key point of contention between President Donald Trump and allies in NATO. Now, the U.S. is taking issue with a European push to become more militarily independent through the EU.

Washington has expressed concerns that the European Union efforts could result in unnecessary duplication with NATO when it comes to developing military capabilities. Britain has always blocked efforts to strengthen the EU’s security and defense capabilities separate from NATO, but that could end as Britain’s plans to exit the EU move forward.

Meanwhile, relations between the U.S. and EU have become increasingly tense. President Donald Trump, a frequent critic of the European pact as well as NATO, has complained of a trans-Atlantic trade imbalance. Trump’s threats of tariffs on key sectors, such as the German automotive industry, have raised concerns of a brewing trade war between the U.S. and Europe.

In the case of the EU’s new defense initiatives, the efforts fail to meet the requirements of “joint arms industrial cooperation within the EU and across the Atlantic,” said the U.S. letter cited by Spiegel.

The main complaint from Washington is that “poison pills” in EU contracts can potentially block U.S. industry from competing. EU rules stipulate that while nonmember states can bid for contracts, it must be decided on a case-by-case basis by EU members. The EU also aims to block non-European participants from exporting subsidized weapons systems, Spiegel reported.

The U.S. threatened to retaliate if EU rules are not changed.

“It is clear that similar reciprocally imposed US restrictions would not be welcomed by our European partners and allies, and we would not relish having to consider them in the future,” the letter said.