US, UK defense chiefs say hostage situation in Algeria is over 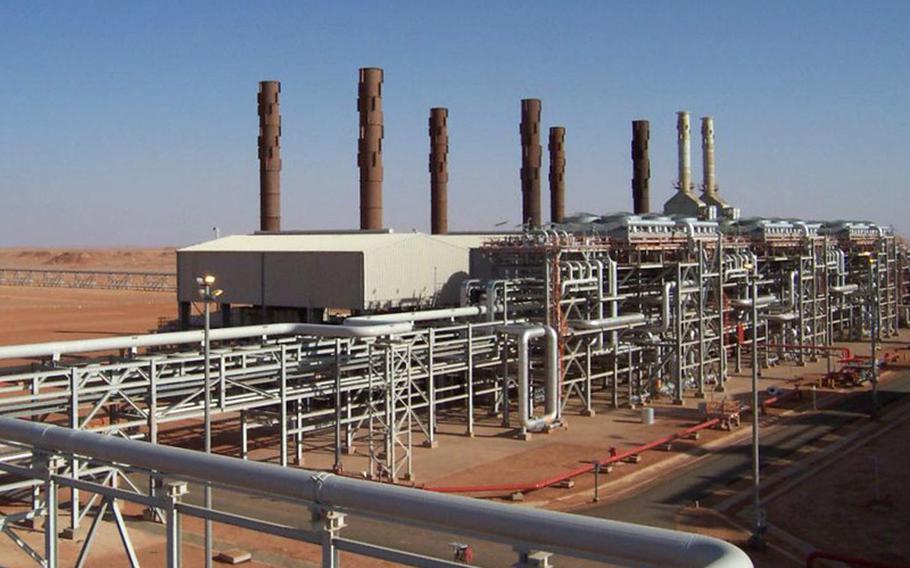 In this undated image released Wednesday Jan. 16, 2013, by BP petroleum company, showing the Amenas natural gas field in the eastern central region of Algeria, where Islamist militants raided and took hostages Wednesday Jan. 16, 2013. Islamist militants from Mali attacked the Amenas natural gas field partly operated by BP in Algeria early on Wednesday, killing a security guard and kidnapping at least eight people, including English, Norwegian and Japanese nationals, an Algerian security official and local media reported. Algerian forces, later caught up with and surrounded the kidnappers and negotiations for the release of the hostages are ongoing, officials said. (BP)

LONDON – The hostage situation in Algeria is over after a second assault by the Algerians, which resulted in more deaths, British Secretary of State for Defense Philip Hammond said Saturday.

“The loss of life as a result of these attacks is appalling and unacceptable,” Hammond said, “we must be clear that it is the terrorists that bear sole responsibility for it.”

U.S. Defense Secretary Leon Panetta said in a joint press conference with Hammond that information on the raid is still sketchy, and that the U.S. and the U.K. are working to stay abreast of the latest developments.

Hammond also said Britain is “deeply concerned” by the security situation in Mali and remains “committed to working with the Malian government and international partners to prevent a new terrorist haven from developing on Europe’s doorstep.”

Panetta again decried the situation in North Africa and praised the French efforts there.

But neither nation will send troops to Mali in support of France, the defense secretaries said. The U.S. and the U.K. are providing logistical and intelligence assistance to the effort.

Hammond said the UK remains “in lockstep” with the U.S. and ISAF.

Panetta said he spoke to British veterans of the war in Afghanistan.

“My fervent hope is that all of the lives that were lost ... were not lost in vain,” Panetta said.

The joint press conference capped off Panetta’s weeklong visit to Europe, his last trip abroad as secretary of defense.