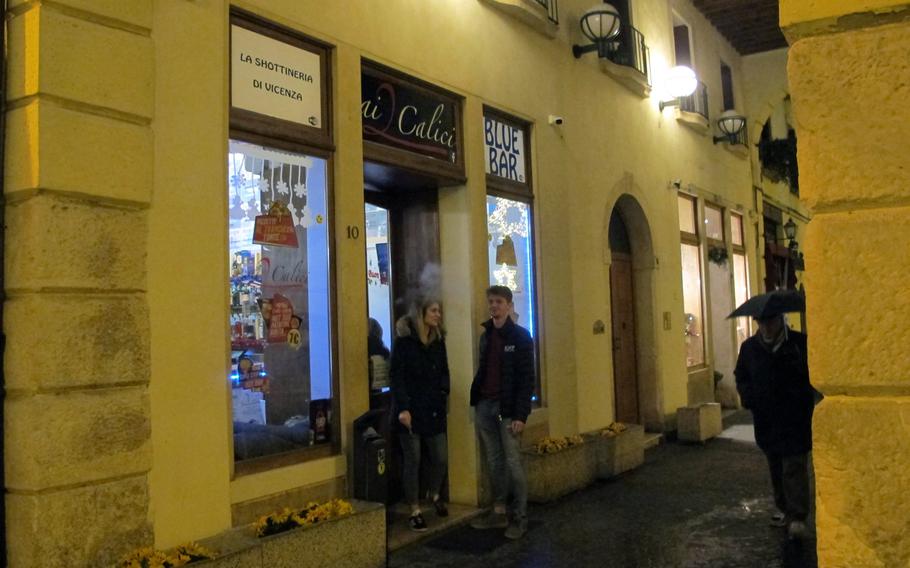 Buy Photo
Blue Bar was among the establishments put off limits to soldiers from the 173rd Airborne Brigade for 45 days after a group of paratroopers was accused of fracturing an Italian student's jaw and breaking another's ribs. (Nancy Montgomery/Stars and Stripes)

Buy Photo
Blue Bar was among the establishments put off limits to soldiers from the 173rd Airborne Brigade for 45 days after a group of paratroopers was accused of fracturing an Italian student's jaw and breaking another's ribs. (Nancy Montgomery/Stars and Stripes) 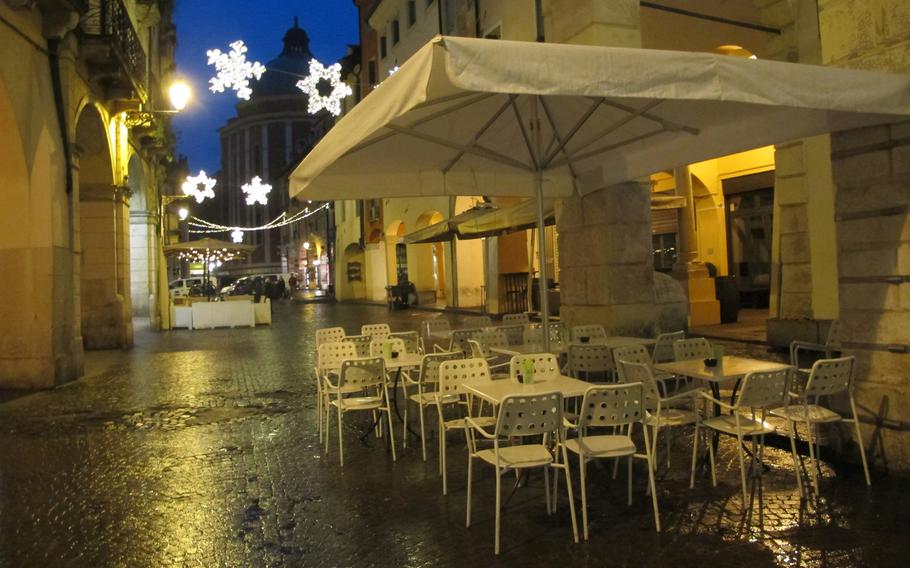 Buy Photo
This small street in Vicenza's old town was off limits to 173rd Airborne Brigade soldiers for 45 days after a group of paratroopers was accused of assaulting Italian men. The street has several popular bars. (Nancy Montgomery/Stars and Stripes)

VICENZA, Italy — Italian prosecutors are investigating several U.S. paratroopers after one of them was accused of punching a local man, fracturing his jaw and breaking most of his teeth, the man’s lawyer said.

The ban on soldiers visiting the street expired last week, but other potential measures will be discussed at an upcoming disciplinary review board meeting, brigade spokesman Maj. Chris Bradley said.

Bradley declined further comment on the incident, citing the Italian investigation. Italian prosecutor Hans Roderich Blattner could not be reached for comment.

The soldiers involved in the Nov. 28 incident have not been named but were identified by city surveillance camera video. Some of them are African American and said they were responding to being called racial slurs, said an official who spoke on condition of anonymity.

But the injured man’s lawyer, Alessandra Bocchi, said her client never talked to the soldiers.

The 21-year-old student was attacked after talking with a friend who, when asked how he got his black eye, told him he’d gotten into a fight with U.S. soldiers, Bocchi said.

As the two spoke, Bocchi said, a group of about 10 soldiers appeared.

One of the soldiers crouched in a wrestling stance and, flanked by others in the group, punched her client in the face, she said.

“Our client has had three operations. They had to rebuild his face,” she said. “He has two titanium plates” and lost most of his teeth in the attack, she said.

Another Italian man’s ribs were broken during the fight, Bocchi said.

The same group of soldiers was suspected of being involved in other violent confrontations in the city, she said.

In November, 173rd Brigade Staff Sgt. Tyrekie Meyer was sentenced to four years in prison for the 2017 rape of an Italian woman at a house party. In 2018, local police responded to a murder-suicide involving a retired major who killed his wife.

U.S. Army Garrison Italy has over the past year stepped up efforts to keep troops out of trouble.

A year ago, Custom Club was placed off limits after “more than a dozen cases of soldiers being hurt, robbed and taken advantage of,” said James Brooks, U.S. Army Garrison Italy spokesman.