US sailor missing after paddle boarding off Sicily 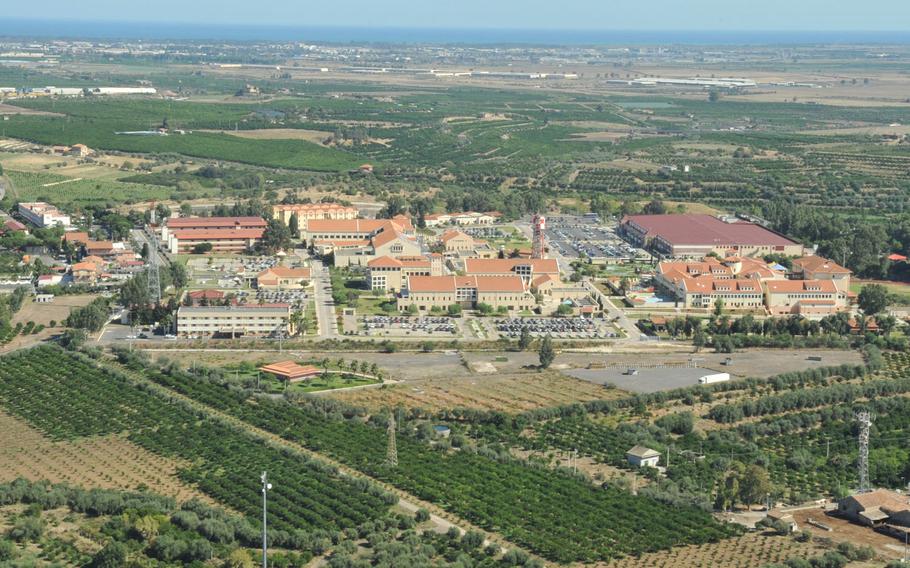 A view of NAS I, one of Naval Air Station Sigonella's two sites in eastern Sicily. A sailor stationed at the base went missing off the coast of Sicily on Saturday. Remains have been found but not positively identified as of Tuesday morning, Feb. 2, 2021. (U.S. Navy)

A body has been recovered but not yet positively identified after a sailor assigned to Naval Air Station Sigonella who went paddle boarding was reported missing this weekend, base officials said Tuesday.

Italian military and civilian rescue services searched the area and discovered human remains Sunday about 6 miles south of where the sailor was last reportedly seen, base spokesman Lt. Karl Schonberg said. The search has since been called off, Schonberg said.

Aci Trezza, a seaside town about 20 miles northeast of the base, is a popular destination for swimming and water sports, Schonberg said. There are a number of rock formations off the coast, including the Rock of the Cyclops. The sailor was believed to be paddle boarding near the rock.

The base is investigating the incident along with Italian authorities.

“Our thoughts and prayers are with the Sailor’s family during these incredibly difficult circumstances,” a base Facebook post stated.