US families ordered to leave Turkey are unlikely to return 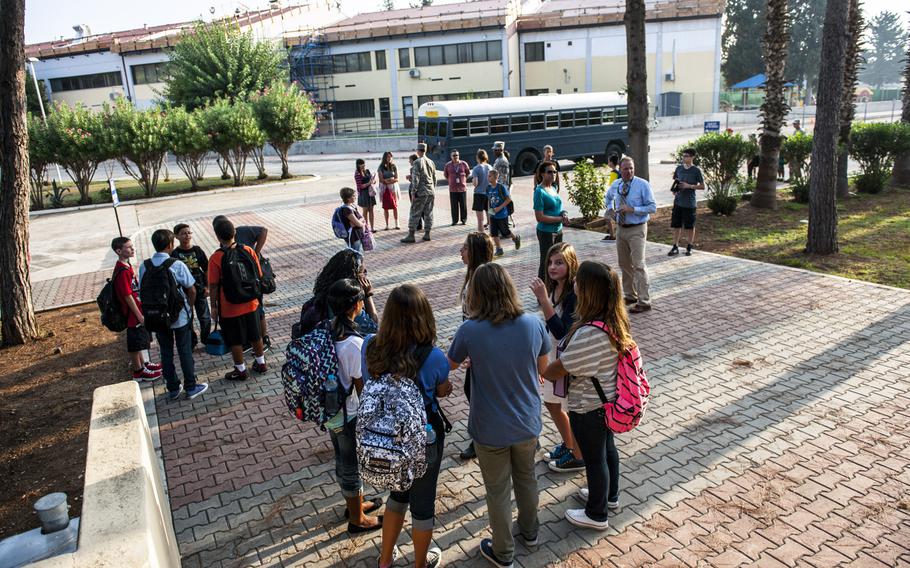 KAISERSLAUTERN, Germany — The first military families ordered to leave Turkey because of deepening security concerns in the region arrived in Germany Wednesday afternoon and were to continue on to the States. Their departure from Turkey will most likely be permanent.

“It was a pretty full plane of folks,” said Kris Gault, a spokeswoman for U.S. Air Forces in Europe–Air Forces Africa. The family members on the first flight into Ramstein Air Base have all opted to return to the States, Gault said, and were expected to continue their journey later Wednesday evening.

“Families are being briefed on all their options,” Julie Weckerlein, a spokeswoman for U.S. European Command, said.

Those options include returning to one’s home of record in the States or moving to a follow-on assignment if there is one, she said. Families with school-age children will also likely be able to stay at Ramstein temporarily so their kids can finish out the school year, Air Force officials at Ramstein said.

In all scenarios, the military is paying expenses such as transportation and lodging for those families.

Upon arriving at their destination, families will be greeted by a team that will address housing, medical, financial and educational needs, Weckerlein said.

The mandatory departure, ordered Tuesday by the State and Defense departments, affects about 670 dependents of military and civilian personnel at Incirlik and those at smaller bases in Izmir and Mugla. The families of U.S. diplomats in the same areas are also ordered to depart.

No specific threat triggered the dramatic move to pull most dependents out of Turkey, the Pentagon said Tuesday.

“This was a decision made out of an abundance of caution, given the overall picture, the security threats that … we looked at in the region,” Defense Department spokesman Peter Cook said.

Weckerlein added that “they’ve been considering this for some time.”

“While realizing how disruptive this is for our families,” she said, “the top priority is their safety, security and well-being.”

Cook said the decision was also made at the request of EUCOM commander Gen. Philip Breedlove.

“This decision allows for the deliberate safe return of family members from these areas due to continued security concerns in the region,” Cook said at a Pentagon briefing. “It in no way signifies a permanent decision to end accompanied tours at these facilities and is specifically intended to mitigate the risk to DOD elements and personnel, including family.”

The military is reviewing the status of Incirlik and other installations in Turkey as a family destination, officials said. It’s not known when or if families might be able to return to the affected installations.

“They’re not going to be gone for three months and return,” Weckerlein said. “At this time, dependents won’t be in Turkey. There is no timeline of a return.”

The types of tours at these installations — unaccompanied versus accompanied — as well as tour lengths are currently under review, she said.

How long personnel whose families have left Turkey might remain there is also being reviewed, Weckerlein said. If, for example, an airmen is on a three-year accompanied tour without family, that tour length may be adjusted, she said.

For now, servicemembers will continue to reside in installation housing as long as they’re there, she said.

Uncertainty about the nature of future tours to the base comes as military operations at Incirlik have increased. The base is on the front lines of the fight against the Islamic State group in Syria and Iraq, with U.S. fighters routinely launching from Incirlik on strike missions.

But the security situation in Turkey has been deteriorating in recent months as Turkey has been hit with a series of terrorist attacks, including high-profile bombings in Istanbul, Ankara and southern Turkey. Defense Department personnel and their dependents in Europe are restricted from traveling there.