Tanks change their spots as USAREUR renews focus on Europe 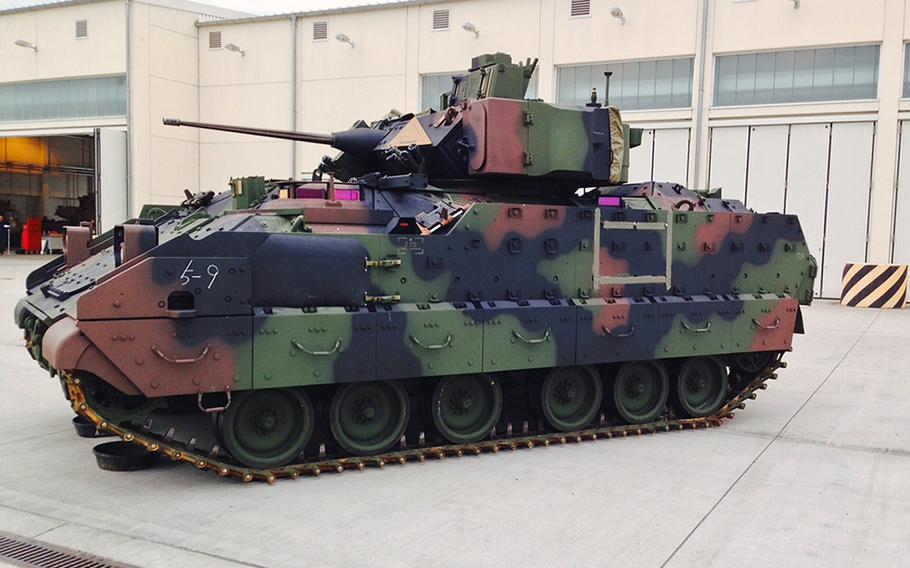 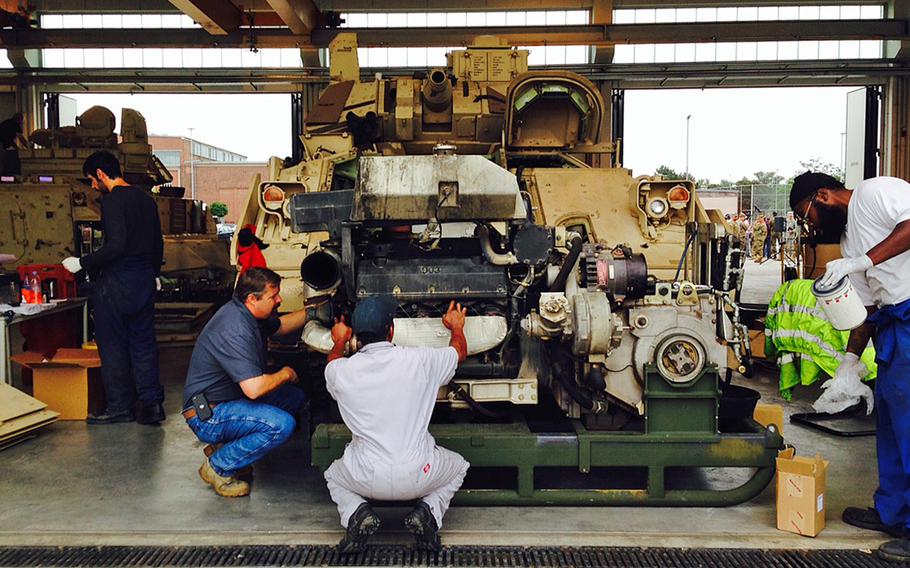 Buy Photo
Mechanics work on the engine of a U.S. Army Bradley Fighting Vehicle in a motor pool at Coleman Barracks in Mannheim, Germany, Tuesday, Sept. 1, 2015. (John Vandiver/Stars and Stripes) 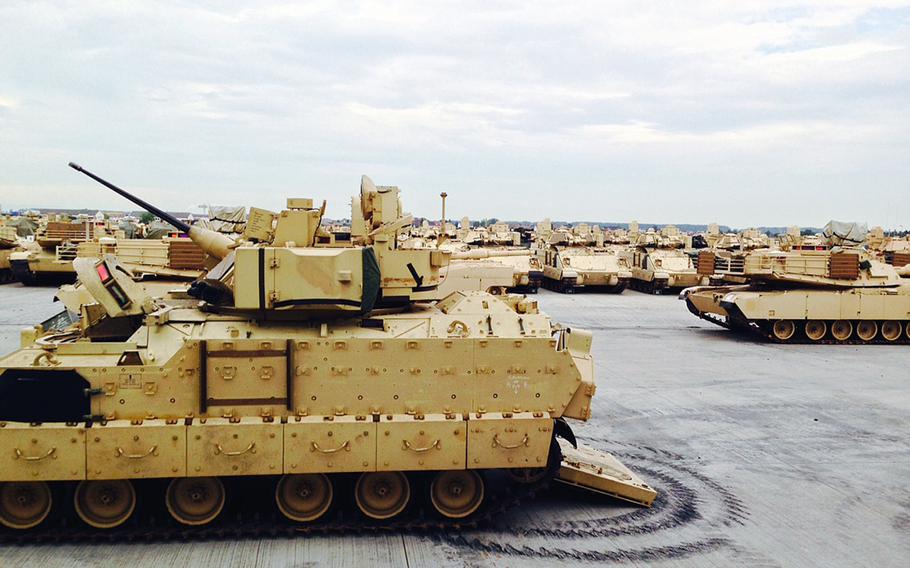 MANNHEIM, Germany — Europe-based tanks and other armored vehicles will soon be repainted to woodland green in a strategic shift away from the desert tan that has marked the Army’s fighting vehicles for more than a decade.

The vehicles had been painted desert tan for operations in the Middle East; the return to the forest colors coincides with security concerns among eastern NATO allies since Russia’s intervention in Ukraine last year.

During a stop at the Army’s Coleman Barracks in Mannheim on Tuesday U.S. Army Europe commander Lt. Gen. Ben Hodges said the conversion is more than symbolic.

“It is about deterrence and reassurance, and paint — all of a sudden that matters,” Hodges said during a tour of Coleman Barracks, where nearly 200 Bradleys, tanks and other heavy vehicles are stored for use by troops rotating through eastern Europe and the Baltics.

Hodges, along with a team from USAREUR and several other commands, examined the facilities at Coleman as part of a “Terrain Walk” through key logistical hubs in Germany.

Coleman, which the Army left in 2011, was set for turnover to the Germans last year. But after Russia’s annexation of Ukraine’s Crimea Peninsula, the Army decided to keep the site, reaching a deal to do so on a temporary basis just three days before the planned turnover.

The fighting vehicles stored here are a key part of USAREUR’s rotation of troops and vehicles into the Baltics and eastern Europe.

At Coleman, military officials discussed ways to improve the flow of equipment to the region, much of which moves by rail. For the Army, large-scale gear and troop movements around Europe have demanded that the Army relearn old logistical skills not exercised during the war years in Iraq and Afghanistan, officials said.

Soon, the 21st TSC will be pushing green vehicles into Europe's east, with tanks set for paint jobs in the week ahead, officials at Coleman said.

Looking at one freshly painted Bradley, Hodges said: "That looks like it is here to stay."