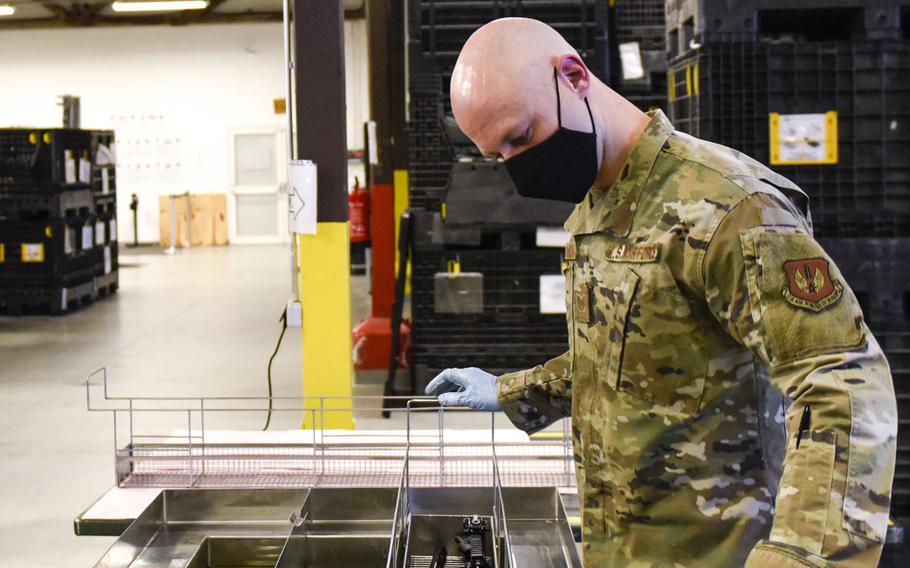 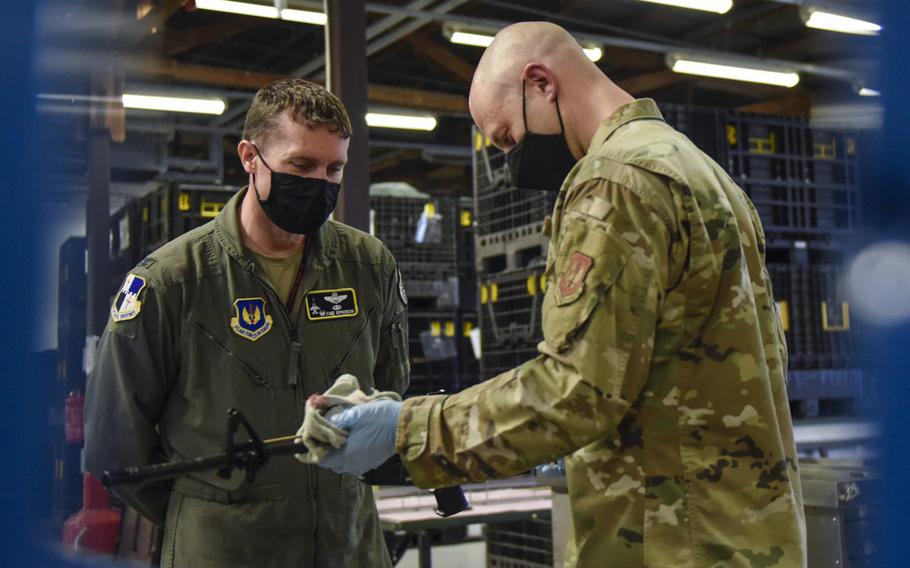 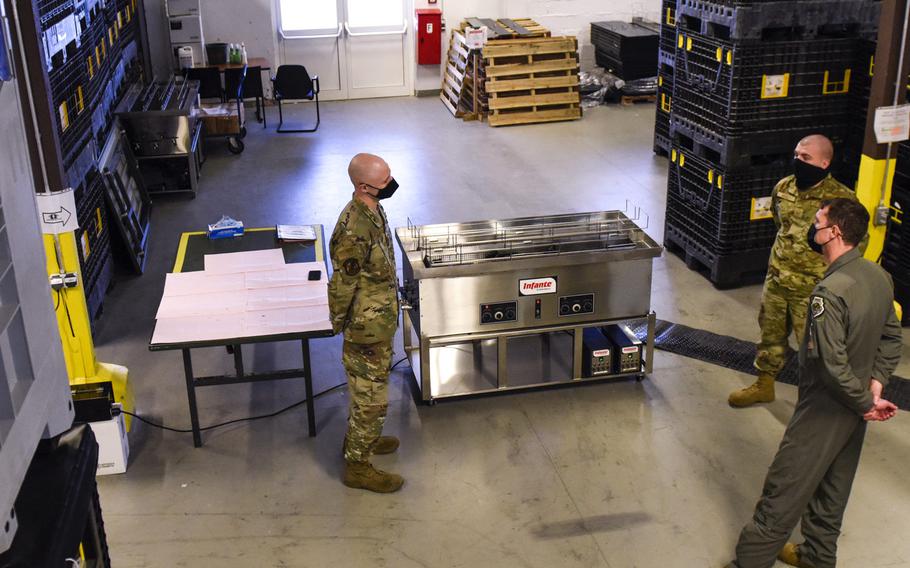 A U.S. Air Force base in Germany has slashed the time and cost of a common chore after thousands of M4 rifles failed an inspection — but the Army says the cleaning method they used may do “too good a job.”

A project at Spangdahlem Air Base spearheaded by Tech. Sgt. Kyle Deconnick brought in two ultrasonic cleaning systems that use sound waves to strip away what elbow grease alone cannot. It’s expected to improve efficiency by 1,800% and reduce labor costs by some 95%.

Deconnick, 33, started hunting for a system that would offer the “best bang for the buck” for cleaning the unit’s 2,700 brand new M4 rifles last year, after all but 5% of them failed an inspection.

Before the failed inspection, 110 airmen had worked in 8-hour shifts for a month, but couldn't remove all the excess corrosion protectant, known as Cosmoline, caking the factory-new rifles. Any trace in hard-to-reach spots, like the iron sights, resulted in an automatic failure.

But the base needs the rifles to be ready for some 600 troops who could deploy on a minute’s notice to Africa or the Middle East, and for local base defense, said Deconnick, who is the noncommissioned officer in charge of individual protective equipment for the 52nd Logistics Readiness Squadron

“It’s definitely critical for us to get all these firearms completely certified and in-service checked before … something popped off,” he said.

Deconnick pored over YouTube videos and other online resources, before selecting a system made by New Jersey-based Infante Ultrasonics.

With help and advice from a few others — Tech. Sgt. William Fields, Tech. Sgt. Phillip Manwaring, Tech. Sgt. Jonathan Kissee, and a civilian advisor Matthew Kaleikini — he secured funding and procured two machines, which arrived a few months ago.

But while Air Force regulations allow the use of ultrasonic tanks for mass cleaning of small arms, the Army has warned never to use them or their water-based cleaning solution for that purpose.

In a February 2005 comic strip in the service’s monthly preventive maintenance bulletin PS Magazine, the character Master Sgt. Half-Mast warns that ultrasonic cleaning tanks do such a good job, they can ruin a weapon by removing its protective finish, leaving it more likely to rust.

“There has been no change,” the Army’s Tank-automotive and Armaments Command said in a recent email. “Use of ultrasonic cleaners is not authorized. Units should refer to their corresponding TMs (technical manuals) for authorized cleaning procedures.”

Still, military contracting data show that, since 2007, the Army, Navy, Air Force, Special Operations Command and the Defense Logistics Agency have spent more than $3 million on such systems, including about $90,000 on Infante systems.

“They don’t understand OUR process,” company founder and owner Greg Infante said in an email after reviewing the Army comic. He says his firm's water-based solution reduces exposure to dangerous chemicals and leaves less hazardous waste.

The ultrasonically applied lubricant is moisture-displacing, Infante said, and after the excess is blown off with compressed air, it leaves a dry protective film on the parts, which are then supposed to be hand lubricated before reassembly.

“Our process, when used as instructed, will only restore the firearm to factory new cleanliness,” Infante said.

The custom-made machines and cleaning solvent supplies used at Spangdahlem cost $47,500. They’re projected to save some 15,000 personnel hours by the time all the rifles have been cleaned once — about $945,000 in reduced labor costs.

More than 400 weapons have been cleaned since the tanks arrived in September, Deconnick said last month.

A four-person crew can run 12 rifles through every two hours. They're expected to finish cleaning all the rifles early this year.

“I really wish that I had an actual rusted firearm to actually put through that process,” Deconnick said. “I’d love to see how that one turns out.”