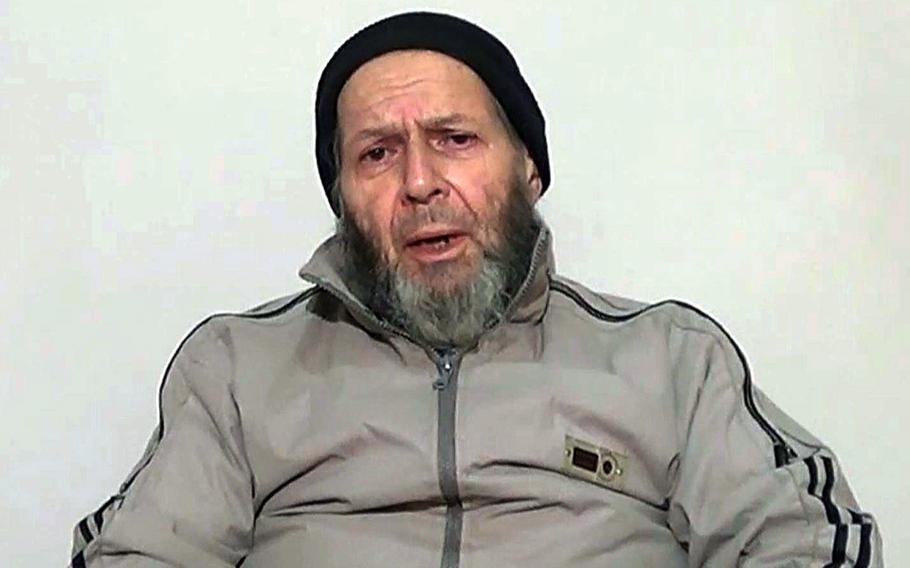 A video screen grab shows Warren Weinstein, an American development worker who was kidnapped in Pakistan by al-Qaida, appealing to President Obama to negotiate his release. (AP)

While the Europeans deny paying ransoms, an investigation by the Times found that al-Qaida and its affiliates have taken in at least $125 million from kidnappings since 2008 — $66 million just last year.

In news releases and statements, the United States Treasury Department has put the figure closer to $165 million.

These payments were made almost exclusively by European governments, who funneled the money through proxies, sometimes masking it as development aid, according to interviews the Times did with former hostages, negotiators, diplomats and government officials in 10 countries in Europe, Africa and the Middle East.

Al-Qaida long received most of its money from wealthy donors, but counterterrorism officials now think the group finances the bulk of its funding from ransoms paid to free Europeans.

Senior diplomats involved in past negotiations have described the decision to pay ransom for their citizens as an agonizing calculation: Accede to the terrorists’ demand, or allow innocent people to be killed — often in a gruesome, public way.

Yet paying has set off a vicious cycle, some contend.

“Each transaction encourages another transaction,” said David Cohen, the Treasury Department’s undersecretary for terrorism and financial intelligence, in a 2012 speech.

To minimize the risk to their fighters, terrorists outsource hostage-taking to criminal groups who work on commission, the Times reported.

Their business plan includes a step-by-step process for negotiating, starting with long periods of silence aimed at creating panic back home. Hostages are then shown on videos begging their government to negotiate.

Although the kidnappers threaten to kill their victims, a Times review of the known cases revealed that only a small percentage have been executed in the past five years, a marked turnaround from a decade ago, when videos showing beheadings of foreigners held by the group’s franchise in Iraq would regularly turn up online.

Only a handful of countries have resisted paying, led by the U.S. and Britain, according to the report. Although both have negotiated with extremist groups — evidenced most recently by the trade of Taliban prisoners for Sgt. Bowe Bergdahl — they have drawn the line when it comes to ransoms.

It is a decision that has had dire consequences, the Times wrote. While dozens of Europeans have been released unharmed, few American or British nationals have gotten out alive. A lucky few ran away or were rescued by special forces. The rest were executed or are being held indefinitely.

“The Europeans have a lot to answer for,” said Vicki Huddleston, the former United States deputy assistant secretary of defense for African affairs. “The danger of this is not just that it grows the terrorist movement, but it makes all of our citizens vulnerable.”