Police to block off downtown Kaiserslautern for fun run 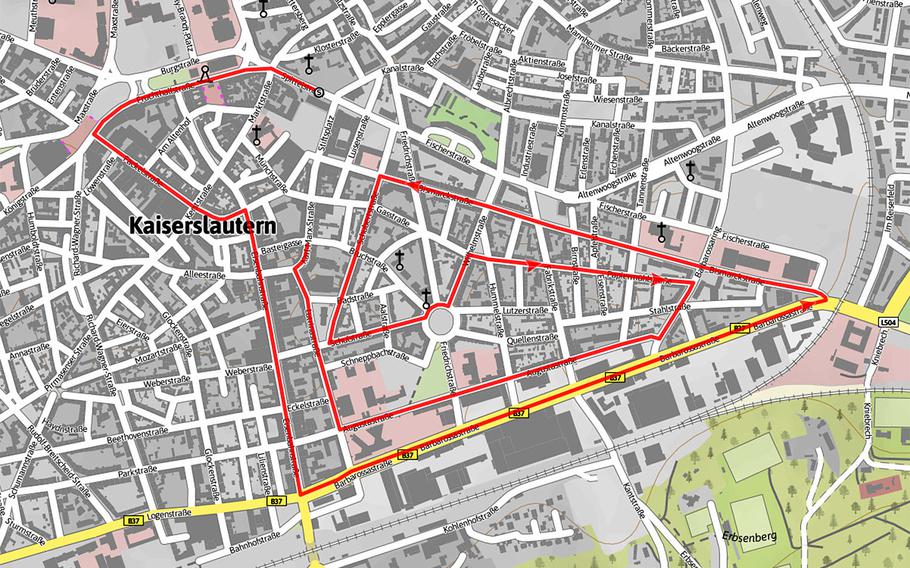 KAISERSLAUTERN, Germany — Several streets in downtown Kaiserslautern will be closed on Wednesday due to the annual Firmenlauf, or Company Run.

Kaiserslautern police warn drivers to expect traffic delays and closures until about 8 p.m. Driving in and out of some parking garages downtown also will be blocked and some bus lines will be affected.

The run starts on Spittelstrasse and ends on Karl-Marx-Strasse near Stiftsplatz.

Organizers said they expect 8,000 people to take part in the run and after-run party with live music, food and drink.

This is the ninth year the Company Run, in which participants will compete in such categories as the “fittest company” and the “fastest boss.” The road closures regularly result in traffic gridlocks near and around the route.