Police expand search near Ramstein Air Base for man suspected of killing his mother, her partner 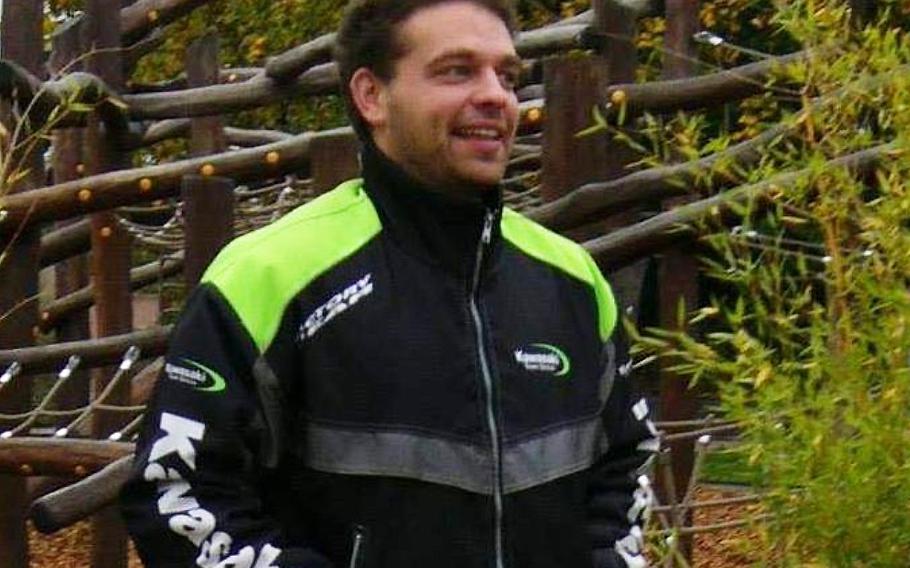 Daniel Mentel, 38, shown here in an undated photo, has been identified as a suspect in the killings of two people in Weilerbach, a village near Ramstein Air Base in Germany. (Rheinland-Pfalz police )

Daniel Mentel, 38, shown here in an undated photo, has been identified as a suspect in the killings of two people in Weilerbach, a village near Ramstein Air Base in Germany. (Rheinland-Pfalz police ) A police car is parked outside a home on the outskirts of Weilerbach, Germany, Wednesday, March 10, 2021, at the scene of what is believed to be a double homicide. Police are still searching for a suspect. Several officers could be seen walking around the back side of the property Wednesday. (Jennifer H. Svan/Stars and Stripes) 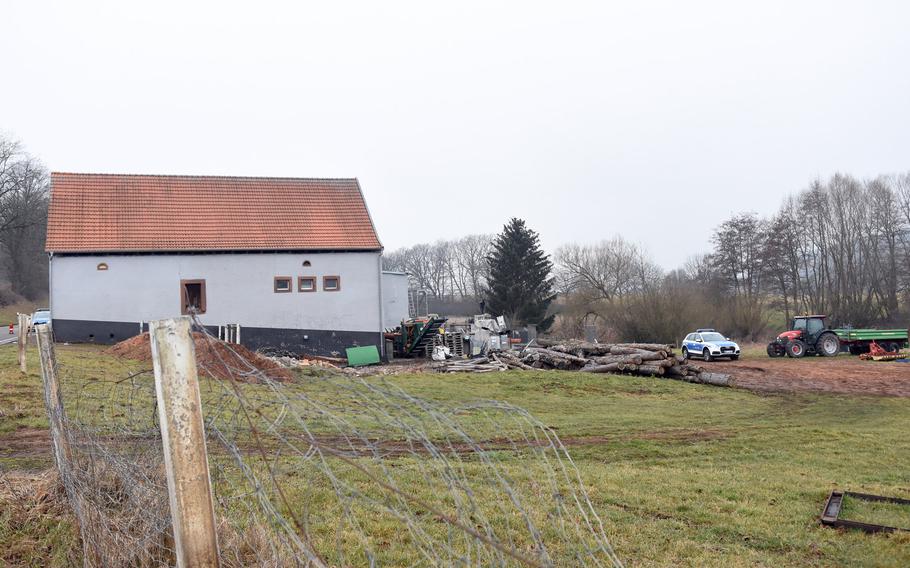 This farmstead on the outskirts of Weilerbach, Germany, is believed to be the scene of a double homicide. Police were still searching for a suspect Wednesday, March 10, 2021, after Kaiserslautern police said two people were found dead inside a residential building in Weilerbach on Tuesday morning. Several police officers were seen walking around these buildings, located on the road going between Weilerbach and Hirschhorn. (Jennifer H. Svan/Stars and Stripes) Two people take photos March 10, 2021, at a Weilerbach property believed to be the scene of two killings Tuesday. Police are still searching for a man they suspect was involved in the deaths. (Jennifer H. Svan/Stars and Stripes) The home believed to be the scene of a double homicide, near the Mueckenhof area in Weilerbach, Germany, on Wednesday, March 10, 2021. Police are still searching for a suspect after two people were found dead Tuesday. (Jennifer H. Svan/Stars and Stripes)

Update: Here's the latest news on this case, as of noon (CET) Thursday, March 11.

A German man suspected of killing his mother and her partner in their Weilerbach home remained at large Wednesday as police expanded their search in neighboring villages near Ramstein Air Base.

Daniel Mentel, 38, is wanted in connection with the killing of a man, 65, and Mentel's mother, 60, who were found dead Tuesday morning in a residential building, Kaiserslautern police said.

Preliminary autopsy results found “that the death of the two victims was caused by violence — but not by gunshot wounds," Rheinland-Pfalz police said in a statement Wednesday.

The search for Mentel extended eastward Wednesday night to Sambach, an area between the villages of Katzweiler and Otterbach, Kaiserslautern police said on Twitter. They asked residents there to stay in their homes and warned drivers to avoid the area.

The area has a population of about 14,000, including many Americans affiliated with the U.S. military at Ramstein and other bases in Kaiserslautern.

A search helicopter hovered over the villages Wednesday and several police cars were parked outside Mentel’s listed address, a building next to a farm on the outskirts of Weilerbach where the killings are believed to have occurred. A window and construction business, Fensterbau Mentel, is registered to the same address.

Mentel was described by police as about 5 feet, 7 inches tall, with short curly hair. He was last seen wearing green work pants, a dark softshell jacket and black work shoes, police said in a statement Tuesday.

Area residents are no longer being advised to stay home, but should remain alert when outside and should not approach the suspect if they see him.

“We cannot rule out that the man is armed,” he said.

Police are also warning drivers not to pick up any hitchhikers in the area.

Anyone driving through the search area may encounter roadblocks and traffic stops, Erfort said.

“You have to expect that the police will stop and check you,” he said.

The L356 road between Weilerbach and Hirschhorn, which was blocked Tuesday and runs close to Mentel’s address, was open again Wednesday morning.

Erfort declined to discuss a motive for the suspected homicides, citing the ongoing investigation.

Mentel is also suspected of having started two fires in the nearby villages of Mackenbach and Erzenhausen late Monday night and Tuesday, police said. The fires caused significant property damage but no one was hurt, police said.

Police asked anyone with information regarding the suspect or the incident to call the Westpfalz police at 0631-369-2999. Anyone who sees Mentel should dial the emergency number 110, Erfort said.