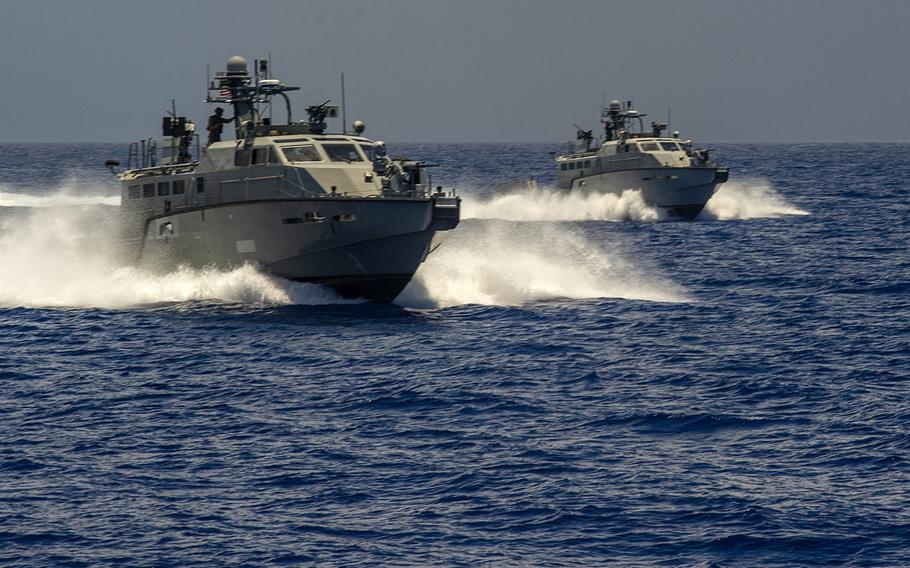 STUTTGART, Germany — The Pentagon is delivering more armed naval craft and counterartillery gear to Ukraine in a $125 million aid deal to help the nation fend off Russian expansionism.

The most recent equipment, which was provided under the Ukraine Security Assistance Initiative, included two Mark IV patrol boats, tactical gear, radars and other equipment to improve command and control capabilities, medical treatment and combat evacuation.

“This action reaffirms the U.S. commitment to providing defensive lethal weapons to enable Ukraine to more effectively defend itself against Russian aggression,” the Pentagon said in a statement Monday.

To date, the U.S. has provided eight Mark IV patrol boats to Ukraine along with a range of other weapons.

The U.S. has given more than $2 billion in security assistance to Ukraine since 2014, when Russian forces occupied the country’s Crimean Peninsula. The Ukrainian military continues to battle Moscow-backed separatists along the eastern border with Russia, where thousands have been killed in the fighting over the past seven years.

In 2018, Washington began stepping up its support to Ukraine by providing more lethal weaponry, such as anti-tank Javelin missiles. That year, the U.S. Coast Guard transferred two Island-class cutters, armed with .50-caliber machine guns and 25 mm deck guns, to Ukraine to bolster the country’s small navy.

The Pentagon on Monday said it is ready to provide another $150 million in weapons support, already approved by Congress, once Ukraine has made sufficient progress on key defense reforms this year.