Parachute on the loose near Grafenwoehr 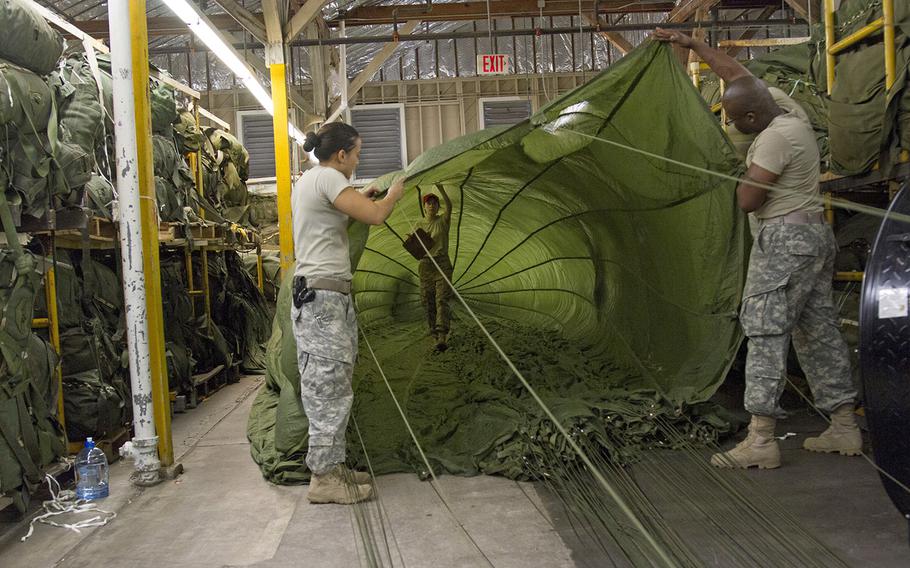 U.S. soldiers inspect the inside of a G-11 cargo parachute at Fort Bragg, N.C. on July 30, 2015. A similarly-sized parachute was cut loose near the German town of Hutten during a training mishap aboard a C-130 cargo plane passing overhead on Friday, September 9, 2016. (Taryn Hagerman/U.S. Army)

Army officials say a cargo parachute has gone missing after being cut loose from a C-130 cargo plane near the town of Hutten, Germany.

The 5th Quartermaster Company, 21st Theater Sustainment Command was undergoing routine cargo drop training at the U.S. Army training grounds in nearby Grafenwoehr when a parachute failed to drag out its intended cargo.

The aircraft’s crew then cut the parachute free to prevent it from dragging the cargo out over a populated area, according to a statement released by the 7th Army Training Command.

A recovery team was sent from the 7th ATC to find the rogue chute, but it has yet to be found.

The command is asking that anybody who discovers the parachute contact: usarmy.bavaria.7atc.list.pao-all@mail.mil