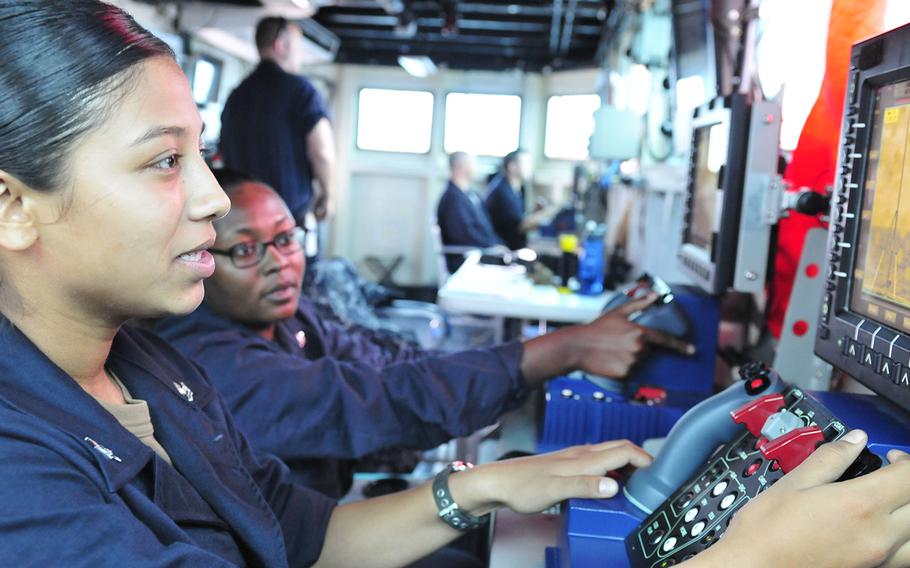 The Navy’s new performance reports will gather input from subordinates and peers, the service said in a message outlining a long-awaited overhaul to the evaluation system.

The move away from evaluations based entirely on supervisor assessment is one of several changes in store for the new system, which will also expand the current 5-point system to a 9-point scale that ranks sailor performance traits across multiple categories. The administrative message did not elaborate on those standards, but the Navy currently rates sailors in seven categories, including teamwork, professional knowledge and character.

“The new evaluation system will place emphasis on merit over seniority or tenure,” according to the message, signed Nov. 18 by Navy personnel chief Vice Adm. Robert Burke.

The new standards eliminate “forced distribution,” where sailors get ranked against their peers in categorized groups within a command, the message stated. Sailors will instead be rated on paygrade-based objective standards.

The change is part of a larger push from Navy leadership called Sailor 2025, an initiative designed to improve pay, personnel and career management systems. It also seeks to instill a coaching system – now in testing among 10,000 sailors across 140 commands -- that gives sailors more immediate feedback on their performance.

The coaching phase starts with a self-assessment and combines input from subordinates, peers and supervisors. The sailor and supervisor will then receive a report to better enable coaching sessions, which the message states “are not occurring consistently across the Fleet today.”

The coaching system is expected to roll out in mid-2019, followed by the changes to the evaluation system “soon after,” according to the message.

“This will allow for much better mid-term counseling across the Fleet next year and set the conditions for a smooth transition to the enhanced evaluation system,” the message stated.

The Navy is also introducing a mobile application for sailors to use the assessment tool. Sailors interested in trying it out during the test phase can visit the MyNavy Portal.